The U.S. Department of Energy announced a breakthrough in nuclear fusion on Tuesday that puts the world one step closer to harnessing an abundant energy source free from carbon emissions and long-lived radioactive waste.

U.S. Energy Secretary Jennifer Granholm confirmed that scientists achieved a reaction that created more energy than was used — known as a net energy gain — at the federally-funded Lawrence Livermore National Laboratory in California.

“Last week at the Lawrence Livermore National Laboratory in California, scientists at the National Ignition Facility achieved fusion ignition,” Sec. Granholm said. “It’s the first time it’s ever been done. … Simply put, this is one of the most impressive scientific feats of the 21st century.”

Such a development carries broad implications for renewable energy and long-term solutions to replace fossil fuels, though the benefits are still decades away.

“It'd be an enormous game changer,” Constellation Energy CEO Joe Dominguez told Yahoo Finance Live on Monday (video above). “We've been chasing this for a long time. But the developments we saw out of Lawrence Livermore are, I think, the best developments on fusion energy that we've seen since the work at Princeton probably 30 years ago with the TFTR [Tokamak Fusion Test Reactor]. So it's very exciting. It's transformational.” 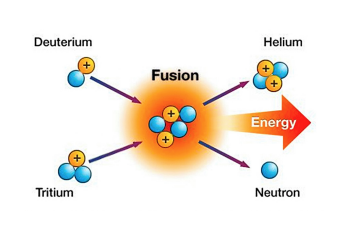 A nuclear fusion reaction, which is what keeps the sun and other stars burning, occurs when the nuclei of two atoms fuse into one atomic nucleus. When that happens, the excess mass converts into energy. (The reverse process, nuclear fission, powers existing nuclear power plants and bombs.)

Scientists have been working to achieve sustained nuclear fusion since the Lawrence Livermore Laboratory was founded in the 1950s, but replicating the conditions found within the massive cores of stars in labs on earth has proven to be a seemingly intractable problem.

One difficulty has been in running the reaction long enough to ignite a chain of reactions. Another related challenge has been unleashing larger amounts of energy.

Experts say that nuclear fusion releases 4 million times more energy than burning oil or coal. Put another way, a pickup truck filled with nuclear fusion fuel has the equivalent energy of 2 million metric tons of coal or 10 million barrels of oil. And it produces that energy without the drawbacks of other sources, namely climate change causing carbon emissions and lasting hazardous waste. 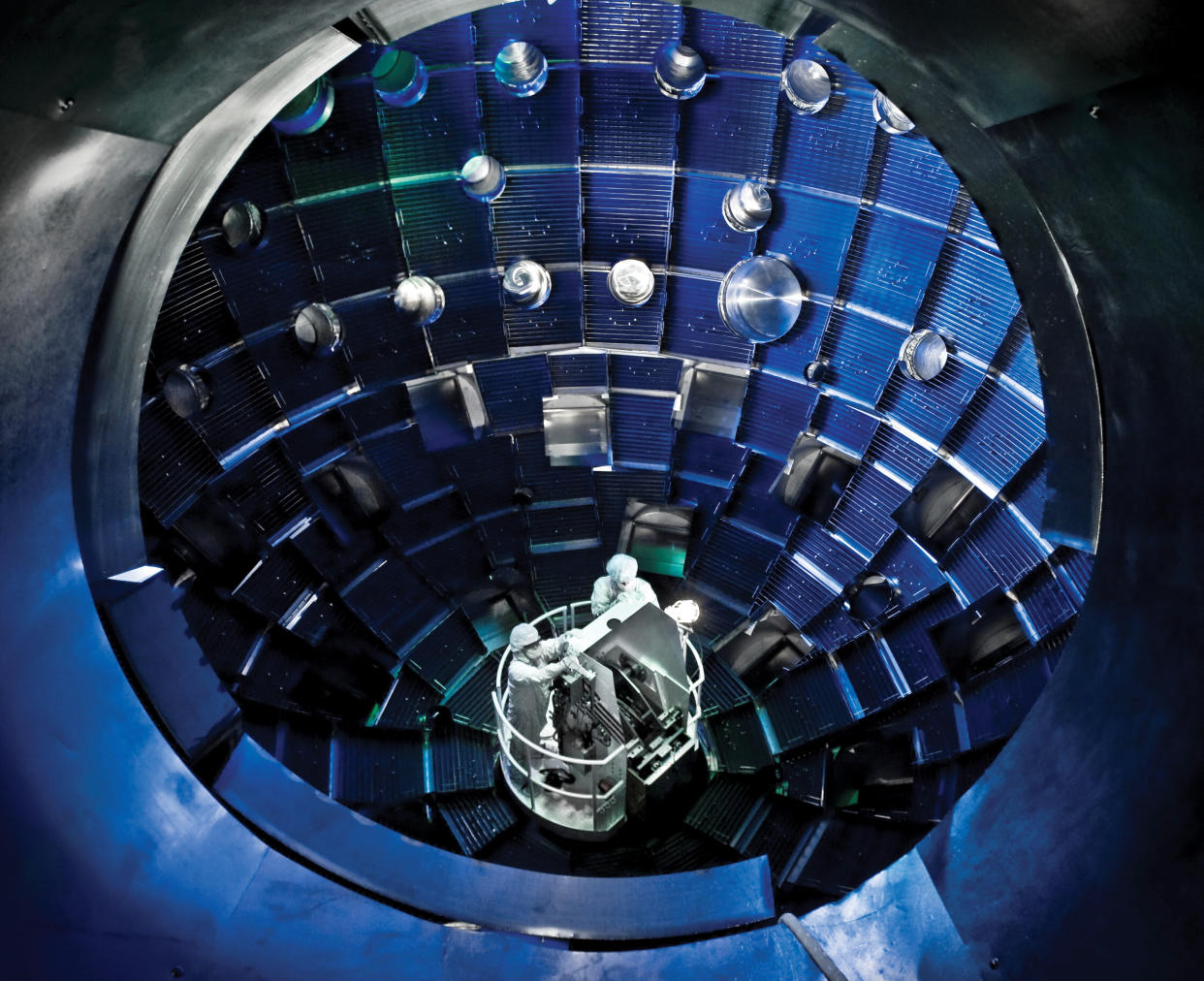 Recent years have shown more promising results, partly due to improved technology and a growing appetite for zero-carbon energy. Donut-shaped reactors using large magnets have been able to extend the time of the reaction. Earlier this year, one such reactor in China set a record for the longest sustained nuclear fusion reaction at 17 minutes. Other tests have claimed to reach a breakeven point, meaning the energy output equaled the energy put into the test.

The development at the Lawrence Livermore Laboratory has seemingly gone further. The National Ignition Facility (NIF) uses a different method of causing fusion by directing powerful lasers at a capsule of hydrogen atoms to generate the pressure and heat necessary.

According to The Financial Times, which first reported the news Sunday, preliminary results show ignition took place, producing 2.5 megajoules of energy, or 120% of the energy that was consumed by the lasers.

That marks a long-awaited advancement in what has been considered a moonshot technology for decades. However, there's still a long runway ahead to move from small reactions in laboratory settings to commercial nuclear reactors.

Specifically, nuclear fusion won't help the world reach its 2030 net-zero targets. It may start to come into play by 2050.

“I still think we're decades away,” Dominguez said. “But this development, where we're now getting more energy out of the reaction than we're putting in to create the reaction, is a gigantic milestone.”

Grace O'Donnell is an editor for Yahoo Finance.

Read the latest news on the climate crisis from Yahoo Finance

Ghislaine Maxwell is ‘fiercely loyal’ to Prince Andrew, won’t snitch on him: ex-pal