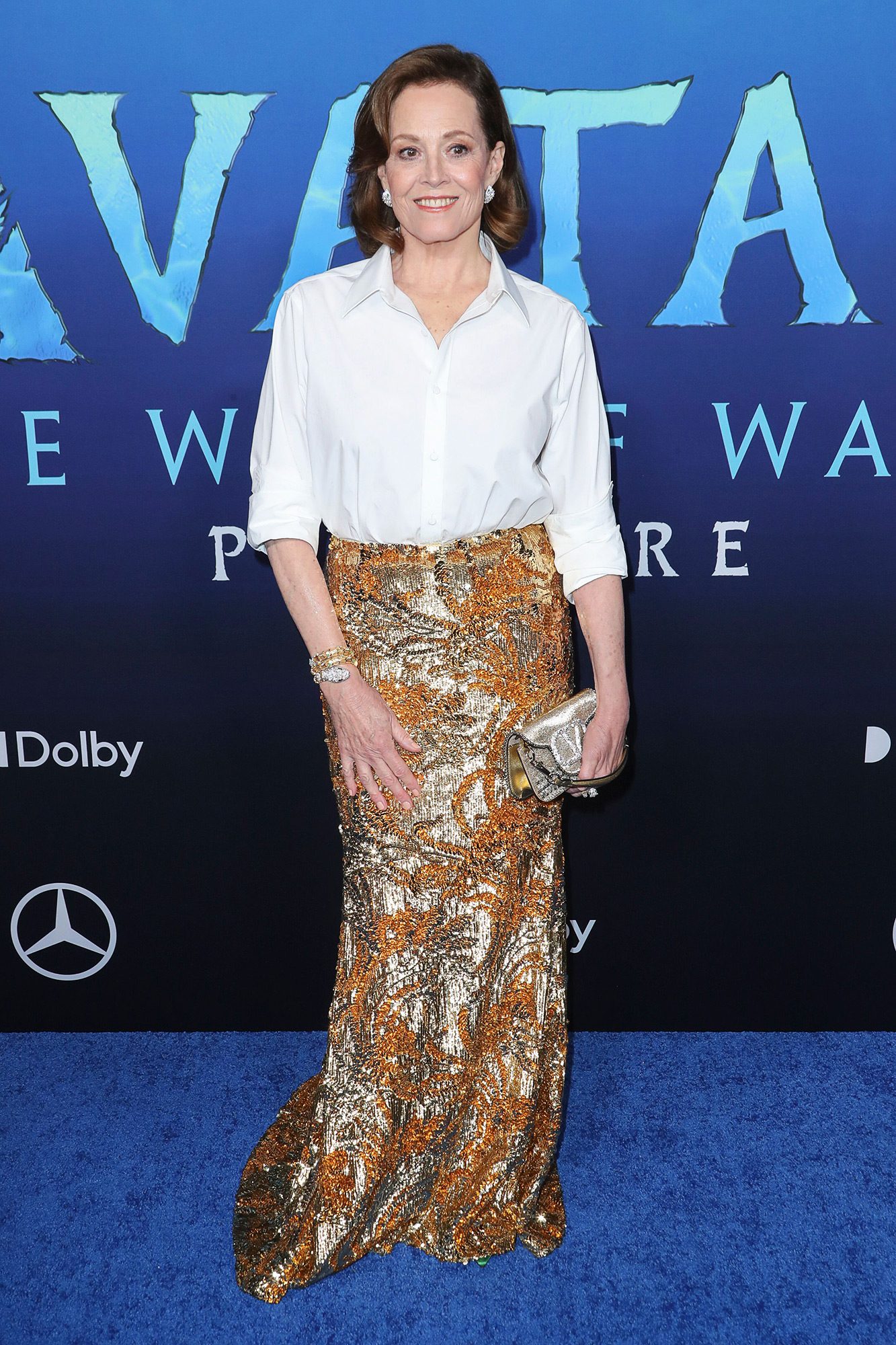 A new introduction. Sigourney Weaver revealed that her only child, Charlotte, identifies as nonbinary.

The Alien actress, 73, spoke candidly about her family life during an interview on the “Smartless” podcast earlier this month with hosts Will Arnett, Sean Hayes and Jason Bateman. Weaver has been married to Jim Simpson since October 1984, and the couple welcomed Charlotte — whom Weaver refers to as Char throughout the episode — in 1990.

“He is an absolutely amazing director,” the Holes star gushed of her husband, 66, who has an established career in both stage and screen. “I feel very fortunate — since we hardly knew each other when we got married — that I ended up marrying someone who totally got what I did, respected the time it took, really enjoys working with me on the occasional script. … I can run lines with him, we can talk about stuff.”

When asked whether she and the filmmaker started a family after their wedding, the Cabin in the Woods actress said: “We have a wonderful daughter who’s now 32 — I don’t know how, she still looks 12. … In fact, they’re nonbinary and they teach.”

Original ‘Ghostbusters’ Cast: Where Are They Now?

The Yale University alum has frequently opened up about her parenthood journey over the years, telling The Guardian in 2010 that being a mom is “absolutely the most important thing” in her life. “My family comes first and I’m so grateful to them that they let me go off and make films,” she continued. “But, you know, I find it very difficult to leave them. I hate it. I have had therapy and found it helpful in dealing with the guilt I’ve felt about leaving them. Going to New Zealand to make Avatar when my [child] was applying to colleges almost killed me.”

At the time, Weaver confessed that she “would have loved” to have expanded her family further. “But there are no regrets now because I feel so fortunate that I have one – I didn’t get married [until] I was 34,” the Oscar nominee explained. “I didn’t want to have children right away. You get the hand you’re dealt, and it took me a long time when I did want a second child, to just wake up and go: ‘Why aren’t I enjoying the child I have?’”

While opening up about her marriage on “Smartless,” the Ghostbusters actress recalled how she met Simpson — and admitted her first move didn’t quite go as planned.

“I saw this cute guy chain-smoking [at the Williamstown Theatre Festival] in front of a stack of books on Chekhov and I thought, ‘Wow, that’s my kind of guy,’” the New York native teased. “I didn’t really speak to him. … He looked like a player.”

Weaver was performing at the festival with Dianne Wiest, who gave her the courage to finally talk to Simpson at the end of the summer. “I said, ‘You see that guy over there across the room? I saw him the first day. I’m going to go over and ask him to dance.’ And she went, ‘Oh, go Siggy! Go!’ Because we both were unattached that summer.”

Despite her efforts, the Working Girl star’s request for a dance was swiftly shut down. “He caught up with me and he said, ‘I’m so sorry, of course I want to dance with you.’ But I couldn’t look at him,” she recalled. “I had been deflated so entirely. Months later, I had a Halloween square dance birthday party … and he came. He had such a good time even though he didn’t know anyone. About two months later, we decided to get married. … I’m so lucky.”

While Weaver’s child may not have followed in her acting footsteps for long, they made their acting debut alongside the Golden Globe winner in 2002’s The Guys — which was directed by Simpson.