With a career spanning over 40 years, and memorable performances in film, television, and theater, the incomparable Sheryl Lee Ralph has received her first Emmy Award. This monumental achievement marks the second time a Black woman has won the Primetime Emmy Award for Outstanding Supporting Actress in a Comedy Series.

Ralph – who earned the Emmy for her role as Barbara Howard in Abbott Elementary – gave a stirring acceptance speech, telling the audience to never give up on your dreams no matter how difficult the road ahead may be.

“To anyone who has ever, ever had a dream and thought your dream wasn’t, wouldn’t, couldn’t come true – I am here to tell you that this is what believing looks like,” the iconic actress told the crowd after accepting her award. 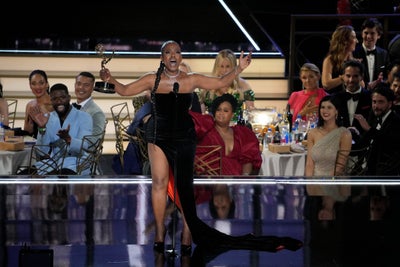 After Ralph’s emotional speech, social media went into a frenzy, with countless people expressing their excitement for the seasoned veteran. Jackée Harry, the first African American woman to win an Emmy for Outstanding Supporting Actress in a Comedy Series also gave Ralph some love on Twitter, saying: “Winning my Emmy was a career highlight, but it was also a lonely experience.”

“For 35 years I’ve been the only black woman to win Outstanding Supporting Actress in a Comedy Series,” she added. “But that all changes tonight… and it’s come full circle! #Emmys”

Congratulations to Sheryl Lee Ralph for her first Emmy Award!