Revealed: This is why buttons are on the left side of women’s shirts and on the right of men’s

If you’ve ever questioned why the buttons are always on the left side of women’s shirts and the right side of men’s, you’re not alone.

The matter has been hotly debated online as fashion fans and history buffs battle it out to decide on an explanation.

One Quora user thought they knew the answer, telling members that men’s buttons were on the right so they could easily pick up a weapon during a fight.

They added it was ‘more convenient and quicker to use their left hand for unbuttoning.’

Rich men in medieval times needed to hold a sabre in their strong arm – which was usually the right one – as they prepared to go into battle.

On the other hand, some think women needed shirts with buttons on the left so they could care for their offspring more easily.

Most mothers held their babies in their left arm, freeing up their right and stronger hand for different things.

Others think the difference came about during the emancipation of women, when they started wearing more ‘masculine’ types of clothing such as trousers.

American magazine The Atlantic said the dissimilarity was one of the many lasting legacies of Napoleon Bonaparte. 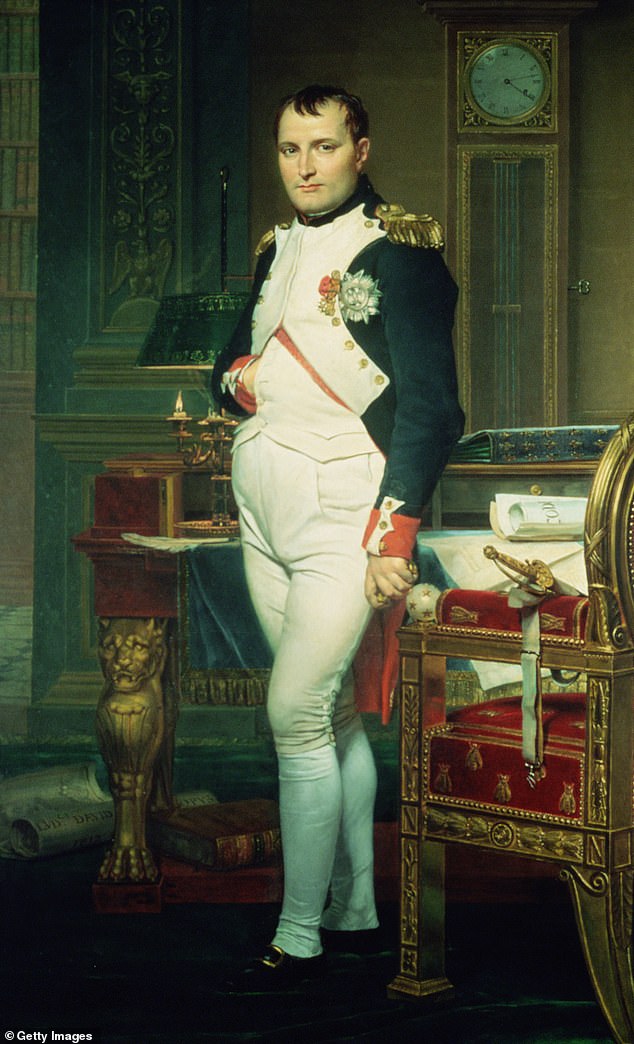 American magazine The Atlantic said the dissimilarity between men and women’s shirts is down to French military and political leader Napoleon Bonaparte.

So as a punishment, Napoleon forced manufacturers to button women’s shirts to the opposite side of men’s.

Back in 2016, Elizabeth & Clarke founder Melanie M. Moore told Today:  ‘When buttons were invented in the 13th century they were, like most new technology, very expensive.’

‘Wealthy women back then did not dress themselves — their lady’s maid did.

‘Since most people were right-handed, this made it easier for someone standing across from you to button your dress.’

Meanwhile, Benjamin Radford in Live Science wrote: ‘Depending on the era, men might wear waistcoats, pantaloons, gaiters and wool jackets.

‘But women’s clothing was far more elaborate, and could consist of a dozen or more garments including petticoats, bloomers, gowns, corsets and bustles.’

In centuries gone by, he added, men dressed themselves while women didn’t.

Having buttons on the left side for women made it easier for maids and servants to dress the lady of the house, according to Mr Radford.

But when this custom ended, no one felt it was necessary to reverse buttons on women’s shirts to the opposite side.

Like the QWERTY keyboard, buttons and zips have kept their place because there was no need or desire to switch them back.