Many untested players have crumbled upon arriving in the Premier League but plenty have hit the ground running.

The high-risk-high-reward nature of fresh arrivals can be difficult to resist and in the spirit of generosity we’ve identified which of the newbies are most worthy of selection.

Before we get into it, a couple of clarifications.

We’re only interested in new arrivals to the league rather than all transferred players so they’ll be no mention of known entities like Gabriel Jesus (£5m) and Raheem Sterling (£5m) who have switched allegiances.

And if we haven’t referenced a player then that’s because we respectfully reckon they shouldn’t be backed – either because they’re a defender representing a team expected to concede their fair share of goals or because it’s best to wait for a closer look at how they’ll adapt to new conditions. 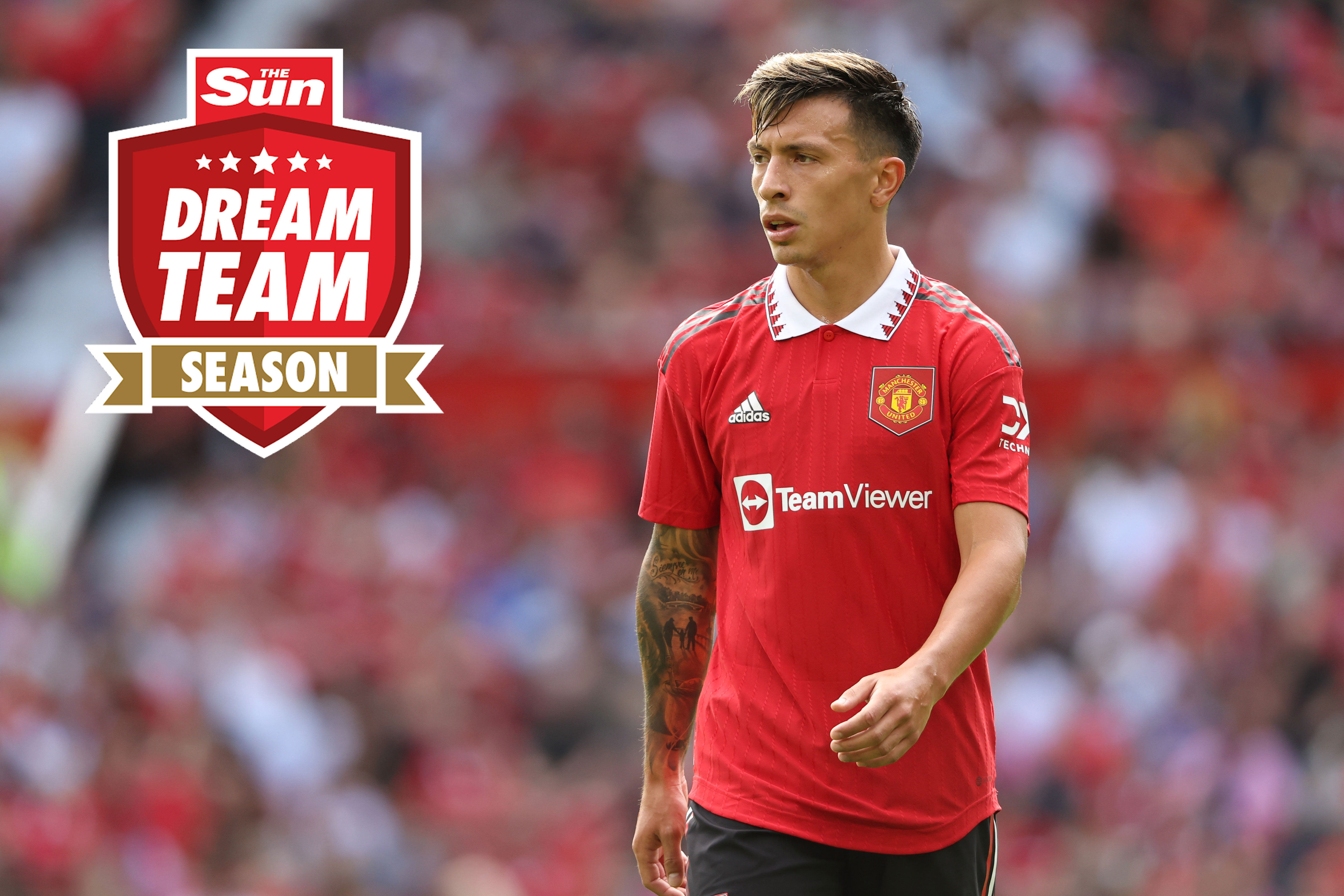 Liverpool paid £85million for Darwin Nunez (£5m) and Erling Haaland (£7m) would have cost Manchester City even more than that had they not taken advantage of the release fee clause in the Norwegian’s contract with Borussia Dortmund.

At the time of writing, Haaland is the outright most-popular player in Dream Team with an ownership of 56.8% although it’s worth noting that figure has dropped significantly since his unconvincing Community Shield performance.

Those misses at the King Power aside, the 22-year-old averages a goal a game over the last three years and while the Premier League represents a tough new challenge, he’ll be leading the line for the team that create more chances than any other.

As for Nunez, he was subjected to some social media ribbing for some pre-season rustiness but his lively cameo against City last weekend, which culminated in a goal, suggests he’s ready to stamp his authority on English football once the campaign is up and running for real.

The Uruguayan is available for £2m less than Haaland and is therefore easier to squeeze into your XI without upsetting the balance elsewhere but he doesn’t have the historical record to match City’s new poacher. 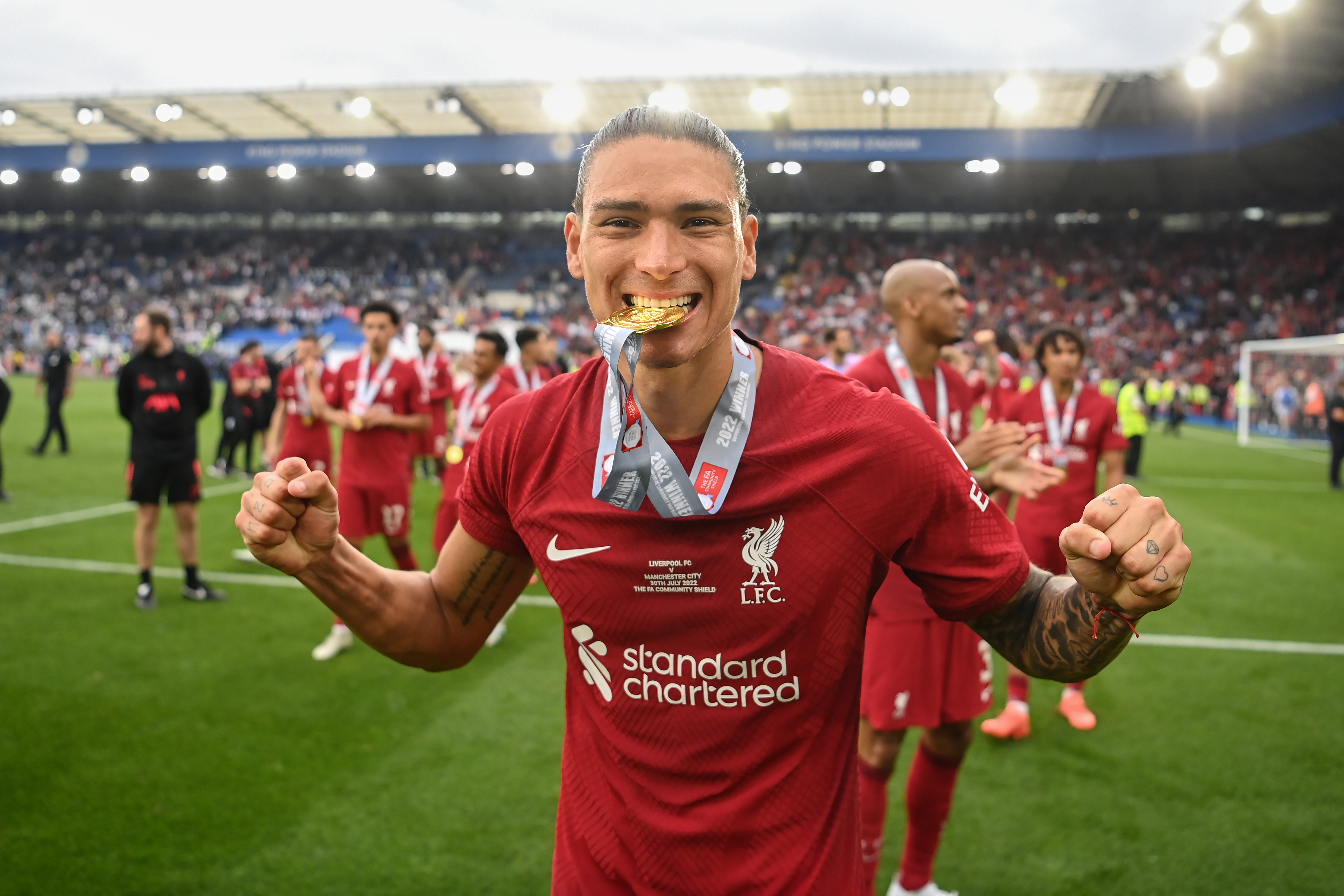 The other notable new arrivals among the so-called ‘big six’ are centre-backs Kalidou Koulibaly (£4.5m) and Lisandro Martinez (£3.5m), who have joined Chelsea and Manchester United respectively.

Defenders under Thomas Tuchel’s watch have racked up points for fun since the German took charge at Stamford Bridge so the Senegal international may well fill the hole left by Antonio Rudiger in the world of Dream Team.

The Blues haven’t enjoyed the best summer as transfer dealings have proved to be difficult but there’s hope quality recruits will be added in the coming days.

In regards to Erik ten Hag’s requested signing, the Argentine defender’s viability all hinges on whether the Red Devils are genuinely improved from what was ultimately a flat campaign in 2021/22.

Clean sheets were hard to come by under Ole Gunnar Solskajer and Ralf Rangnick which meant dismal returns for the likes of Harry Maguire (£3m) and Luke Shaw (£3m).

Martinez could offer decent value for money but only if Ten Hag is able to iron out the structural problems that hindered the club last season.

Had the experienced Croatian been categorised as defender he would probably be one of the most-select assets overall but as a midfielder he currently appears in 5.4% of teams.

The 33-year-old is likely to be used primarily as a wing-back at Tottenham, a crucial position in Antonio Conte’s preferred system, but he’s more than capable of fulfilling a role in the front three when required.

There’s no doubt he’s got the necessary pedigree to produce respectable returns but at £3.5m he’s just as expensive as Dejan Kulusevski and the young Swede seems to be the better option having scored five goals and provided eight assists in quick time following his switch from Juventus back in Janaury. 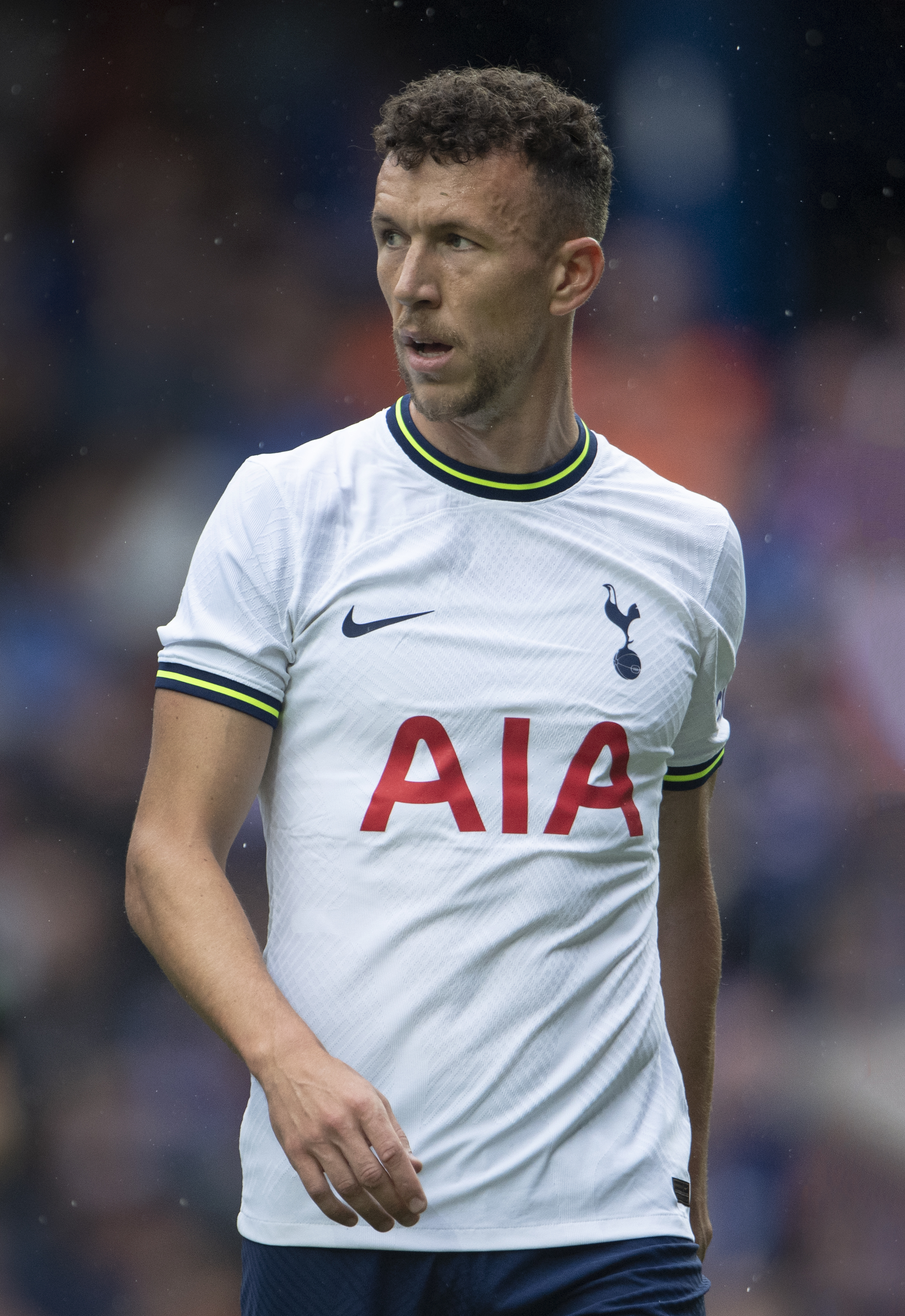 Elsewhere, Gianluca Scamacca (£2.5m) promises to be box-office one way or the other at West Ham.

There’s rarely been a dull moment in 6ft 4in striker’s career so far and the Hammers were clearly impressed with his return of 16 Serie A goals for Sassuolo last term.

It remains to be seen how the Italian slots into the pecking order at east London as Michail Antonio (£4m) has done an admirable job leading the line but if Scamacca is a regular starter, and David Moyes continues to organise his side effectively, there may not be a better option up front in his price bracket.

Leeds are one of the biggest spenders in Europe this summer but that’s mainly because they’ve also received £100million from the sales of Raphinha and Kalvin Phillips (£2m).

Looking past the defensive midfielders and right-back Rasmus Kristensen (£2m), attacking-minded midfielders Brenden Aaronson (£2.5m) and Luis Sinisterra (£2.5m) appear to be most viable options but it would take a brave Dream Team manager to back either from the get-go.

The Elland Road faithful will be hopeful the latter is Raphinha reborn but those are big shoes to fill. 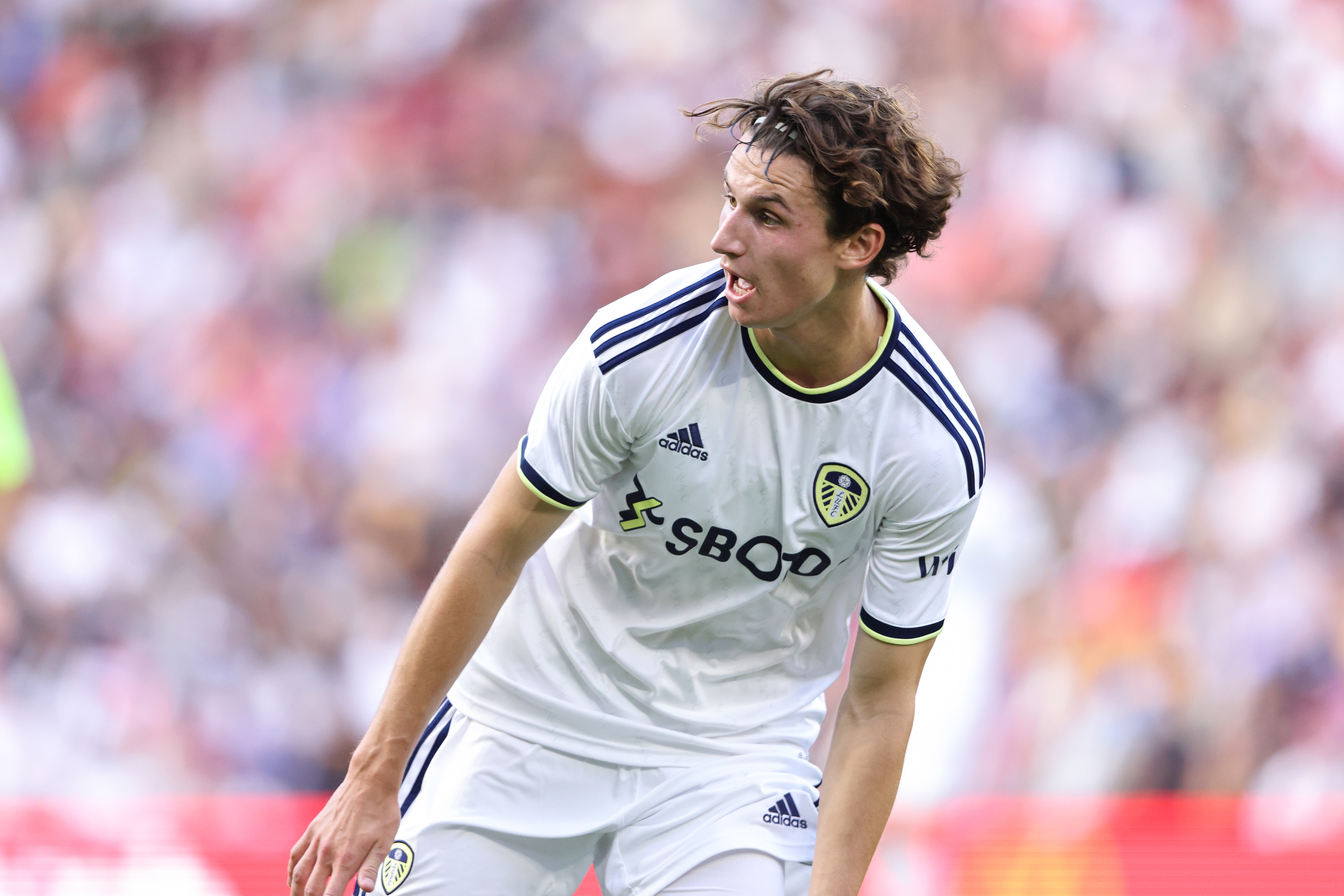 Keep an eye on Fabio Carvalho’s (£2m) minutes for Liverpool.

The 19-year-old won’t be a regular starter but he may well be unleashed upon beleaguered opposition in the last half an hour of games where he could have a lot of fun.

Formerly of Fulham, the Portuguese teenager looked a class above in the Championship last season and he’ll surely only improve under Jurgen Klopp’s guidance.

He’s one to monitor at the very least, especially at such a low price.

With Tyrone Mings (£2.5m) having been stripped of the captaincy it looks likely Diego Carlos (£3m) will be an immediate starter for Aston Villa having signed from Sevilla.

If you believe the Villains have it in them to finish in the top half this season then he could be a savvy option but it’s almost impossible to predict the fortunes of a host of mid-table clubs.

The same thinking applies to Aaron Hickey (£2m) at Brentford, Sven Botman (£2.5m) at Newcastle, and West Ham new boy Nayef Aguerd (£2.5m), though the latter is set to miss the start of the season having undergone surgery on his ankle last week. 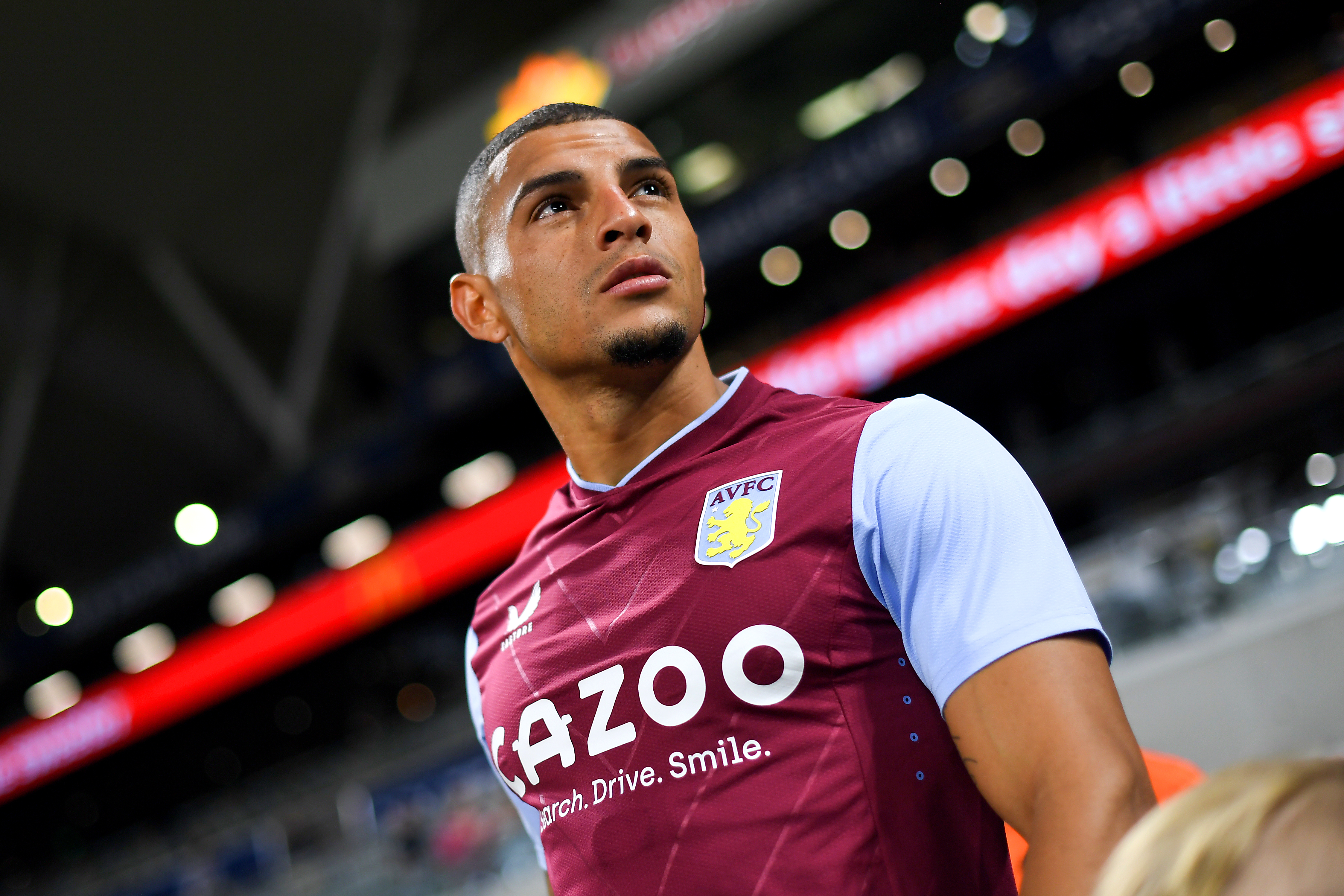 Nottingham Forest have signed a whole host of players this summer, mostly out of necessity, and it would be wise to have a good look at them all before setting an opinion in stone.

We guess that Nigerian striker Taiwo Awoniyi (£2m) will attract the most interest having scored 20 goals in all competitions for Union Berlin in 2021/22.

The 24-year-old was on Liverpool’s books until last year and may feel he has a point to prove in England – those in the market for a bargain striker should add him to their shortlist for consideration.

Bill Murray addresses alleged misconduct: ‘I did something I thought was funny’