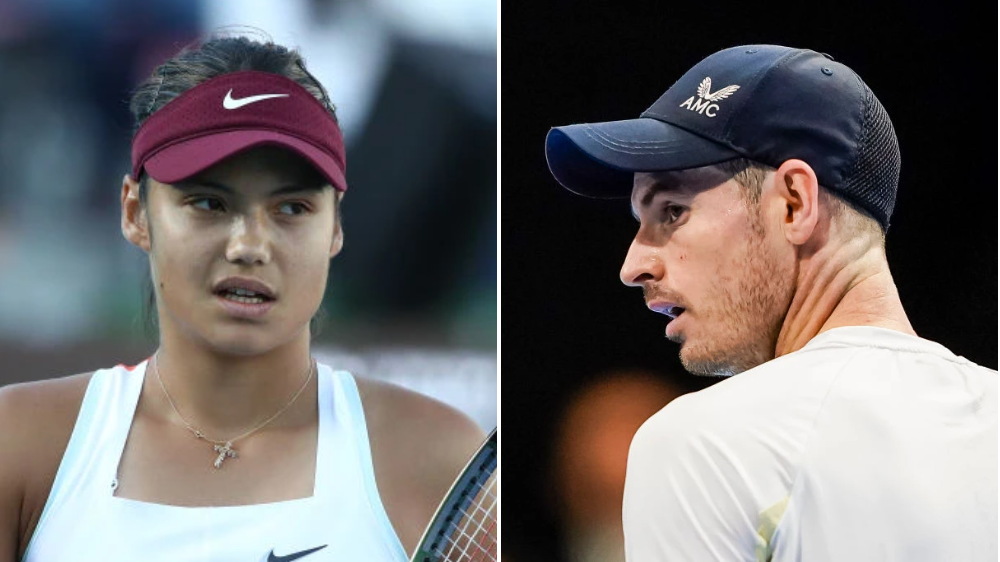 Andy Murray has warned Emma Raducanu that she will not improve her tennis if she continues to make changes to her coaching staff.

Raducanu, who stunned the tennis world by winning the US Open last year, is seeking a new permanent coach to work with after parting company with Russian Dmitry Tursunov.

The 19-year-old Brit turned to Tursunov ahead of her Flushing Meadows defence, a move which sparked controversy due to Russia’s ongoing invasion of Ukraine.

But it has not panned out and Tursunov has joined a lengthy list of former coaches who have worked alongside the world No.76 – including Nigel Sears, Andrew Richardson, Jeremy Bates and Torben Beltz.

She has also been aided by by Louis Cayer, Iain Bates and Jane O’Donoghue from the Lawn Tennis Association (LTA) and worked with American Raymond Sarmiento ahead of this year’s French Open.

Raducanu, who was ranked as high as No.10 earlier this year, recently teamed up with Murray’s former trainer Jez Green to address her ongoing injury problems.

She has withdrawn from the upcoming Billie Jean King Cup Finals in Glasgow over the wrist issue which also ended her 2022 WTA Tour campaign.

It has been a year to forget for Raducanu, who did not win a single event on the WTA Tour in 2022 and did not make the third round at any of the four majors.

Speaking about Raducanu’s coaching changes, Murray told the Daily Mail: ‘I think with any relationship, whether it’s strength and conditioning or tennis, it’s making sure you’re spending enough time with that person to really make a difference.

‘Unless you really dedicate the time, it’s difficult to make a difference. So if they get to spend enough time together, I’m sure that would be helpful.

‘If it’s not Jez, then a strength and conditioning coach full time would be helpful for her.

‘Try to improve the physical side and avoid the niggles and injuries, and the best way to do that is to get stronger and have someone around you more consistently.’

Murray, 35, said in July that was open to the idea of one day coaching British compatriot Raducanu himself.

Tursunov, meanwhile, recently spoke about his time working together with Raducanu and admitted that he saw some ‘red flags’.

‘I was walking away from Emma regardless of whether there was another (player) available or not,’ Tursunov said.

‘We didn’t agree on the terms and there were some red flags that just couldn’t be ignored.

‘Our trial period was over at the US Open but I stuck around, trying to see if there was going to be a way to impress the team.

‘She’s absolutely great, she’s a hard worker and she doesn’t think or act like she’s a superstar.

‘It was a very difficult decision for me to walk away from a player that I like and respect.’