Hello Tomorrow!, a dramedy starring and executive-produced by the Morning Show star, will premiere with three episodes on Friday, Feb. 17, 2023, the streamer announced Thursday.

New, half-hour episodes will follow weekly on Fridays through April 7.

Hello Tomorrow! is set in a “retro-future world” in which Crudup’s Jack is a lunar-timeshare salesman “of great talent and ambition, whose unshakeable faith in a brighter tomorrow inspires his coworkers, revitalizes his desperate customers, but threatens to leave him dangerously lost in the very dream that sustains him,” per the official synopsis.

Scroll down to see the first photos from Hello Tomorrow!, then hit the comments: Are you planning to watch? 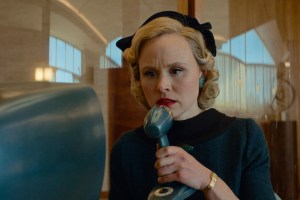 '90 Day Fiance': Bilal's Estimated Net Worth and How He Made His Money

When is The Mandalorian set?