Jenny (played by Sally Ann Matthews) and Leo (Joe Frost) have recently got engaged after a brief hiccup in their relationship. Jenny agreed to move out of Weatherfield with Leo as he prepares for a new career in Canada. However, on Monday evening, it was revealed Jenny had kissed scam artist Stephen Reid (Todd Boyd) after feeling let down and heartbroken. In a new theory, Leo could set his sights on getting revenge on both Stephen and Jenny as he flees Weatherfield.

During Wednesday night’s episode, Leo was still reeling from the news of Jenny and Stephen’s kiss, whilst the latter was nursing a bruised lip.

Witnessing the altercation, David Platt (Jack P. Shephard) teased Leo: “Some punch on you there pal.”

Taking care of her son, Audrey exclaimed: “Somebody call the police, Gail,” whilst Daisy tried to diffuse the situation: “No I don’t think we need to get the police involved.”

Jenny explained: “He didn’t mean it, did you Leo? It was my fault,” before Leo walked off and snapped: “Too right you did.” 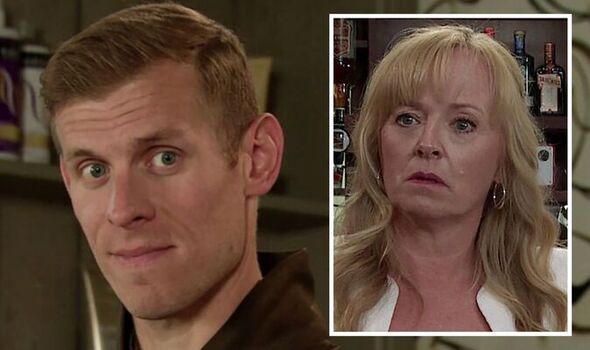 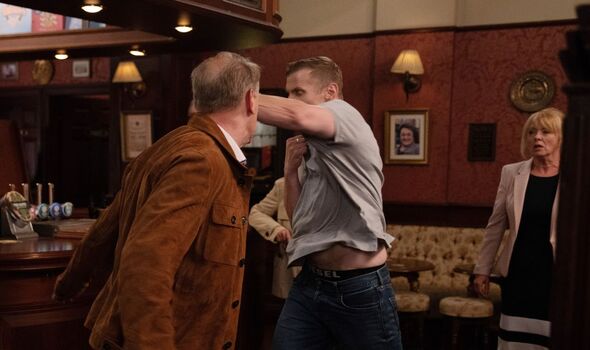 In the other room, Leo tried to comprehend what had happened and asked: “You don’t kiss someone unless you want to kiss them, why did you do it?”

Pleading with him, Jenny exclaimed: “Like I said, we had broken up and I was miserable and there’s no…”

Leo interrupted angrily: “We literally broke up for 24 hours. So it was right so it was onto the next.”

“No, I, I felt rejected and I wanted the attention, I don’t even fancy the man, I knew straight away it was a mistake, and then you came back and proposed,” she claimed trying to make Leo feel better. 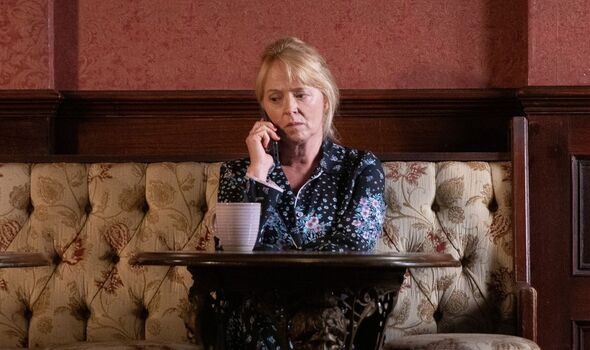 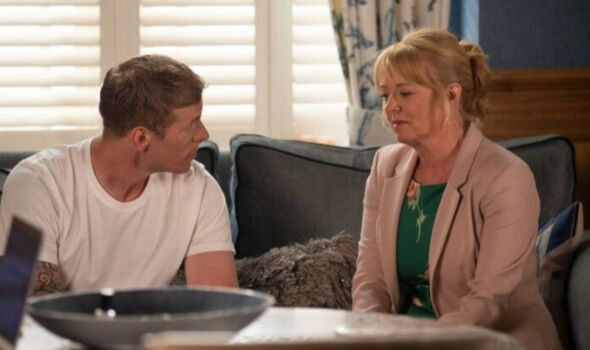 Leo exclaimed: “Literally moments after you had been kissing another man. I don’t believe this. The next argument and you’ll be off snogging another bloke.”

Adamant it was a one-time thing, Jenny begged: “No it will never happen again, I swear if you knew how bad I have been feeling about this.”

Leo stormed out leaving Jenny alone to wallow in her mistake.

After getting drunk, and having Rita Tanner (Barbara Knox) try and cheer her up, Leo soon returned to the Rover’s Return.

Not holding out much hope, Jenny asked: “He might only be back for his things, are you?”

Leo looked at Daisy as if to ask whether she knew, she replied: “It’s alright, I know it all, have done all along.

“That makes it sound like it was a big secret and it wasn’t… But just know how much she regretted it and how much she loves you, she really does.”

Walking over to Jenny and embracing her, he admitted: “I know, I love you too. I just needed to clear my head.”

“Does that mean you have forgiven me? Are we still going to Canada?” she asked, as Leo revealed that he still wanted to.

After calming down and relaxing on the sofa, Jenny suggested they order a kebab and went to tell Daisy she was locking up.

Taking out his phone, Leo looked up Stephen’s estate agent company and rang the number.

“Hi sorry to leave a message so late, I work for Stephen Reid, I understand he arranged a valuation on a property on Grassmere Drive recently.

“If you could call me back in the morning, My name is Leo.”

What could Leo be planning? Will he take revenge on Stephen for ruining his relationship with Jenny?

Leo has already told Jenny he still wants to go to Canada with her, but could it be a ploy to get his revenge for embarrassing him in front of everyone?