Emmerdale: David gets emotional at Val's funeral in 2015

Emmerdale’s Paul Lambert (played by Mathew Bose) originally arrived in the village in 2004 and was the son of Rodney Blackstock (played by Patrick Mower) and Val Lambert (Charlie Hardwick). Throughout the ITV soap, Paul starred in several dramatic storylines and he even made TV history by getting married to Jonny Foster (Richard Grieve) in the programme’s first gay wedding.

Mathew originally left the soap after Paul tried to reconcile his relationship with Jonny.

He made a brief return in 2010 when his stepsister Nicola (Nicola Wheeler) got married to Jimmy King (Nick Miles).

The actor reprised his role once again in March 2015 after his mum Val passed away.

However, viewers last saw Paul when he made the decision to move to Portugal. 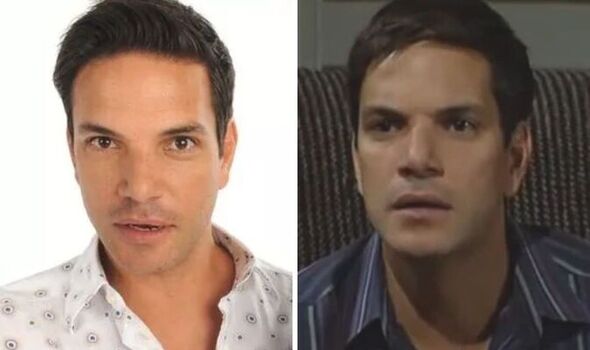 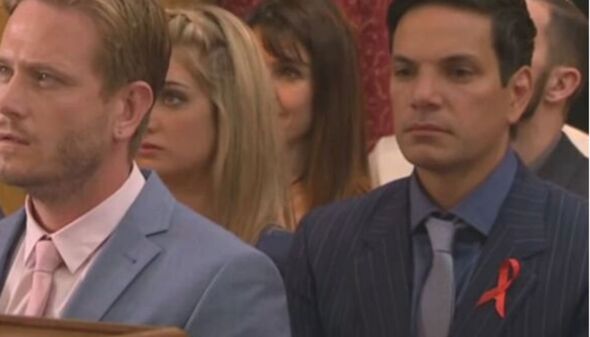 Now, in an exclusive interview with Express.co.uk, Mathew opened up about how he decided to change his name when his acting career took off in Emmerdale.

He went on to discuss his sexuality and what it was like to play a gay character.

“I was gay on television when it wasn’t really cool, you know?” the Paul Lambert star explained.

“And so I was doing drag on Emmerdale when it wasn’t really cool and I was doing gay-kissing… Daniel Brocklebank and I did a gay kiss and it was a bit too passionate, [we got] hundreds and hundreds of complaints. 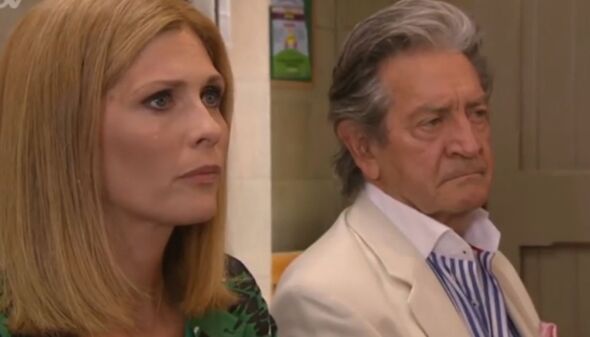 “And then I did the first primetime marriage. So, I’m now in a way of paying the price perhaps from being part of that.

“It’s quite interesting how I think gay history or LGBTQ plus history is very important, we all know that, and we’re built on the back of all these amazing people that did all this stuff before us.”

Mathew, who also starred in Channel 4’s It’s A Sin as Dr Sullivan, went on to speak about acting and how casting roles have changed.

“It’s slightly controversial to say, but when I first started in acting, I was considered too brown perhaps and too gay perhaps,” he continued. “The first one you could do something about because I can change my name.

“So Matthew is my English name, so I started using Matthew, so now I’m starting to use my Indian name again which is Rajat which is on my social media now.

“Business is saying, ‘Come on everyone come forward and reclaim your ethnic backgrounds,’ which is great and I absolutely approve of that.

“But I’m sort of caught in the middle of it really because Matthew was successful before and now Raj or Rajat is sort of being pushed forward and I am doing some [acting] bits and pieces, but really, in many ways, I’m not brown or gay enough now, just to come full circle.

“The irony is and this is a slightly controversial thing to say that in the beginning, I changed my name to Matthew because I was playing all these brown people skulking around in the background.”

He added: “And now I’m sort of doing the same thing, [but] it’s now ticking a box, whereas before it didn’t.”

Mathew went on to express his feelings about straight actors playing gay roles, admitting: “It’s not the same playing field.”

Referencing It’s A Sin, he said: “No queer role on It’s a Sin was not played by somebody who was not queer themselves.

“And then I noticed on my social media, a lot of… I have to say straight white male actors saying, ‘It’s ridiculous actors are just actors’, and you think this is where the privilege is – under their nose.

“I kept saying to people, ‘But guys what you don’t realise is, if it was a level playing field, then that would be true’.”