Mary (played by Louise Jameson) arrived in the Emmerdale village earlier this year as the estranged mother of Rhona Goskirk (Zoe Henry) and ever since, she has been involved in some pretty dramatic storylines. This has included being a carer for her future son-in-law Marlon Dingle (Mark Charnock) after he suffered a stroke and coming out as gay a couple of weeks ago. However, she could feature in her biggest one to date when her daughter gets married as it seems her death has been foreshadowed on the ITV soap.

The drama continues next week as Marlon is continuing to make progress with his physio and is looking to the future with Rhona.

As the pair have both popped the question to each other, they are eager to start putting plans in place but they want to wait until the chef is back on top form.

Known for interfering when it’s not wanted, Mary ends up accelerating the plans for the wedding as she books a date for it.

She does this behind the couple’s back as she thinks in her mind she wants to be alive to see her daughter walk down the aisle.

This is a huge hint the character is foreseeing her own death and she could know she is dying but hasn’t yet told Rhona. 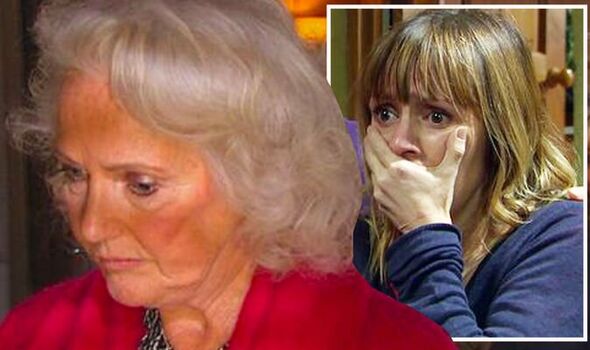 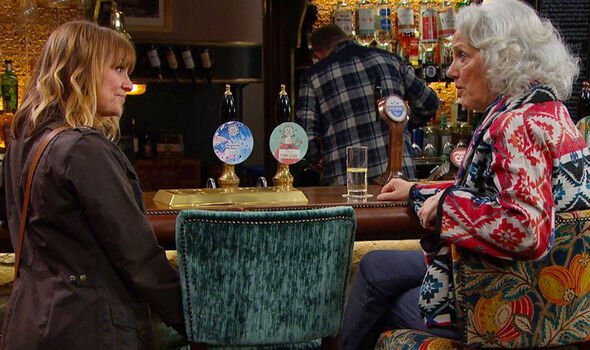 So far, there have been various explanations as to why Mary turned up in the village, from the character feeling lonely following the death of her neighbour Louise, to her wanting to tell Rhona she was gay.

However, in a shocking twist of events, it could be she has arrived in the Dales to spend time with her daughter before she dies.

The mother of one could have received the diagnosis a few months ago and wants to make up for lost time with her daughter.

Planning her child’s wedding day with her could have been Mary’s ultimate dream and therefore, she doesn’t want to sit around and wait for the big day as she might not be there.

By taking the plans into her own hands, she believes she would be able to convince her daughter this is the best course of action without telling her she is dying. 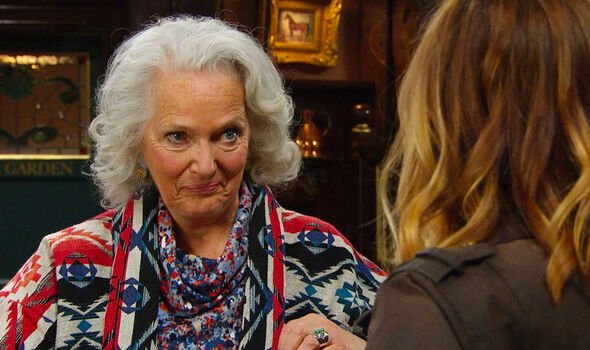 You’ll have to ask the producers

Unfortunately, when Mary sits down in the Woolpack with Rhona to tell her about everything, the vet is not best pleased.

She is furious her mother has interfered and doesn’t hold back in telling Mary exactly what she thinks about her sticking her nose in.

After weeks of not talking, Rhona could decide she will take her mother’s date for the wedding as Marlon has talked her around.

Although they want the big ceremony, the couple could agree they’ve both got married before and a simple do would be perfect.

With Marlon also on the road to recovery, they couldn’t think of any better time to tie the knot. 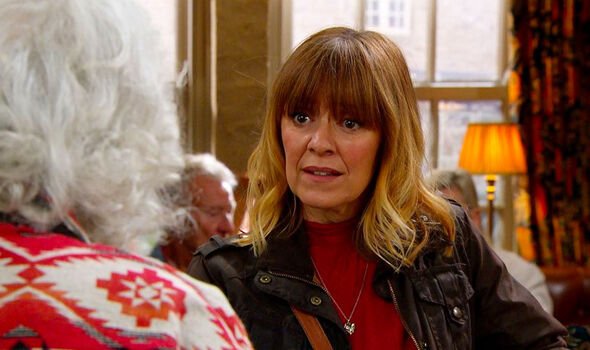 Mary could be overjoyed to hear her efforts have paid off but it would mean the end of her story is getting closer and closer.

As Rhona prepares to walk down the aisle, she would still have no idea her mother is dying but Mary would put on a brave face.

With the ceremony done and the happy couple celebrating their nuptials, they could be oblivious to the fact Mary has returned home.

When they go looking for her, they could find Mary has died in her sleep, leading to the pair breaking down over their heartbreak.

It could be weeks until the couple discover Mary was dying and Rhona could be devastated to know her mother was going through this pain on her own.

How well do you know your British soaps?

How many times has Ian Beale been married in EastEnders?

What is the name of Bianca Jackson and Ricky Butcher’s son on EastEnders?

On EastEnders in 2002, who accidentally ran Jamie Mitchell over in his car which caused his death?

How many times has Corrie’s Steve McDonald been married?

What happened to Emily Bishop in Coronation Street?

Who murdered Maxine Peacock in Coronation Street in 2003?

Which incident in 1993 killed off four characters in Emmerdale?

When did the show stop being known as Emmerdale Farm?

On what date did Hollyoaks air its first episode?

What was the name of the much-loved Coronation Street pet dog who was put down in April 2020 after 14 years?

1996 saw the arrival of one of Hollyoaks all time bad boys and rival of Kurt Benson, but who was he?

Who is the longest serving character on Coronation Street?

Who shot Phil in EastEnders?

How many fires have there been at Corrie’s Rovers Return?

Get out of my pub, you’re no soaps fan

At the moment, it’s not known how long the actress who plays Mary, Louise, will be sticking around following her introduction earlier this year.

Louise has spoken about her future, as when asked if she would be staying on, the actress said: “You’ll have to ask the producers.

“But if it was my call I’d say, ‘Yes please,'” she added before explaining why Mary feels she needs to be closer to her family.

The soap star commented: “It’s an unusual experience for her to feel so needed by her family. But yes, it’s always good to feel of value.

“It’s in times of crisis where you discover the ‘inner’ of a person and Mary is currently coming up trumps (most of the time).”

Taking to Twitter, it seems fans are enjoying seeing more of Mary, with Chr1stop4 writing: “Louise Jameson is the perfect choice for this refreshingly new storyline in #Emmerdale.

“She is such a sensitive actor. And she was so nice to me in Battersea in 90s when I recognised her. She was playing Mary Queen of Scots at the time but wasn’t in costume sadly @Lou_Jameson.”

Ross commented: “Just watched @Lou_Jameson #Emmerdale episode when Mary comes out. Such amazing acting from Louise and such an emotional story.”

Nk3play2: “I went from not giving a damn about Rhona, Marlon or Mary to loving all three of them within three months #Emmerdale.”

Will viewers be devastated if Mary does end up dead before the year is out?

Emmerdale airs weekdays at 7:30pm on ITV, with an hour-long episode airing on Thursdays.

Spoilers: Charity is told to back off Vanessa by Tracy in Emmerdale