Last month, Coronation Street viewers were introduced to Frank (played by Simon O’Brien) who has struck up a romantic relationship with Sean (Antony Cotton). Despite not knowing much about the newcomer, George (Tony Maudsley) has since revealed to his girlfriend Eileen Grimshaw (Sue Cleaver) that Frank used to be a school bully and would often target him for fun.

Viewers have instantly taken a dislike to Frank, especially after hearing how he used to torment the funeral parlour owner.

In an episode that aired last week, George was shocked to find out that Frank was Sean’s new boyfriend.

After bumping into him in The Rovers Return, George made an excuse to leave shortly after they spoke about the past.

However, when they arrived home, Eileen knew George was keeping something from her, and so she pressured him to tell her.

“Isn’t it a coincidence about you and him being at school together,” Eileen began.

“It’s a small world,” George hesitantly replied before trying to change the subject. “Shall I put the kettle on?” 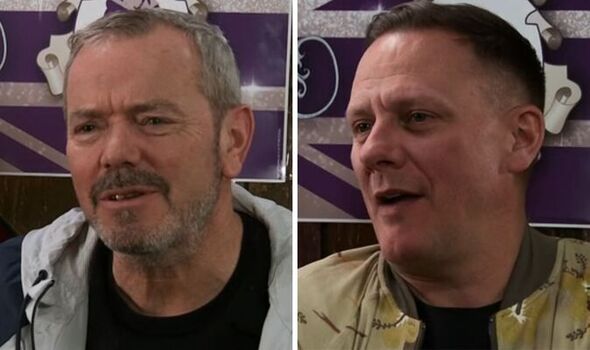 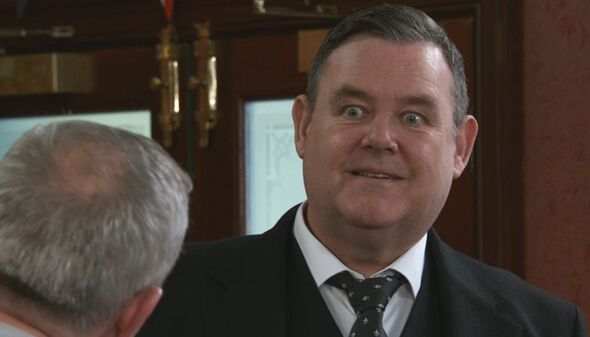 “I’d rather you tell me the truth,” Eileen insisted. “I’ve has enough blokes in my life lie to me, George and in terms of sneakiness you are way down the bottom of the pile.”

“It was so long ago,” George began. “But, Frank he wasn’t nice to me at school.”

“He bullied you?” Eileen asked as George replied: “Everyone gets stick at school, don’t they?

“It got really bad when he found out what my dad did, I mean, there was a whole group of them who thought it was funny.”

George went on to explain Frank would call him names and throw things at him in school. 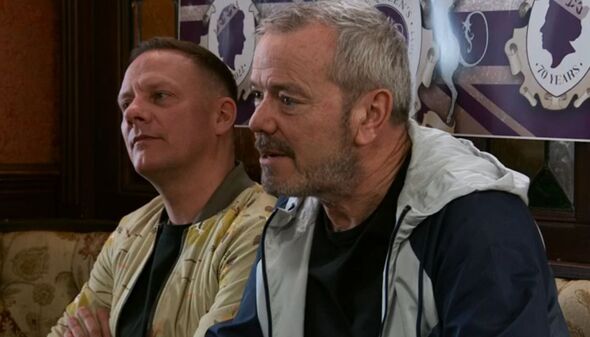 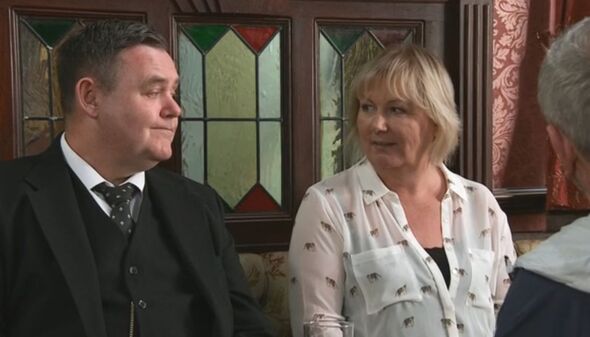 He also aired his concerns with Eileen that he doesn’t think Frank has changed.

“He has this temper,” George added. “He’d get really nasty.”

However, it looks like things could get worse for Sean after official spoilers confirm he breaks up with Frank.

In upcoming scenes, Eileen’s son Todd (Gareth Pierce) tells George to come clean about Frank’s bullying ways, which is when he reveals the newcomer once flushed his head down the loo for spilling water on him.

Todd then forms a plan and sloshes a drink down Frank’s shirt, but how will Frank react?

When George overhears Frank threatening someone over the phone, he makes a decision and finally explains to Sean how Frank made his school days a misery by humiliating him at every turn.

Despite Frank’s insistence that he’s changed, Sean finishes with him.

How will Frank react to being dumped? Will he lash out at Sean after being humiliated?

Ever since the connection between Frank and George was revealed, fans have been coming up with their own theories as to what could happen next in the storyline.

Some believe things could take a sinister turn for Sean, while others believe Frank and George have a secret past.

Mike theorised on Twitter: “So this Frank was a nasty piece of work question is, is he still horrible and could Sean be next in line? #Corrie.” (sic)

While Andy Gibson said: “With Dylan coming back to @ITVCorriesoon, I think Frank is going to turn out to be an abuser.”

Charlotte tweeted: “I don’t like Frank, just can’t take to him at all! I get a funny vibe off him #Corrie.”

“Have a feeling Frank is not a nice person one little bit #Corrie,” Yvonne added.

As Gillian tweeted: “I have a feeling Frank is going to show his true self very soon!! #corrie.” (sic)