When France announced its shortlist of five films it will consider for its international Oscar submission this week, it was the start of a new chapter in the country’s efforts to win the prize. With the backlash still simmering from last year, when the subversive Palme d’Or winner “Titane” got the slot over emotional crowdpleaser “Happening,” the country has revised its approach in an attempt to support films more likely to secure the nomination.

This year’s selection has no obligatory entry from the official Cannes competition, which reflects the decision to remove festival head Thierry Fremaux from his influential spot on the committee after more than a decade of wielding influence there. Additionally, the one possible entry from a veteran French auteur was snubbed as Claire Denis’ romantic drama “Both Sides of the Blade,” which won Best Director at the Berlinale, did not make the cut.

On September 23, the committee will hear presentations from stakeholders for each film, including U.S. distributors, and decide on the final selection. The most likely candidates are “Saint Omer,” which recently won two prizes out of the Venice Film Festival, and “One Fine Morning,” the winner of independently-run Cannes sidebar Directors’ Fortnight (Winocour’s “Paris Memories” also premiered there).

While France is known for its cinema, it hasn’t won an Oscar for 30 years, and many have blamed its fixed committee. (Every country has its own process for selecting a movie to compete for a slot on the 15-film shortlist that the Academy releases in December.)

For over a decade, Fremaux has maintained an influential role in the selection, alongside Unifrance president Serge Toubiana and Veronique Cayla. Only two of the last 10 Oscar submissions received nominations. Last year, complaints reached a fever pitch, and for good reason: For all the subversive ambition of “Titane,” director Audrey Diwan’s ‘60s-set abortion drama “Happening” was seen as a stronger contender for an Oscar nomination and might have even won the category over “Drive My Car,” the Japanese entry that ultimately took the prize. 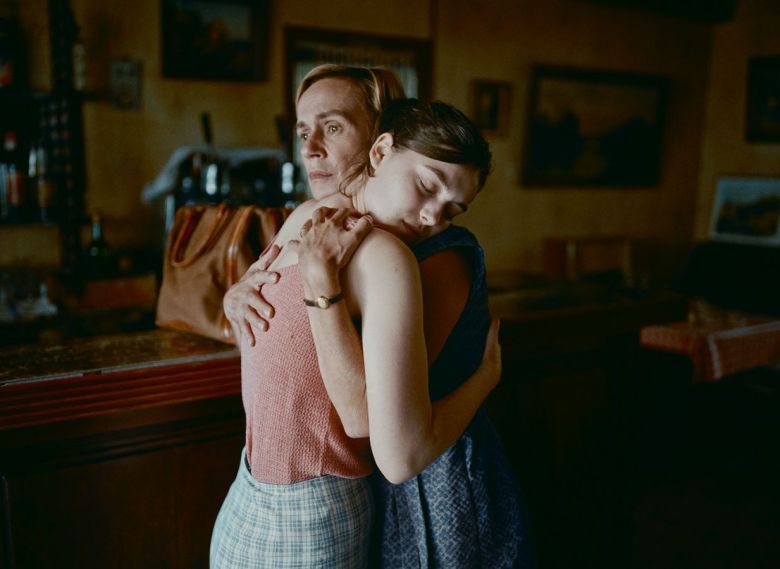 “It is impossible to redo the past,” Fremaux told IndieWire earlier this year. “We were proud that a genre film directed by a woman and having won the Palme d’Or represented France. What would have happened with ‘Happening,’ which is also a beautiful film? No one knows. France has been unlucky at this event for 30 years.”

Earlier this year, new Minister of Culture Rima Adbul Malak attended Cannes mere days after being sworn in, and announced revisions to the committee shortly afterward. Under the new guidelines, Malak will select a new group of seven industry figures each year, with slots allocated for filmmakers, producers, sales agents, and an additional slot for another industry professional.

There were a total 33 films submitted to the committee, and the finalists will likely come down to a pair of women whose recent films have been generating widespread acclaim. The last Oscar winner for France was 1992’s “Indochine,” which was distributed by Sony Pictures Classics in its first year of existence; now, that company is angling to secure the French selection with a movie it acquired out of unofficial Cannes sidebar Directors’ Fortnight. If selected, “One Fine Morning” would bring Hansen-Love into serious Oscar contention for the first time in career.

The cinephile director, whose nuanced character studies have turned her into an arthouse favorite over the past decade, based “One Fine Morning” on her experiences dealing with her ailing father, who passed away from COVID complications in 2020. The movie stars Léa Seydoux as a single mother split between caring for her sick father (Pascal Greggory) and enjoying a new romance with a married chemist (Melvin Poupaud).

Sony Pictures Classics has been reintroducing the movie to the fall season conversation with screenings at Telluride and TIFF, with a NYFF screening in the Main Slate around the corner, and intends to campaign for Seydoux for Best Actress as well. SPC heads Michael Barker and Tom Bernard are pushing comparisons between Hansen-Love and Francois Truffaut in a bid to position “One Fine Morning” as an embodiment of France’s greatest cinematic traditions.

In an interview with IndieWire at TIFF, Hansen-Love admitted that she wasn’t sure what to make of the movie’s awards potential. “It’s really new for me,” she said. “My films are not the kind of films that get a lot of prizes. With the directors who get a lot of prizes, the more they get, the more obsessed they get with winning them. I’m kind of happy I don’t have this problem. But I’m also aware of what it could bring for me and my career.”

Hansen-Love may also appeal to the committee because “One Fine Morning” finds her returning to France after making the English-language “Berman Island” last year. Submitting her film would be an endorsement of filmmakers staying in France to support its industry. The director has avoided commercial opportunities outside of the country, and said she was thrown off by a meeting with Marvel about “Black Widow” several years ago. “I would never go to Atlanta for two months and film actors in front of a green screen,” she said. “Not choosing the actors of my films, not writing it, having like 30 producers on my back telling me what I should do — I would not hold onto that for a second.” 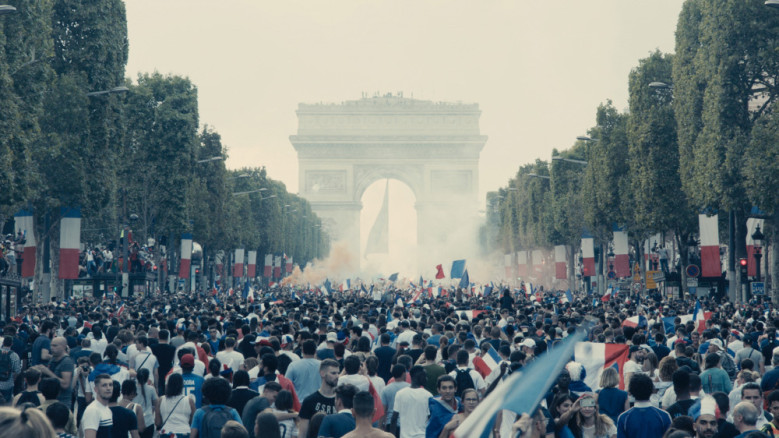 Hansen-Love herself served on the Oscar committee in 2015 and Seydoux served on it the following year. Both times saw Cannes competition entries selected — Bertrand Bonello’s “Saint Laurent” (which co-starred Seydoux) and Paul Verhoeven’s “Elle,” respectively — neither of which won, though “Elle” secured both an international film nomination and another one for star Isabelle Huppert.

The last French film to land a nomination was 2019’s “Les Miserables,” a fast-paced thriller steeped in racial tension and social unrest that marked the feature-length debut of director Ladj Ly. (It lost to the category-busting “Parasite.”) Now, “Les Miserables” producers Toufik Ayadi and Christophe Barral are campaigning for “Saint Omer,” another ambitious narrative undertaking from a young Black director.

The first narrative feature from Alice Diop, whose documentaries have been well-received on the festival circuit, “Saint Omer” follows a young novelist (Kayije Kagame) whose attempt to write a new version of the Medea myth finds her scrutinizing the courtroom case of an immigrant woman who murdered her own daughter. These lengthy observations are paired with the writer’s solitary experiences as she plans to give birth and contemplates the challenges faced by Black women that continue to percolate across modern-day France. 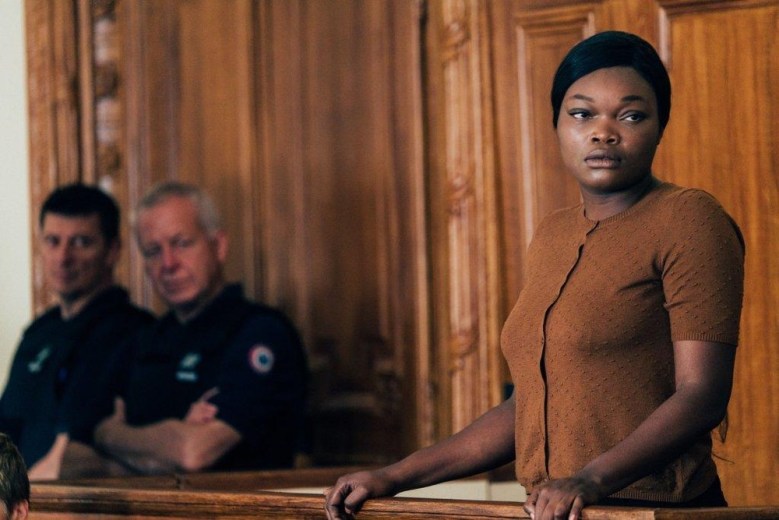 Boasting elegant cinematography by Claire Mathon (“Portrait of a Lady on Fire”) and a script co-written by Marie NDiaye (“White Material”), the movie is a probing look at societal frustration from the inside out, and has already elevated Diop as a major new filmmaking talent. It won the Grand Jury prize from Julianne Moore’s Venice jury last week as well as the award for best debut feature.

Early fans include Laura Poitras, whose documentary “All the Beauty and the Bloodshed” won Venice’s top prize. “The truth of a person is always composed of projections that we have — and that’s especially true in the case of a Black woman,” Diop told The Hollywood Reporter in an interview at the festival. “That is what I was trying to translate in the film.”

The movie, repped by CAA and Wild Bunch, has yet to close a deal for U.S. distribution — but that is expected to change in the coming days now that the shortlist has been finalized. Like “One Fine Morning,” Diop’s movie will next travel to NYFF with a Main Slate slot.

The producers are betting on Diop’s growing profile as a critical factor that could help the film win the committee’s approval. “France needs a new generation of filmmakers,” Ayadi told IndieWire. “When you have a young director who gets good reviews and prizes, that says you can go for a campaign.”

Co-producer Barral added that the pair had firsthand experience of the potential impact of an Oscar nomination, as they witnessed the way the “Les Miserables” campaign elevated Ly’s global profile. “It was a media event that helped the film both domestically and internationally,” Barral said. “For France, I think it was important because it showed to a lot of young directors that anything is possible.”