All three smash hit Law and Order series are finally coming together for the first time in history for this week’s hotly anticipated three-way crossover premiere event. Rapper and actor Ice-T will be back as Odafin Tutuola for the 24th season of NBC’s popular spin-off, SVU, but he revealed he still isn’t sure what’s coming up on the mainline series and the latest offshoot, Organized Crime.

Ice-T has revealed he has only read the SVU script for this week’s massive Law and Order crossover event.

For the first time in the franchise’s history, the mainline crime drama will crossover with both SVU and Organized Crime, which has recently brought Elliot Stabler (played by Christopher Meloni) back into the fold.

On Thursday night, the three-part premiere will see Captain Olivia Benson (Mariska Hargitay) join forces with some old friends and new allies to take down a major trafficking operation.

“It is a movie,” Ice-T said of the three-hour premiere. 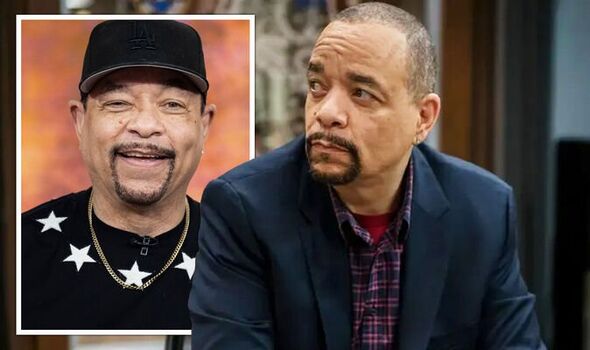 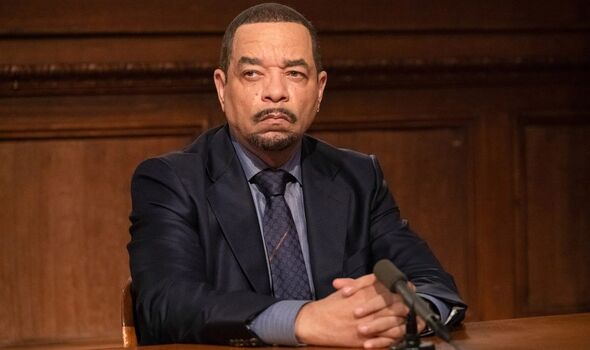 “I’m pretty sure… I think the case has to do with an organised crime situation.”

Benson, Tutuola and Amanda Rollins (Kelli Giddish) will all be back this week, with Kelli set to make her departure from the series at some point over the next season.

However, Ice-T still isn’t sure what’s to come for Stabler’s organised crime unit, or for Jack McCoy (Sam Waterston) and the rest of the mainline Law and Order team.

He told Entertainment Tonight: “It bleeds over into us… the thing is, the way we shot it, we shot it so out of sequence, I’ll be just as excited to see this show.” 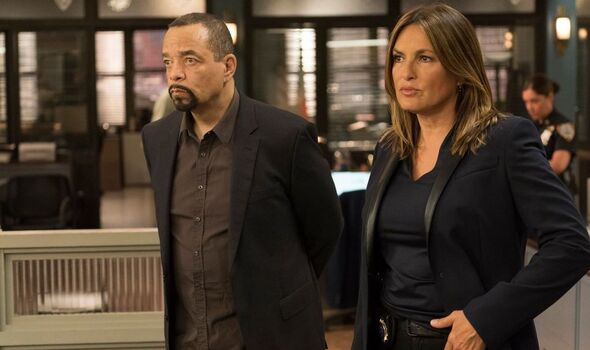 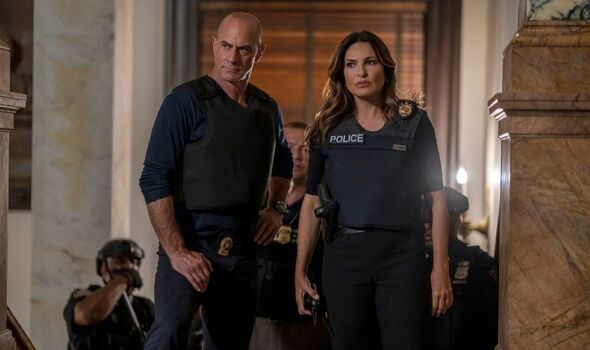 “I didn’t read all three scripts! I only read the SVU part. So, it’s very complicated.”

Like the millions of fans tuning in on Thursday evening, Ice-T is on the edge of his seat to find out what will happen to the rest of the team in the other two episodes.

“People are like, ‘What’s it gonna be?’ And I don’t know until I see it!” he continued.

Once the three-hour event has reached its conclusion, the investigators and prosecutors will all go their separate ways to take on more cases over the coming weeks.

Still, there may be more opportunities for long-running friends and former partners Benson and Stabler to reunite – and sparks could soon be flying.

“I don’t see why not,” Ice-T said of a potential romance between the pair.

“I thought it was odd earlier because Chris was married. But then Chris’s wife died, and I don’t know. Maybe they’d rather let that hang on.”

“It’s very interesting how they twist the plots and they make people stay intrigued in what’s going on next.”

Benson and Stabler have been a fan-favourite pairing since the very start of the series, though their relationship still hasn’t been taken to the next level.

Now Stabler is back on screens in Organized Crime, however, it may only be a matter of time before viewers start to see their long-teased romance start to flower.

Law and Order’s crossover event airs Thursday, September 22 on NBC in the USA. A UK release date is yet to be announced.

Coronation Street: Yasmeen’s cellmate ‘revealed’ to have a sinister connection to Geoff?

'Captain Marvel' TV Spot: Don't Tell Her What She Can't Do