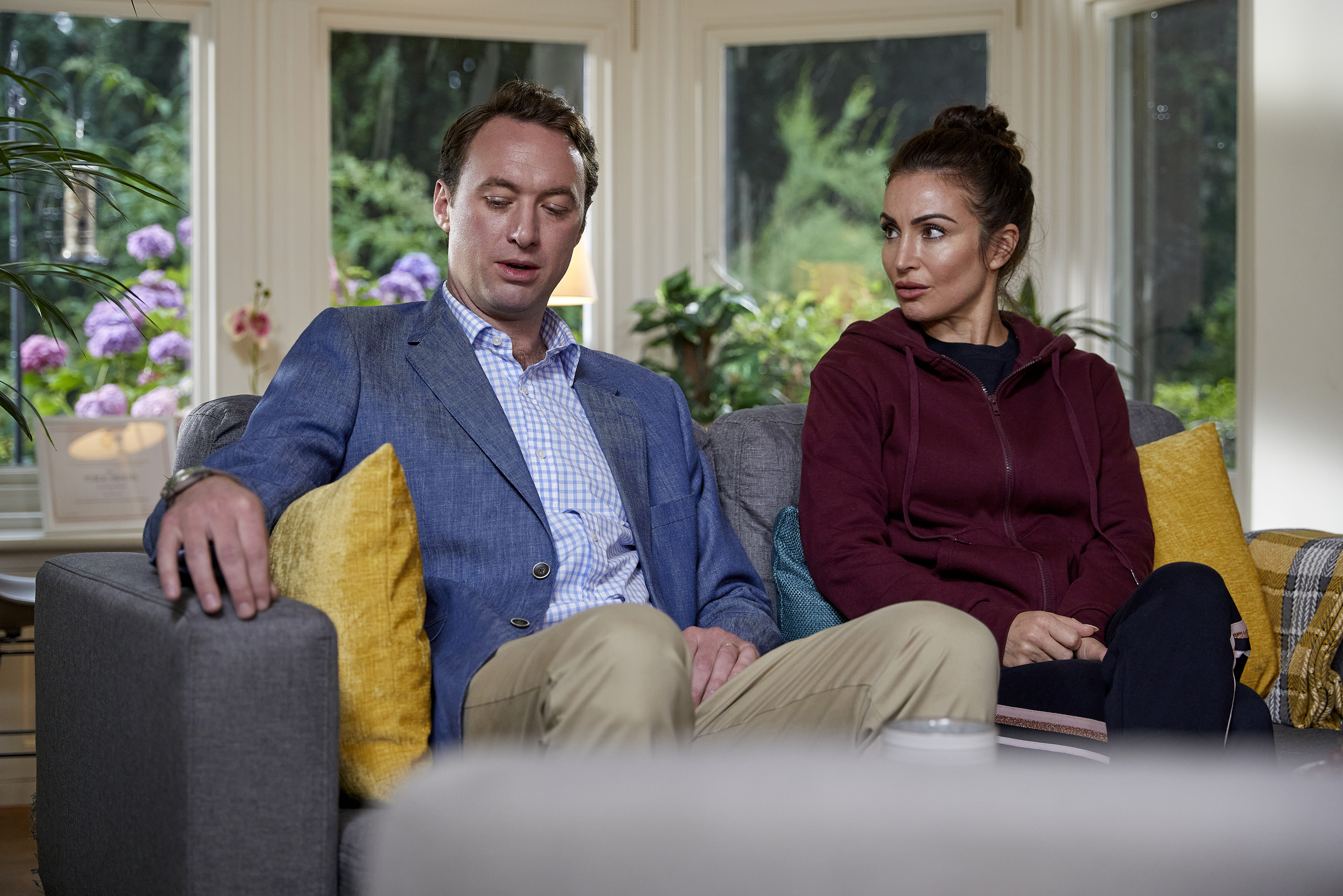 Leyla’s (Roxy Shahidi) recovery, like any recovery, has not been a straight line in Emmerdale and she’s hit a few bumps in the road, which has forced Liam (Jonny McPherson) to work his socks off in trying to save their marriage.

But everyone has their limits and it seems he is about to hit his.

Things are still super tense between them, especially now that Leyla is home from rehab. She senses the great cavern that has opened up between them and she turns to Priya (Fiona Wade) for support. She tells her friend her deepest, darkest fears – that her and Liam’s relationship is beyond repair.

Priya is left worried by these comments, and she’s right to be. But while it’s likely the most common thought is that Leyla will be the reason their marriage falters, it would seem everyone is looking in the wrong direction. For when Liam decides he too needs to offload, he chooses to do so with his ex Bernice (Samantha Giles) and it has disaster written all over it.

The pair of them have a deep and meaningful during which Liam gets frank about the state of things with Leyla.

With Bernice being soothing and understanding, Liam feels comfortable, a comfort he hasn’t felt in a while. Reading the obvious signals, he decides to go for it and plants a kiss on a shocked Bernice.

She’s dumbfounded and immediately tells Liam that he must come clean with Leyla. Liam is just as shocked at his behaviour and determines that he will be as honest as possible.

But when Leyla later falls into his arms and things start moving in the right direction, he backtracks on his plan for the truth. The couple have a tearful reunion and Liam is once again happy that he and Leyla are starting to move forward.

Enter Bernice, who spots the intimate interaction and upon seeing Leyla’s tears, assumes she’s been told about Liam’s indiscretion. She later comes across Leyla and, thinking she’s been told, accidentally clues Leyla in on the fact she’s been cheated on.

Leyla is horrified that her rock, the one person she could rely on in these awful times, has betrayed her. She’s already on a knife edge and has previously come so close to destroying herself. Will this be the thing to do it?