Jane Fonda appears on The Tonight Show in July

But a shocking new biography exposes the troubled and tormented private world behind the actor’s facade. 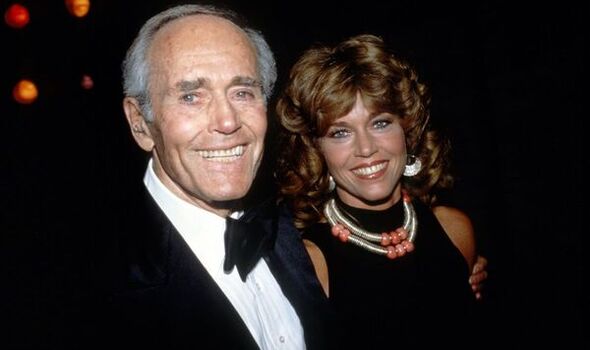 “Henry Fonda was very different offscreen from his public persona as the face of America,” says Darwin Porter, co-author of a new two-part biography.

“He was a bad husband and bad father, self-absorbed, uncomfortable displaying emotion, not a very lovable man. And he was a womaniser, unfaithful through four of his five marriages. On screen he represented traditional American values, but in his personal life strayed far from them.”

“I’m not going to let marriage stop me from having fun on the side,” Fonda told friends.

He had a decades-long on-off affair with comedy star Lucille Ball, and Porter claims: “She was the love of his life. I think he regretted not marrying Lucille.”

Though known as a family man, father to famous offspring Jane and Peter Fonda, in reality he ran from parental responsibilities.

“Henry Fonda is the first to admit he’s a lousy husband and an absentee father,” said his fourth wife, Italian baroness Afdera Franchetti. 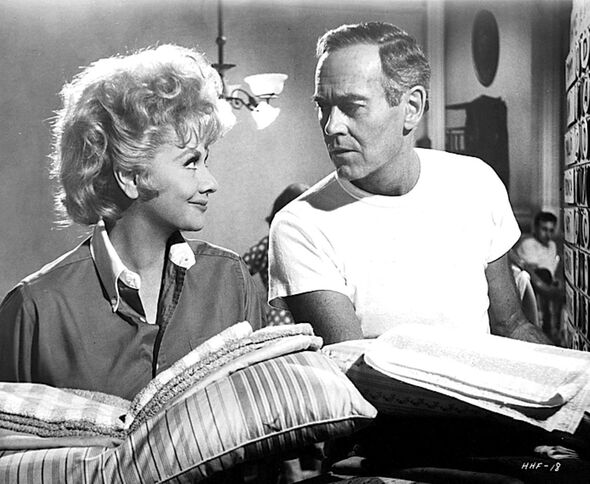 Born in small-town Nebraska, printer’s son Fonda was traumatised at the age of 14 by witnessing a lynching. Riddled with bullets, the mutilated body of the black victim was dragged through the streets.

“It was the most horrendous sight I’d ever seen,” recalled Fonda, who became a lifelong human rights advocate.

After dropping out of university he found fame on Broadway, and in 1931 married beautiful actress Margaret Sullavan. But like many of Fonda’s lovers, she found the handsome star a let down in bed. “You’re 26 years old and still don’t know how to make love to a woman,” Sullavan raged at him.

Waspish movie legend Bette Davis was more scathing, describing her fling with Fonda as “the easiest 30 seconds I’ve ever spent with any man”.

Within months of the marriage, Sullavan began having affairs, and soon abandoned her husband, divorcing in 1933. “She had mental issues, and Fonda didn’t give her the love and support she needed,” says Porter. When her fame faded, Sullavan became depressed. She died of what was ruled an accidental overdose in 1960.

Meanwhile, Fonda became roommates with rising star Jimmy Stewart in New York and then Los Angeles, forging a life-long friendship. “We shared everything from a single bed in a cramped apartment to much later some of the greatest stars in Hollywood, like Greta Garbo,” recalled Fonda with boastful vulgarity.

Porter claims: “The only person Fonda ever really cared for was Jimmy Stewart.” 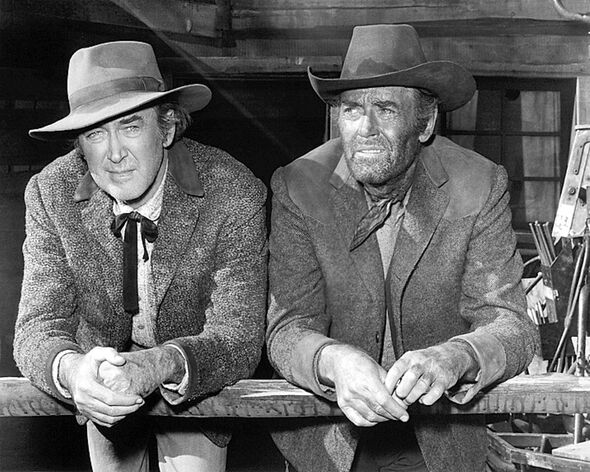 But the next woman in his sights was wealthy widow Frances Seymour Brokaw, an American blue-blood blonde beauty. They wed in 1936 after a whirlwind romance, producing children Jane and Peter. Yet Jane, born in 1937, recalls her father as emotionally distant, confessing: “I was desperate for his attention.”

Porter explains: “Fonda was not an emotional or present father. Sometimes he’d come home after a day’s work and have a meal sent to his room rather than eat with his family. He felt competitive with his children, and was jealous when Jane won two Oscars before he got his own.”

He finally got close to the acclaim he craved for the role of Tom Joad in the 1940 classic The Grapes Of Wrath. Nominated for an Academy Award, he lost out to his best friend Jimmy Stewart in The Philadelphia Story. Fonda lamented: “Never again will I have such a triumph… I feel like my one chance to ever win an Oscar has come and gone.”

The book reveals intriguing Hollywood classics that might have been. Olivia de Havilland wanted Fonda to play Ashley Wilkes in Gone With The Wind. “The part was written for me,” Fonda told friends, but producer David Selznick ruled against him, hiring Leslie Howard instead.

Fonda also turned down 1949’s The Sands Of Iwo Jima – one of John Wayne’s best films – and 1952’s High Noon, Gary Cooper’s greatest Western. Fonda called it “the mistake of my life”.

He even refused the lead part in It’s A Wonderful Life, handing his friend Stewart the role of a lifetime. Though he starred in several Westerns, Fonda secretly hated them, because “horseriding leaves me with a sore a***”. 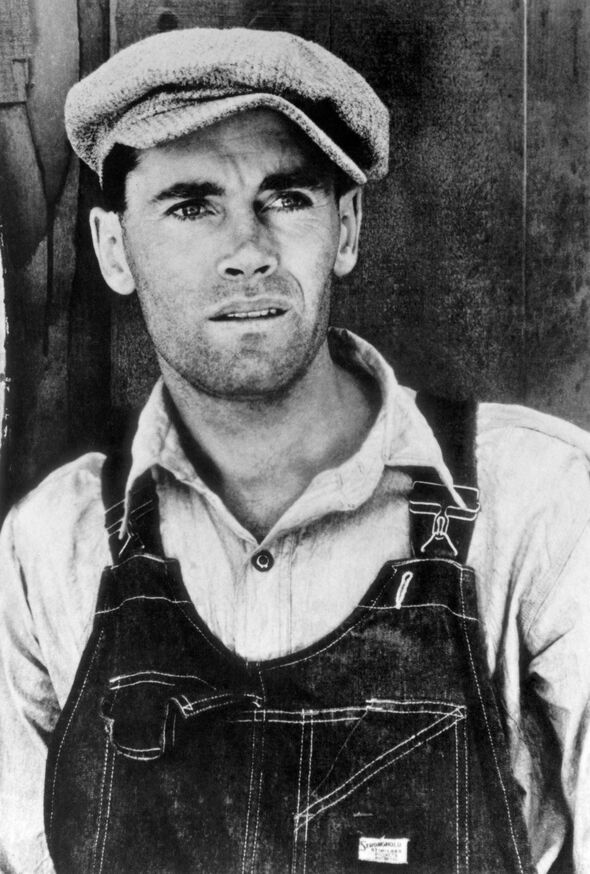 A literary elitist, he starred in 1956 epic War & Peace but dismissed it as “the Reader’s Digest version of the Tolstoy novel”.

When America entered the Second World War, Fonda, then aged 37, enlisted in the US Navy seeking action, rejecting the chance to stay at home making patriotic movies.

He fought heroically in the Pacific, his ship surviving two kamikaze bombing attacks, but Jane offered an alternate theory for his enlistment: “I think he also wanted to escape life as a family man, at least for a period.”

Fonda returned to Hollywood, but combat had changed him into even more of “a hardened, distant man”, the biography – Henry Fonda, Volume One (1905-1960) – claims. “His family got the worst of it. He had extreme difficulty expressing his emotions.”

Meanwhile, wife Frances was slipping into mental illness, tormented by his barelyhidden affairs. When Fonda asked for a divorce, she spun into depression. Removed to a mental hospital, she fatally cut her throat rather than endure the ignominy of their split.

Fonda had been cheating on Frances with 20-year-old Susan Blanchard, half his age, soon to become his third wife in 1950. They adopted a baby daughter, Amy, but Fonda still fled at the sight of a dirty nappy, confessing: “Fatherhood was never really my calling in life.”

Susan felt abandoned. “After two months of our marriage I realised he was the wrong companion for me,” she said. She endured six unhappy years before filing for divorce. 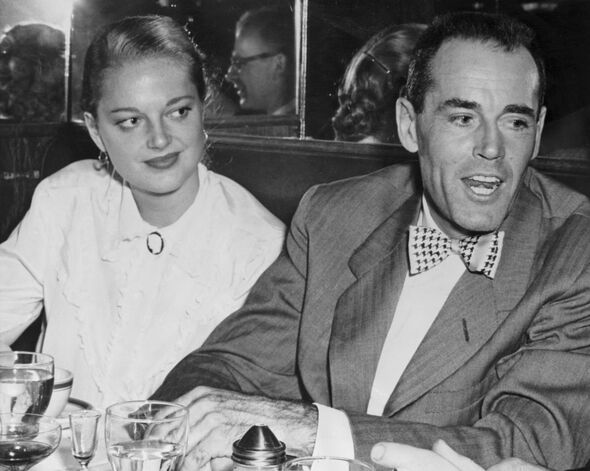 Fond’s brides only grew younger. He next wed Italian socialite Afdera Franchetti, 26 years his junior, in 1957, who squandered his fortune on lavish parties and jewels. Fonda was forced to star in TV series The Deputy to pay the bills. But their age gap proved a yawning chasm, and she filed for divorce in 1961.

Disillusioned with Hollywood, Fonda returned to Broadway in the early 1960s. “He wasn’t getting the roles he wanted,” says Porter. “And he despised the Method acting of Marlon Brando and James Dean.”

Back in New York, Fonda met his fifth wife, Shirlee Mae Adams, 27 years his junior. “Henry was an older man, but he was God-damned handsome,” she said.

They wed in 1965, and against all odds stayed together until he died from heart disease in 1982, aged 77. “Shirlee saved me from the depths of my depression on many a night,” said Fonda.

But Porter reveals: “He was not a happy man in his final years. Until he made On Golden Pond in 1981, finally winning his Oscar, he didn’t like most of the films he was making in his later years, taking them only for the money. His final years were marked by illness, ageing ungracefully.”

Fonda ultimately came to admit he was not the man moviegoers knew and loved. “I ain’t Henry Fonda, that man on the screen or stage,” he said. “Nobody could have that much integrity.”

NCIS/NCIS: Hawai'i Crossover Set for March: Who's Making the Trip?

‘You can’t just speak over me!’ Zahawi clashes with Piers Morgan in explosive PPE row