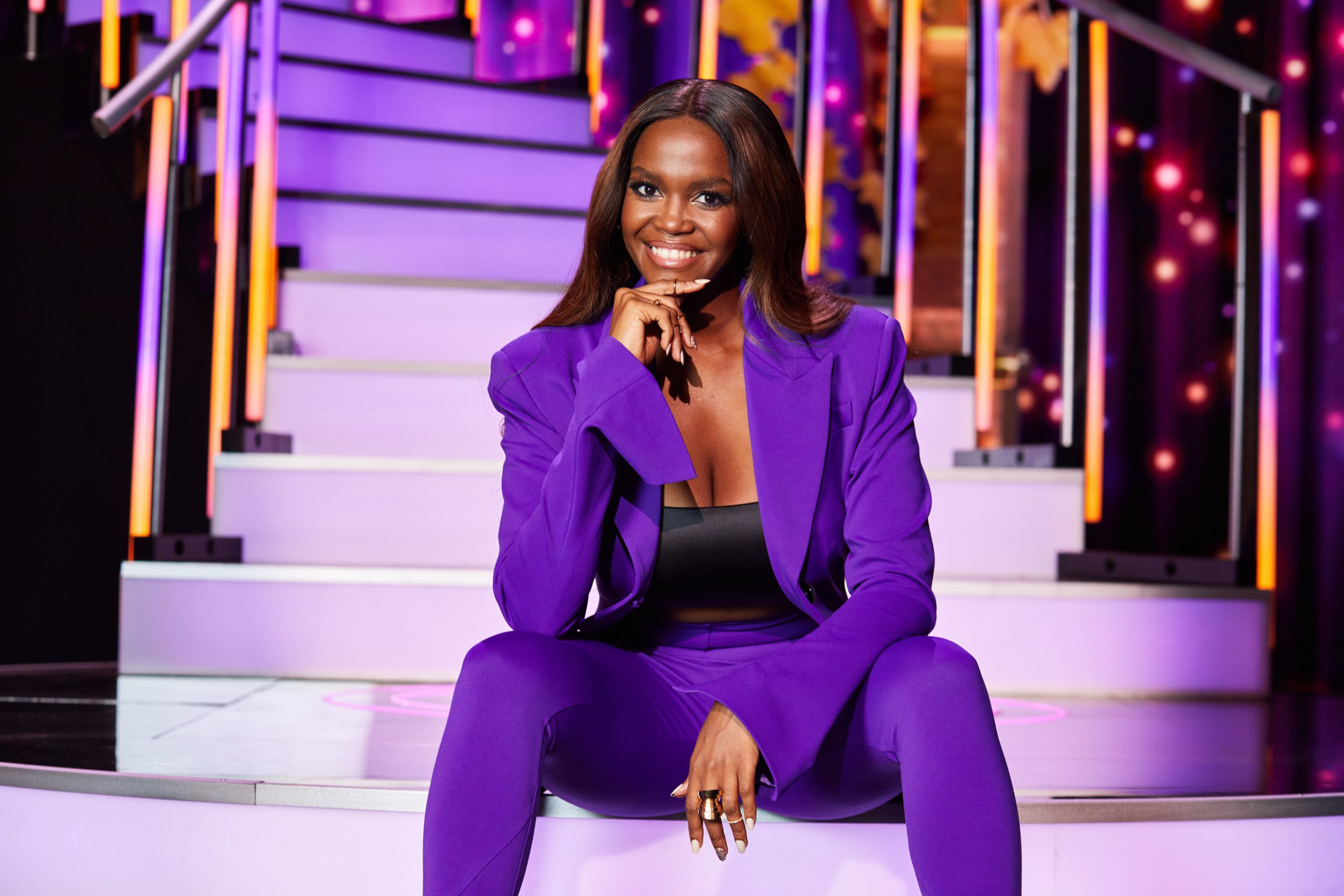 Oti Mabuse is reportedly fronting a brand new quiz show after her dating series Romeo and Duet was axed.

The former Strictly Come Dancing pro who also serves as a judge on Dancing On Ice and The Masked Dancer, made her solo presenting debut with the ITV dating game series earlier this year.

However, it was confirmed in July that ITV bosses pulled the plug on Romeo and Duet, with a spokesperson saying there are ‘no plans’ for a future series.

According to reports, Oti will be involved in The Tower, a quiz show like no other ‘set in a unique world,’ where general knowledge will be tested ‘to the max.’

Speaking about Oti’s rumoured gig, a source shared: ‘We’ve seen on The Masked Dancer just how her infectious energy and humour works best in a less-scripted, more conversational setting.’

‘As host of a quiz show, Oti will have the chance to banter with contestants as well as use her presence to hold the show together,’ the insider added to The Sun.

It was previously reported the decision to cancel Romeo and Duet was due to a slump in ratings, which were said to have bottomed out at 890,000 viewers for the last episode.

It’s said the decision to axe the show ‘isn’t a reflection on Oti in any way’, and ITV bosses are still keen to find the right project for her.

‘The feeling was that it wasn’t a case of Oti not being right for the show, more than the show wasn’t right for Oti,’ an insider said.

In February, the 32-year-old dancer quit Strictly Come Dancing after seven years, however, fans were delighted as she recently returned to help her former co-stars with an upcoming routine.

Metro.co.uk has reached out to ITV and Oti Mabuse’s reps for comment.

Morning Live's Sara and Gethin clash over how to eat a croissant – but have you been doing it all wrong?