Following Queen Elizabeth’s death on Thursday, Prince Harry broke his silence as he paid a touching tribute to the monarch. Royal commentator Michael Cole remarked his words would be healing for the Royal family.

On Monday, as Queen Elizabeth made the journey to her final resting place from Edinburgh, her grandson Prince Harry broke his silence.

The Duke of Sussex, who was last seen interacting with crowds outside of Windsor Castle on Sunday, issued a heartfelt tribute to his grandmother, the Queen.

His statement read: “In celebrating the life of my grandmother, Her Majesty the Queen and in mourning her loss, we are all reminded of the guiding compass she was to so many in her commitment to service and duty.” 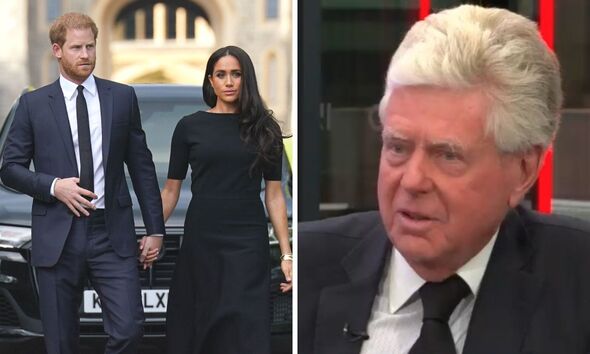 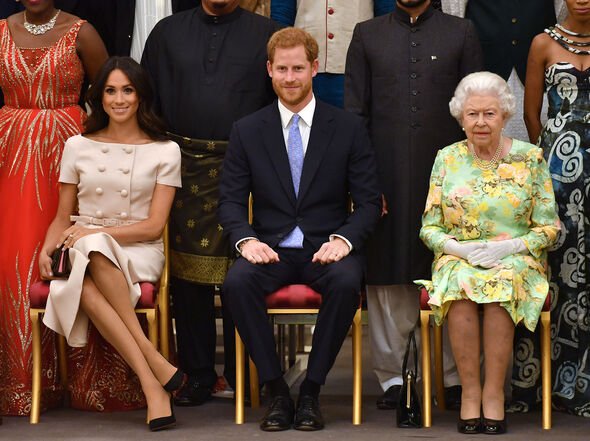 Following the release of his statement, royal commentator Michael spoke to GB News and praised the Prince for his touching tribute.

He said: “These are days of history. We’re witnessing history…what we’re seeing is all unprecedented.

“We’ve got the statement this morning from Prince Harry, a well judged statement, a heartfelt statement and quite clearly one he’s written himself which is not always the case in royal statements.

“And it’s healing balm, it will help the healing process quite rapidly. And that was, of course, begun, initiated by King Charles the third in his first televised address.” 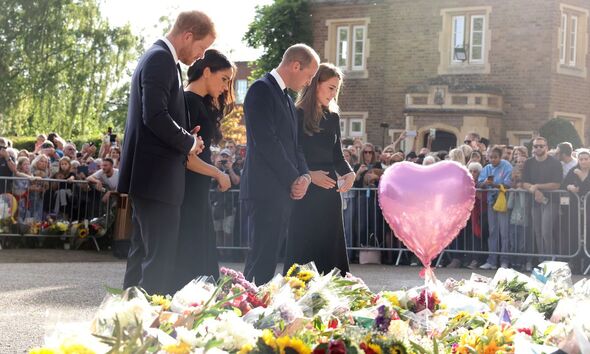 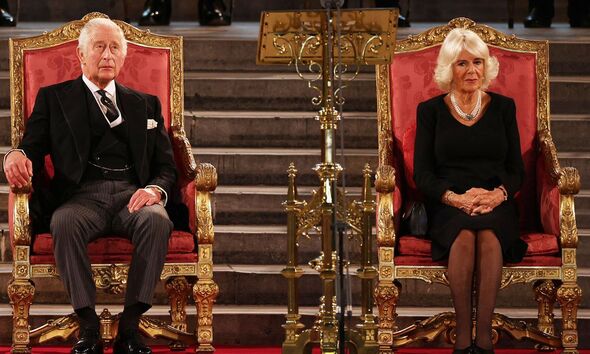 Michael explained: “He went out of his way to express love for Prince Harry and Meghan and their new life lived away from the royal family in this country.

“And that of course, because words have power and kind words have good consequences, Prince William made the call he had to make.

“He called his brother and said ‘Look, Harry, we’re going down to the gates you better come with us to meet the people and see the bouquets, see the poses, meet the people.’”

The royal commentator remarked: “That’s a full step, a short walk, but a big step.”

As Queen Elizabeth’s coffin prepared to make the journey to St Giles Cathedral in Edinburgh, crowds of thousands gathered to pay respect to the monarch.

Buckingham Palace and Windsor Castle were overwhelmed with flowers and letters from those mourning the death of the Queen.

The royals made a surprise visit to Windsor as they stopped to admire the flowers and interact with the crowd.

Stepping out of the same car were Prince Harry and his wife Meghan Markle, who was joined by the new Prince and Princess of Wales, Prince William and Kate Middleton.

Following the death of Queen Elizabeth, King Charles succeeded the throne and on Friday he addressed the nation for the first time as King.

He said he wished to “express my love for Harry and Meghan as they continue to build their lives overseas“.

King Charles also formerly announced the new role of his heir, Prince William: “With Catherine beside him, our new Prince and Princess of Wales will, I know, continue to inspire and lead our national conversations.

“Helping to bring the marginal to the centre ground where vital help can be given.”

We’re Finally Getting a New Euphoria Episode Next Week