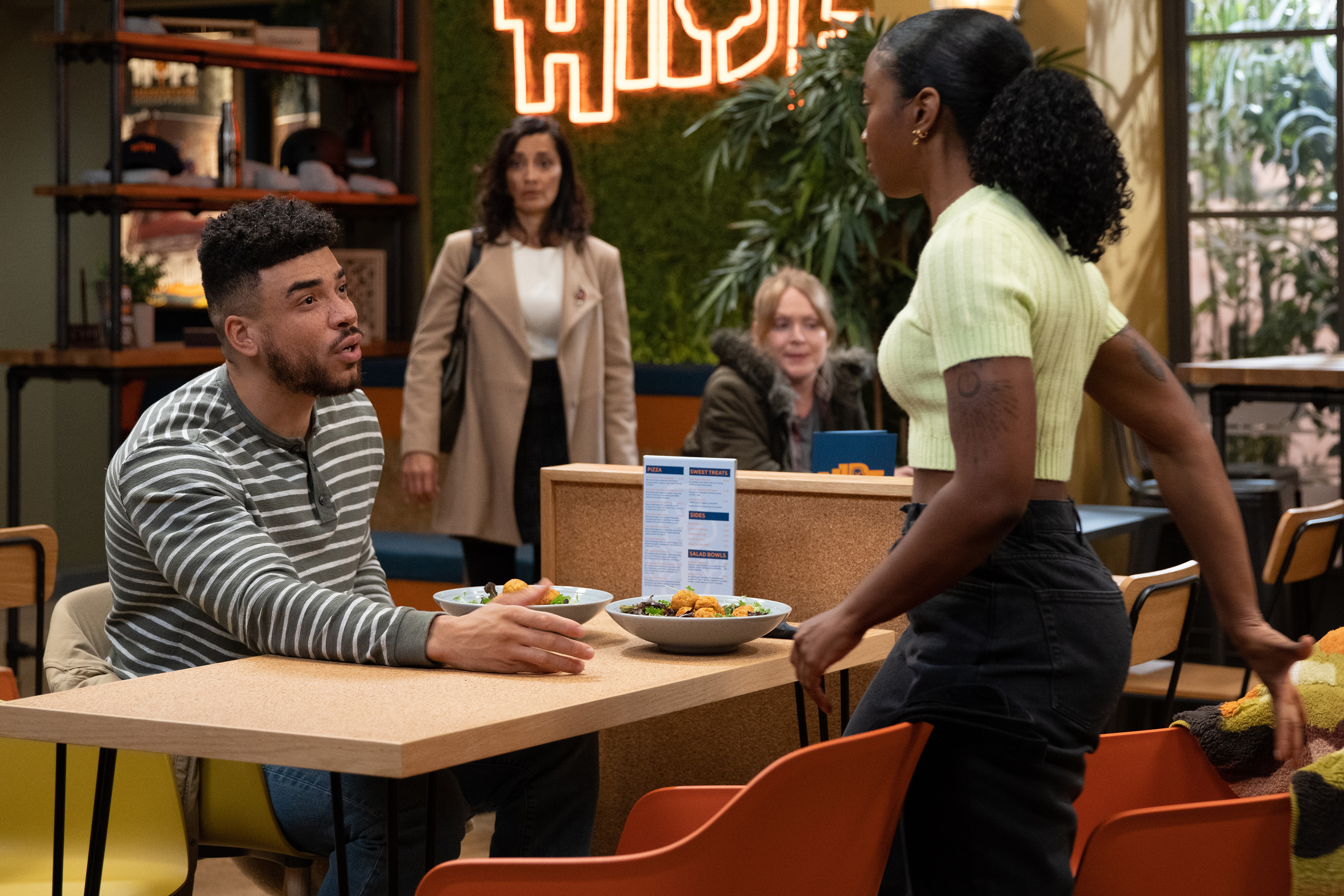 Talk about kicking a girl when she’s down. As Naomi Walters (Karene Peter) faces trial for the attack on Nicola King (Nicola Wheeler) in Emmerdale, her boyfriend Nate (Jurell Carter) decides to come clean about sleeping with his ex, Tracy (Amy Walsh), when she recently returned to the village.

Tracy visited with her and Nate’s baby daughter, Frankie, and Nate enjoyed getting to see his daughter.

When he was alone with Tracy, sparks began to fly and it wasn’t long before the two were getting passionate – despite Tracy having become engaged to another man while she was away from the village. Vanessa (Michelle Hardwick) returned to find Tracy in a bit of disarray, having just ushered Nate outside in his underwear, and she soon spotted Nate’s phone and his clothes.

Following this, Nate reconfirmed that he wanted to be with Naomi, leaving Tracy disappointed.

Of course Naomi was oblivious about what had happened between Nate and Tracy. And, frankly, she had a lot more on her mind anyway – like facing a possible prison sentence for being part of the girl gang that beat up Nicola in a deserted car park

In upcoming episodes Naomi and the rest of the girls are in court, as Nicola hopes to get justice for the trauma she suffered both at the time and ever since.

Things aren’t looking good for Naomi as she’s the only person that Nicola can actually identify as having been at the scene – though only vaguely in terms of her shoes and her voice. The other gang members turn against Naomi both in the dock and outside, as she gets threats from them.

So it’s not a great time for Nate to become all confessional and decide to tell her that he slept with Tracy. Perhaps he’s hoping to take her mind off the court case by giving her something else to worry about, or perhaps he’s just being incredibly insensitive.

Either way, Naomi is not going to react well to his news.