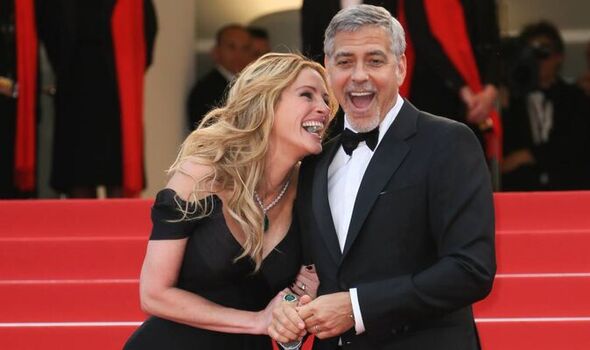 It’s been 21 years since they met filming Ocean’s 11, and the two Hollywood A-Listers are now old friends, verbally sparring off-screen, gleefully taking each other down a peg or two. They sound like an old divorced couple who still enjoy sticking the knife in, which happens to also be the roles they play in Ticket To Paradise, which opens September 16.

They’re so playful, at times it’s hard to get a serious word out of either of them.

“What was so important to me,” says Clooney, his face a picture of seriousness, “was being able to work with the Queen of sitcoms, the Queen of romantic comedies”.

He pauses for dramatic effect, with a glance at Roberts, before adding the punchline: “But she couldn’t do the job – so I worked with Julia.”

Both collapse in laughter. Roberts confesses to taking the role because it allowed her to verbally abuse Clooney throughout filming.

“Just the chance to be snarky at George really jumped out at me,” she says of her character. “Just to see him just so pathetically in love with me, and I’ve clearly moved on.”

Clooney hits back: “Obviously it’s about a man who’s had to deal with a horrible woman.”

Director Ol Parker states the obvious: “They also take the p*** out of each other a lot, and they really love doing that onscreen.”

Quips Clooney: “It’s fun to work with friends… and Julia.” 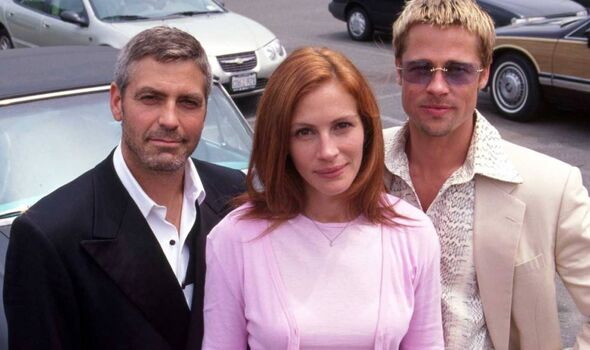 Ticket To Paradise sees the pair playing a divorced couple who reunite in a bid to stop their daughter making the same mistake they did with a hasty marriage – a journey in which they discover that their romantic spark still burns.

There’s a natural chemistry between the two superstars that can’t be faked.

This is their fifth film together since 2001’s Ocean’s 11, going on to film Ocean’s 12, Confessions Of A Dangerous Mind, and Money Monster.

Clooney, 61, and Roberts, 54, co-produce the film, as they do most of their movies these days.

It is a defensive manoeuvre, Clooney explains, “So you don’t want to really worry about what some casting director thinks about how you’re ageing as an actor.

“As you get older… you need to have other irons in the fire, or you’re reliant on other people’s opinions of you – and that’s dangerous.”

The duo are happy to be alive after surviving months filming in the remote Whitsunday islands off Australia’s Queensland coast, where they were terrified of numerous natural predators.

“Everything’s trying to kill you,” says Roberts, who was nervous even of strolls along the beach. “A seashell – that’s actually something that will kill you.”

Clooney agrees: “Everything is huge there.” But it’s not just Australia’s venomous funnel-web spiders, stonefish, Taipan snakes and great white sharks he feared.

“You have the world’s smallest jellyfish – if you’re in the water, they’ll kill you.”

“Ticket To Paradise?” he continues. “You’ve got to be joking!” Roberts adds: “Ticket to the hospital!”

Film sets can be gulags of hard labour with long hours in uncomfortable conditions far from the glamour of the red carpet, but Roberts and Clooney combined to make their location shoot a pleasure, say co-stars.

“It was so much fun being around them and joking around and laughing,” says Kaitlyn Dever, who plays the couple’s daughter.

“The two of them are best buds, and it’s a blast to be around that kind of love and kindness they have for each other.”

Roberts admits: “George and I are both really motivated by making people laugh, and it was our great joy whenever we would do something where we could hear laughing across the set.”

Echoes Clooney: “I think the main reason Julia and I work so well together is because we know how to make each other laugh.” 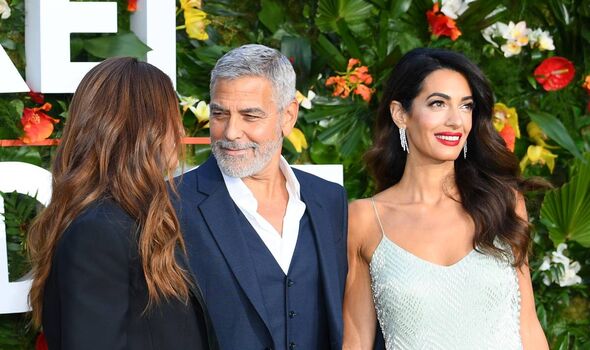 He adds: “There was not a bad day on the set. That’s a very rare thing.”

Ticket To Paradise was written by director Ol Parker with Clooney and Roberts in mind: If either turned down the role, the film simply wouldn’t be made.

“It was just very clear to me that it barely existed if it wasn’t them,” says Parker. “I had no Plan B.”

Says Clooney: “I hadn’t done a romantic comedy since One Fine Day,” recalling his 1996 hit opposite Michelle Pfeiffer, “so when I got this script, it felt like a perfect opportunity.

But the duo took every opportunity to yank each other’s chain.

When auditioning actors to play Roberts’ younger love interest in the film – the role went to Emily in Paris heartthrob Lucas Bravo – she told producers: “I want the one that seems like he could p*** George off the most.”

Clooney snipes back with a jibe at Roberts’ age: “Lucas was five when she was in Notting Hill. He always looked up to you, really.”

Ticket to Paradise hopes to launch a revival in rom-coms, which have languished since the days of Four Weddings And A Funeral, Love Actually, Bridget Jones’ Diary and Notting Hill.

“Romantic comedies sort of went out of fashion for a while,” says producer Tim Bevan.

“This is something we haven’t seen for a bit, and it’s worth revisiting because it feels like there’s a big audience for this sort of film.”

Clooney and Roberts’ chemistry was so potent that director Parker dispensed with rehearsals, allowing his cast to come anew to each scene.

“We’d almost never do more than three takes because they knew that the freshness of these lines would only come across if it was truly fresh,’ says Parker. “It was an absolute masterclass in comedic acting.”

Roberts relished a scene where she and Clooney get drunk and dance at a bar, showing off their awkward outdated dance moves.

“I recall being very hot and sweaty and tired by the end of the night,” she smiles. “And my cheeks hurt from laughing at George!”

They danced with abandon to House of Pain’s 1992 hip hop classic Jump Around: a comic interlude that worked so well that filmmakers agreed to pay an extra $1million for the music rights after the scene ran four seconds longer than the contractually agreed 60 seconds. 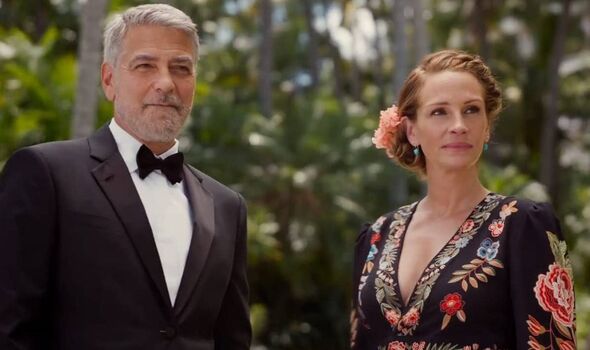 “It’s one minute four seconds, which is another million dollars,” confesses Parker.

“But it’s so good they didn’t make me cut the four seconds.”

Roberts snipes: “It was just five seconds of George Clooney! I could not be part of it?”

When their acting drunk and hungover is praised, Clooney assures: “I’ve been studying for years.”

Clooney and Roberts’ renewed closeness comes as both have long denied Hollywood rumours about their respective marriages being on the rocks: Clooney with human rights lawyer-wife of eight years Amal Alamuddin, and Roberts with husband of 20 years, cinematographer Danny Moder.

There’s no off-screen romance between Roberts and Clooney, they assure, but she admits: “We got to spend really sweet time altogether, getting to know one another and just sharing that space in a really unique way.”

Couple transform 'spooky' loft into lush spa with a sauna