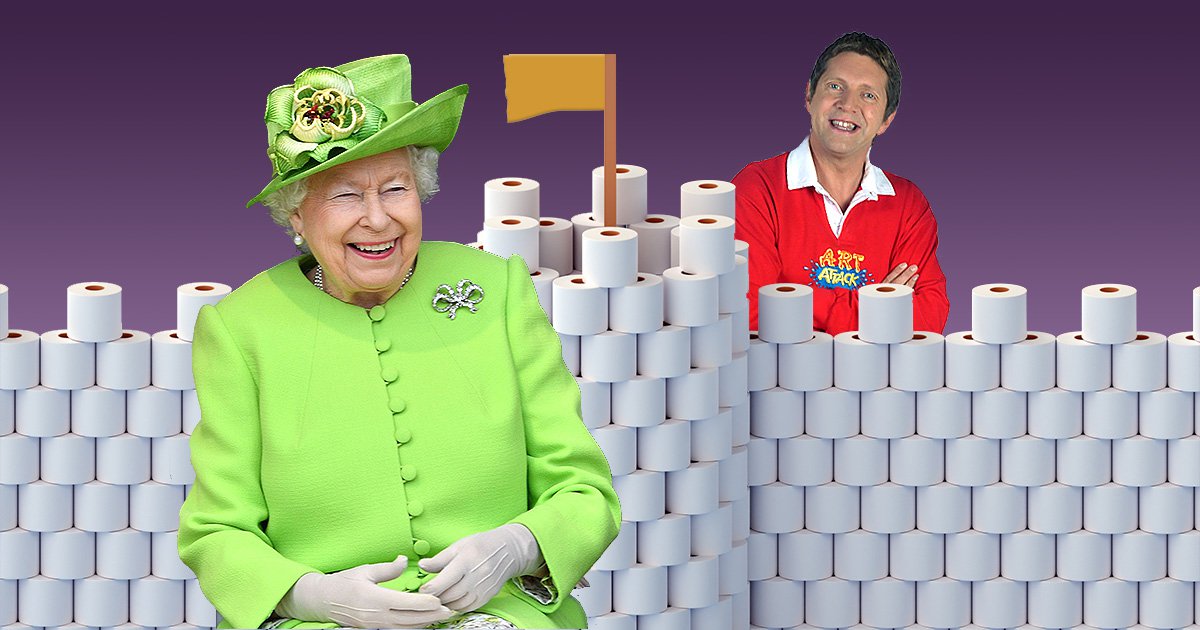 Art Attack star Neil Buchanan has recalled the ‘big moment’ he met Queen Elizabeth II, revealing how impressed she was by the castle he’d made ‘ingeniously’ out of toilet paper.

From 1990 until 2007, Neil hosted the beloved children’s programme that taught its young viewers how to make all sorts of artistic creations, from dinosaurs made with balloons to cityscapes put together using newspaper.

He and the show – which originally aired on CITV before moving over to Disney Junior – gained fans all over the world, and even the late Queen was an admirer of Neil’s creativity.

While speaking to Metro.co.uk, the presenter explained that several years ago, he met the Queen when she came to the building after HIT Entertainment, the company that bought the series, won an award.

‘There was an Art Attack room where we set everything up and there were a couple of us there to meet her. She was fantastic, she was just so brilliant,’ the 66-year-old recollected.

‘She said to me, “Well, this is very lovely. This is fantastic. What is it actually made of?” And I kind of paused and through my head went, “Ooh, am I allowed to say loo roll to the Queen?”’

The Art Attack co-creator jokingly admitted he feared he’d ‘end up in the tower’ if he said ‘loo roll’ to the monarch… but he ended up biting the bullet and going for it.

‘I took a deep breath and I said “loo roll”, and she looked at me and I thought here it comes! And she just went, “That’s ingenious!” I’ll never forget that. That was my big moment.’

Neil – who recently teamed up with easyJet for their Aircraft campaign to encourage kids to get crafty while on flights for their half-term holidays – said that he found the Queen ‘fighting fit’ at the time.

‘She was very funny, she laughed in the right places, and she said nice things like that, which was really cool. There was me and a couple of the team that worked for me at the time. It was just brilliant to meet her, it was really cool. That’s one of my high points,’ he said.

The artist added that the Queen ‘had this air about her’, stressing how ‘graceful’ and ‘happy’ she appeared.

It might be 15 years since Neil last delighted audiences with his innovative ideas on Art Attack, but he’s still frequently reminded by adult fans of how much the programme has impacted them throughout their lives.

Having admitted he would be open to returning to the show – especially considering next year will mark the 40th anniversary of CITV – Neil shared how stunned he became when high-flying businesspeople told him that they wouldn’t have achieved such success in their careers if it wasn’t for him.

Speaking of his encounters with adult fans who watched him when they were children, he said: ‘I think my favourites, and I’ve had a couple of these, is when people who are now directors or CEOs in their company, and say to me, “It was because of you that I pursued this career.”

I kind of go, “Hold on, you’re CEO of a big company! Are you really saying it’s because of Art Attack?” And they say, “Yeah, absolutely.” That sort of thing gobsmacks me.’

Why did Richard Flood leave Grey’s Anatomy as Cormac Hayes?