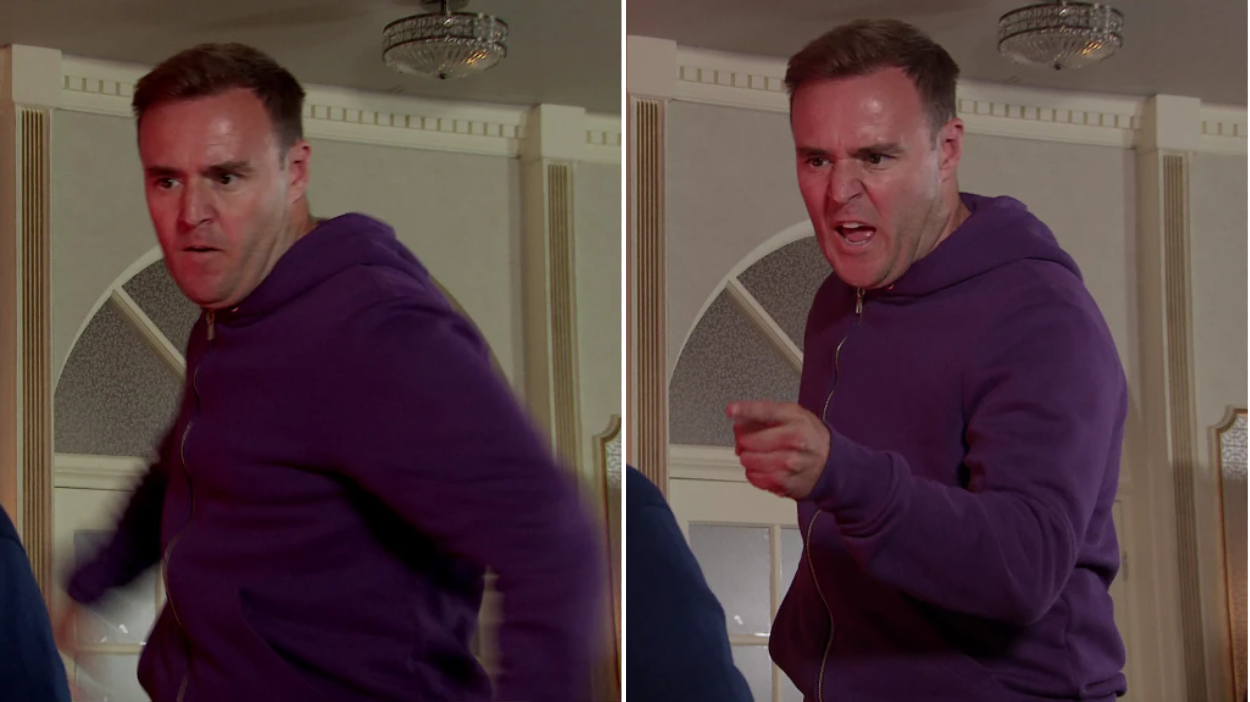 Tyrone Dobbs (Alan Halsall) only really reacts with anger and violence when times are desperate in Coronation Street and next week – it’s one of those times.

Stress has been increasing for Ty and Fiz (Jennie McAlpine) lately and it’s down to a book that’s being serialised in the Weatherfield Gazette.

Said book is about John Stape – Fiz’s ex-husband who also turned out to be a murderer.

Fiz and Tyrone have been attempting to stop the book getting published, largely because they’re aware of the impact it’ll have on Hope (Isabella Flanagan) but so far, they’re not really having a lot of luck.

Next week, Adam (Sam Robertson) and Fiz meet up with the publisher and implores her to remove Hope’s name from the book.

Meanwhile, in the garage, Tyrone finds a leaflet advertising a Q&A session about the John Stape book and he decides to go.

As the session gets underway, Tyrone listens in as the journalist wrongly suggests to the audience that Fiz was complicit in her husband’s crimes.

Tyrone sees red, climbs up on the stage and slaps the journalist in the face.

With the police on the way, Adam gets word that Tyrone has been arrested and updates Fiz on the matter.

Fiz begs the journalist not to press charges against Tyrone, but will she be able to save his skin?