Albanian migrants living in the UK today accused the government of making them ‘scapegoats’ for Britain’s ‘broken’ immigration policy – and slammed Home Office claims they were ‘gaming’ the system.

They said that they had left Albanian for a better life in Britain to work hard and pay their taxes – while insisting they did not claim benefits and were ‘not gangsters or thieves’.

Speaking outside a café in north London, the men claimed they were victims of overt racism and were being deliberately targeted by the British Government to divert attention from its shoddy handling of migrant Channel crossings.

Ervis Abdullaj, 39, owner of the 01 Café Bar and one of an estimated 150,000 Albanians living in the UK, protested: ‘Albanians are coming here for a better life. What’s wrong with that? Lots of people have come from other countries but nobody is complaining about them.

‘Albania is a beautiful country but there is a lot of corruption and violence there. Many Albanians are fleeing terrible conditions and their lives are in danger. There might not be a war going on there but it’s not a safe country.’

Mr Abdullaj, who came to Britain in 2014 through official channels said: ‘I didn’t cross illegally in a boat and have made a good life for myself in Britain. But if people are desperate to come here like this, then there must be a good reason. 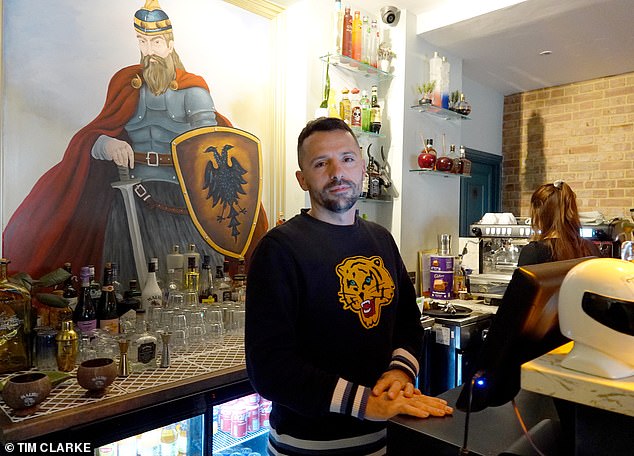 Ervis Abdullaj, 39, is the owner of the 01 Café Bar in north London and one of an estimated 150,000 Albanians living in the UK 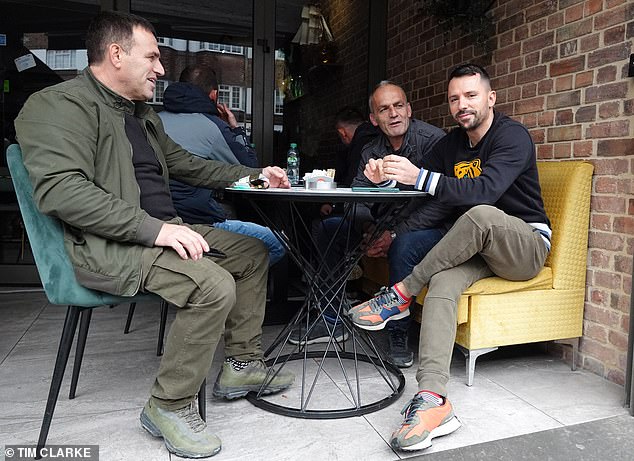 ‘I work almost 18 hours a day and like many Albanians in the UK want to have a good life for myself. The British Government is just trying to blame us for its problems.

‘It’s not our fault that it can’t get its act together and do something about the migrant crisis. So it’s easier to pin it all on the Albanians.’

Albanian gangs in the UK have been accused of people smuggling and controlling large parts of the country’s marijuana and cocaine markets.

Dritan Doda, 49 who runs a building company insisted: ‘Are we the only community in the UK that is involved in criminality and drug dealing? I don’t think so.

‘I have been in Britain for 25 years and I don’t know why Albanians are now being blamed for everything.

‘We are a small community in the UK but we are currently being blamed for all the big problems. It’s racism in my opinion because it’s easier for the Government to blame us than take responsibility.’

Builder Ermond Dena, 50, who has been in Britain for the past 10 years added: ‘Lots of communities have criminals and drug dealers. Why only focus on Albania?

‘I have noticed an increase in the number of Albanians coming to the UK over the past few months but there have also been people arriving from other countries.’

Most of those in Hendon’s Albanians cafes had been in the UK for five years or more and few admitted to coming illegally on migrant boats. 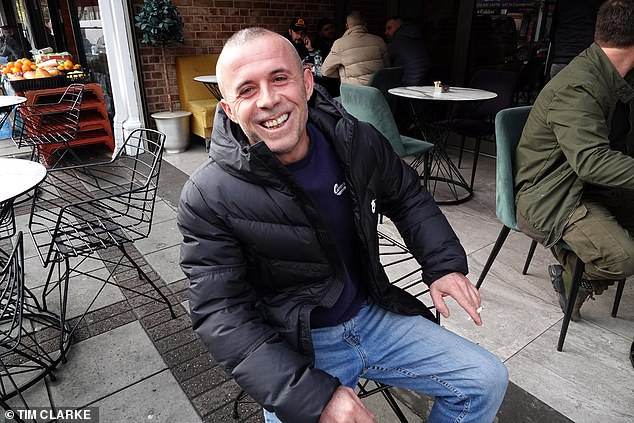 Builder Modi Reci, 42 said: ‘People are coming here from all over the world so why pick on us Albanians?’ 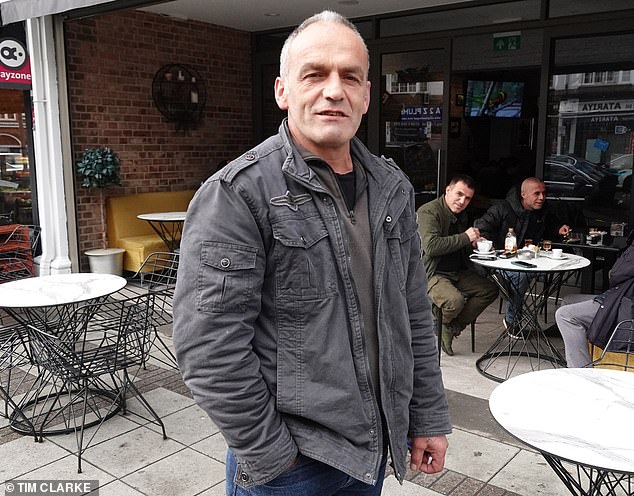 Ermond Dena, 50, who has been in Britain for the past 10 years added: ‘Lots of communities have criminals and drug dealers. Why only focus on Albania?’

But Esad, 24, who only wanted to give his first name and did not want to be photographed admitted: ‘I came last year on a boat. I paid a gang in Albania and they made all the arrangements.

His friend, who did not want to be named added: ‘I paid around £5,000, which is a lot of money in Albania. There are Albanians in France who make sure that you get on a boat. It’s dangerous but worth it.’

Builder Modi Reci, 42 said: ‘The majority of us here have not come illegally on boats. Some of those that have do get involved in criminal activity like drug dealing but it’s rubbish to say that all Albanians are criminals.

‘People are coming here from all over the world so why pick on us Albanians?’

Eddie Terziu, 37, a builder, who is originally from Elbasan, told MailOnline: ‘I came to the UK for work. I came 15 years ago and now it is my home. I have a wife and two children, my youngest son was born here.

‘There is no work in Albania. So I came to London. It was difficult to start with because I did not know the language.

‘But I worked hard and now it is my home.

‘We are not criminals, we are not gangsters. We are not asking for benefits. We work for our money.’

Edward Balla, 31, told MailOnline: ‘I am a bricklayer. I don’t sell drugs, I do not have a gun. I am not a criminal.

‘I came to the UK four years to find a better life.

‘So I have come to Britain for a better life. It is like a dream for Albanians to come to London. We know if we work hard we can earn money and live well.’

Last night Albanian Prime Minister Edi Rama condemned Home Secretary Suella Braverman for ‘fuelling xenophobia’ for describing the arrival of Albanians to the UK in small boats as an ‘invasion’.

Other Albanians told how they had been granted refugee status in Britain after fleeing their homeland in fear of their lives.

Flamur Alla, 50, a builder, told MailOnline: ‘I’m Albanian from Kosovo. I came as a refugee in 1999 because of the war with Serbia.

‘Now my life is in Britain.

‘My three children are now all grown up.

‘I have Albanians working for me at sites across London. They all work hard. They do not ask for anything for nothing.’

What is the new ‘unusual’ and painful skin symptom for coronavirus? – The Sun

Is it any wonder teenagers are confused about sexual behaviour?