The cannibal who was accused of killing and eating a college student named Kevin Bacon pleaded guilty Thursday in Michigan to murder and mutilation, despite claims of insanity from his own counsel.

Mark David Latunski, 52, pleaded guilty in front of a Michigan judge of the December 2019 slaying of the 25-year-old student, according to Michigan based news outlet MLive.

Bacon’s body was discovered in a secret room in the basement of Latunski’s home on December 28, four days after friends and family had last seen him alive.

The two had met on Grindr, which is described on its website as ‘the world’s largest social networking app for gay, bi, trans, and queer people.’ 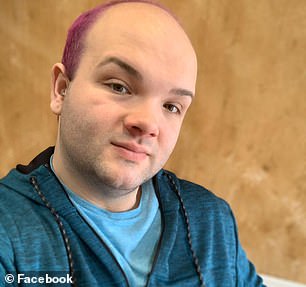 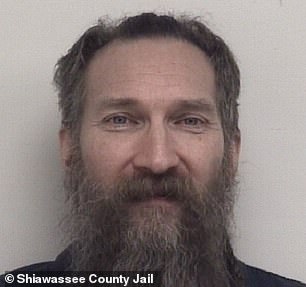 The 25-year-old was found hung by his ankles from rafters in the home with stab wounds and his throat cut.

In court, video taken by MLive shows Latunski admitting to the events that led to the 25-year-old’s death, including the gruesome and inhumane acts that followed the murder.

‘Did you use a knife to stab Mr. Bacon’ the prosecutor asks Latunski in the video. ‘Did you know that stabbing Mr. Bacon with a knife would most certainly create a very high risk of death or great bodily harm to Mr. Bacon?’

‘Yes I did,’ the self-proclaimed cannibal responds.

Latunski shared in court that he stabbed Bacon in the back at his home, catching his date by surprise.

‘After Mr. Bacon was dead, did you remove part of his body, specifically his testicles,’ she follows up. ‘Did you move those testicles to the kitchen?’

‘Yes I did,’ Latunski responds.

The guilty plea comes just weeks ahead of when Latunski’s trial was scheduled to commence in October. The open murder charge contains both first and second degree murder, and the exacted conviction will be decided on October 18.

First-degree murder means a life sentence with no chance of parole, while second-degree murder could mean life in prison with parole.

The guilty plea came as a shock to some, including his own legal counsel, who had hoped to use an insanity defense during the trial.

‘While this is not an outcome that (defense attorney) Mr. Krause and I think is in Mr. Latunski’s best interest, we do have to follow Mr. Latunski’s wishes,’ Chartier said in court. ‘We have discussed this matter and consistently he’s been very clear, more than once, multiple times, on his choice and on his reasoning.’

‘It’s still a sad day,’ said Shiawassee County Prosecutor Scott Koerner told ABC 12. ‘But, it’s a long time coming and I am hoping it brings closure and justice for the family.’

In October 2020, the cannibal was deemed mentally fit to stand trial after undergoing months of psychiatric care at a hospital in Michigan, according to ABC 12. 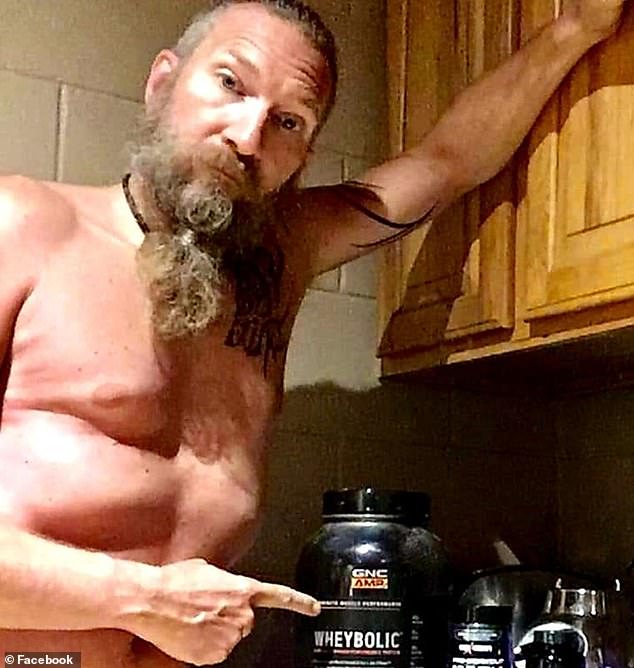 Several months prior to that decision, another judge in Shiawassee County had ruled that the 52-year-old had not been competent to stand trial, ordering him to seek treatment.

Shortly after Latunski was arrested, police shared that it hadn’t been their first encounter with the Michigan man.

In October 2019, a man visiting Michigan from New York called law enforcement as he was running away from Latunski’s home after allegedly waking up in the basement.

911 calls retrieved by The Flint Journal-MLive showed two different men on two separate occasions reaching out to police, asking for help getting away. 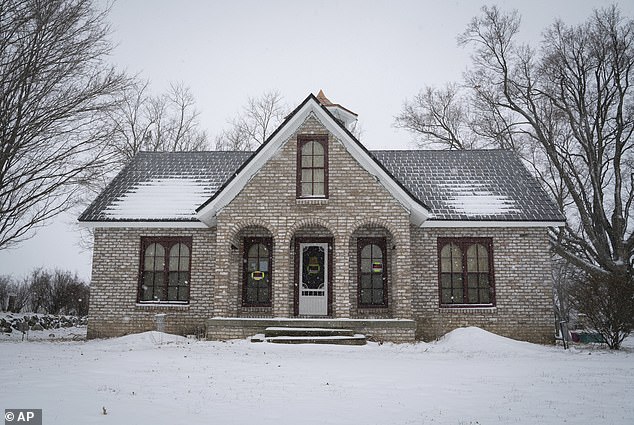 The Michigan home where Latunski brutally killed Kevin Bacon in 2019

‘I want you to know like I’ve never ever had anything like this happen. I don’t know if he drugged me. All is know is I ended up locked up in the f***ing basement, okay? Chained in the basement,’ the said the man in the October 2019 incident.

A police report indicated that on November 25, 2019, Latunski was stopped by officers as he attempted to chase another man down the street, wearing nothing but a kilt.

At the time, the man he was chasing told the officer that he had fled from Latunski’s house, fearing that the 52-year-old was going to hold him against his will, chained up in his basement.

‘I’m trying to get away from some creepy guy,’ the caller told the dispatcher. ‘He had me tied in his basement.’ 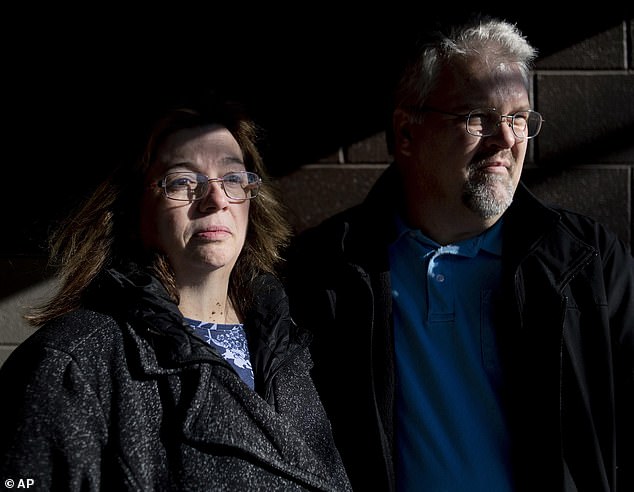 Latunski’s guilty plea moves the family and friends of Kevin closer to justice and closure.

Kevin’s parents, Pam and Karl Bacon, spoke about the need for justice back in October 2020 when the 52-year-old was deemed fit to stand trial.

Karl, who filed the missing person report for Kevin when he didn’t show up to Christmas breakfast, said that he wants Latunski to rot in prison.

‘We’re hoping he gets prison for the rest of his life,’ he said. ‘That’s what we’re going for.’