At least one hidden Chinese tracking device was discovered in a UK government car after officials forensically searched vehicles.

A SIM card capable of transmitting location data was found in a security sweep which discovered ‘disturbing things’, a security source said.

The tracker was found inside a sealed part that had been imported from China.

The revelation has caused concern among senior MPs as more calls are made for China to be treated as a ‘threat’ and for goods manufactured in China to be used with more care. 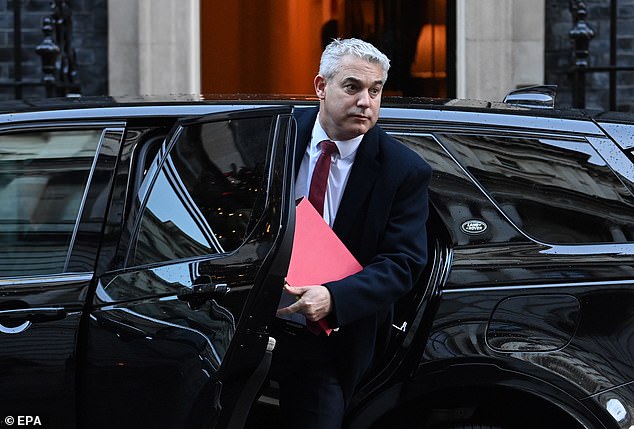 A SIM card, capable of transmitting location data, was found in a sealed part of a UK government car. The part had been manufactured in China. Steve Barclay at Downing Street in December (file image) 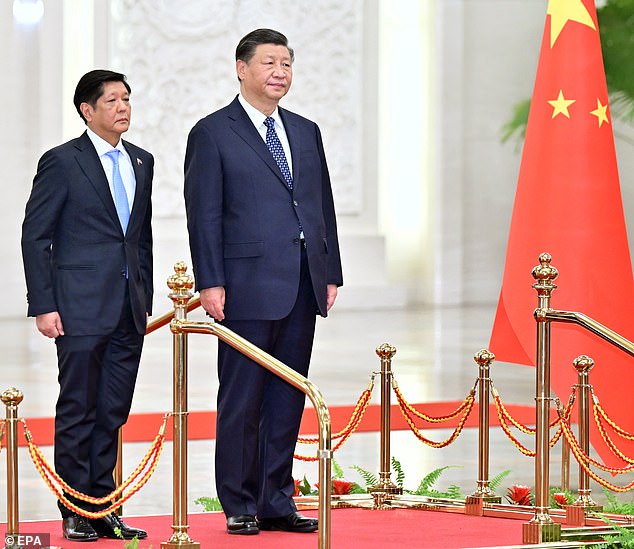 The SIM cards, which can transmit location data, have been discovered in UK government cars.

The cards are now commonplace in vehicles and can feedback information about the performance of the car to the manufacturer.

The cards would allow access to information including where the car has been, how long it was stopped and even the way in which it was driven.

The cars, which are used to transport diplomats and senior government officials, including ministers, were searched as part of an effort to improve the UK’s defence infrastructure.

Sir Iain Duncan Smith, the former Conservative leader and foreign secretary, said that the discovery showed it was time for the UK to recognise China as a threat.

‘I don’t know how much more the UK needs to know about the threat China poses to us all.

‘Surely it is time to change the integrated review and refer to China as a systemic threat.’

A GCHQ source said China’s aim was likely to be more about quantity than the quality of the trackers, as it helps to create a ‘pool of information’ about potential sites of interest.

A recently retired security expert said the threat was ‘huge’ and could mean both Russian and Chinese intelligence are tracking British ministers.

A serving security intelligence officer told the i that the cars had been ‘surgically dismantled’ and that at least one location data transmitting SIM card had been found.

The source said: ‘It [the SIMs] gives the ability to survey government over a period of months and years, constantly filing movements, constantly building up a rich picture of activity.

‘You can do it slowly and methodically over a very, very long time. That’s the vulnerability.’

The Chinese car parts are fitted into the vehicles without being opened as a result of several warranty and commercial agreements.

Other sources raised concerns about the concentration of Chinese-manufactured parts in the global car industry.

A number of new security initiatives have been introduced across Westminster in the last few months as a result of security concerns.

Staff members working for ministers will be vetted for links to China and Russia, although Downing Street spokesperson said they would not comment on security matters.

Chinese-made devices will also be reviewed by government departments as a result of a Cabinet review.

BMW, Volkswagen, Volvo and Jaguar Land Rover have all partnered with China Unicom to develop 5G connectivity within cars in recent years. China Unicom was sanctioned by the US in 2021 over national security worries.

Some of the car manufacturers have denied that the connectivity will leave vehicles vulnerable to spying efforts.

Jaguar Land Rover said it had not identified or received any concerns regarding the security of their vehicles.

Volvo refused to comment to guarantee the security of its customers but did add that it had not received any concerns.

Volkswagen said the security of its products was a ‘top priority’.

The car manufacturer said that the ECU’s offered only limited access to a vehicle’s functions and that there was only a limited potential for misuse.

A £19bn Crossrail project risks being mothballed without extra cash