Early voting in Georgia’s Senate runoff race between Democratic incumbent Raphael Warnock and Republican opponent Herschel Walker opened statewide to all registered voters on Monday, following a weekend of strong turnout in the 34 counties that offered early voting on Saturday or Sunday.

Voting locations for the Dec. 6 runoff are now open in all 159 of the state’s counties through Friday, with more than 181,000 Georgians having cast their ballots either in-person or absentee through Sunday, according to state election data.

Black Georgians are outpacing other demographic groups, according to the data, with 46.3% of the total turnout as of Sunday. That is 8 points above white voters’ share of total turnout so far, though white people make up nearly double the share of the overall state population.

While total numbers weren’t yet available for Monday, as voting continues, state officials said the daily turnout was on track to grow even higher — an indication that local interest in the race has not waned.

“This could be the biggest early voting day ever in Georgia election history,” interim Deputy Secretary of State Gabriel Sterling wrote in a tweet on Monday.

“Turnout so far is blowing doors … This is outpacing the turnout from the last day of early voting in the General Election,” he wrote in another tweet on Monday. 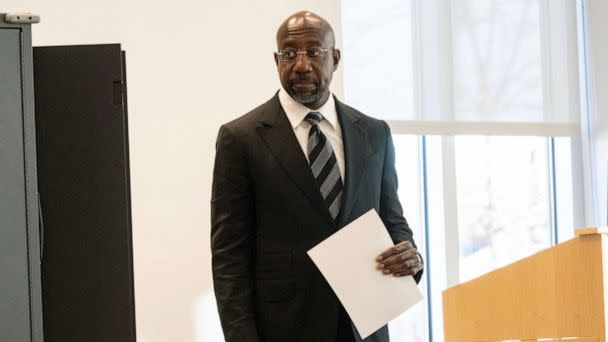 After Georgia saw unprecedented early voting ahead of the 2022 midterms earlier this month, Sunday’s turnout was 130% higher than the previous Sunday record of 37,785, set on Oct. 25, 2020, according to Sterling.

Early voting for the runoff began last Tuesday, though only in some counties, including those around Atlanta, where a majority of the state’s residents live.

Counties had not initially offered Saturday voting either, after the secretary of state’s office issued guidance that it conflicted with a law preventing voting within two days of a holiday like Thanksgiving last Thursday.

MORE: Republicans, Democrats say Ga. runoff could still be key, even without a Senate majority on the line

But Warnock and Democrats sued and a county judge ruled that Saturday voting was allowed. The state’s higher courts declined to reverse that decision when Republicans appealed.

In the wake of the court ruling, the state’s largest counties opened for Saturday early voting. Some other parts of the state, however, didn’t begin early voting until Monday.

With tens of thousands of voters taking advantage of the additional voting opportunities, some lines at polling places stretched for hours over the weekend.

The secretary of state’s office sent a memo on Monday that highlighted short wait times statewide but warned of “longer wait times on higher turnout days such as the first day of Early Voting and the last few days of Early Voting” in the metro Atlanta area that includes Fulton, DeKalb and Gwinnett counties, which so far encompass about 63% of the total early vote.

Wait times are often shorter at other locations in counties that offer several early voting spots, the office advised. 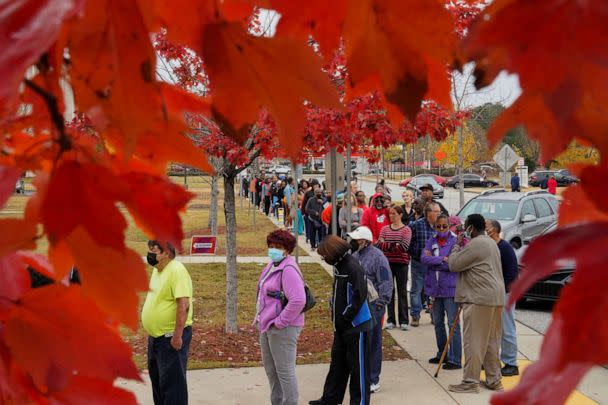 Despite questions about potential voter apathy in the runoff — when turnout is historically lower and there is less time for the media and candidates’ campaigns to inform voters — some residents told ABC News they were eager to cast another ballot.

The Dec. 6 Senate runoff will be the third in just two years and the sixth overall Senate race in the state since November 2020.

“I will go out as many times as I need to go out,” said Manuel Rodriguez, who waited for almost an hour before he was able to vote in Fulton County. “It makes me feel that I’m part of something, that I’m contributing to the society that I want to live in and to the country that I love.”

Warnock, Walker back on the trail

Warnock, a noted Atlanta reverend, was one of those Georgians taking advantage of weekend voting, casting his ballot on Sunday alongside faith and community leaders after waiting in line for about an hour in Fulton County, the fifth time he has voted for himself in just two years following two general elections and two ensuing runoff elections, along with primary challenges.

In the final days of the race, he has largely campaigned on the concept of character — contrasting his background with that of Walker, a businessman and local football legend with a controversial past. Before Warnock walked to cast his ballot, he hosted a “Souls to the Polls” rally.

“This is an important election. And it’s really about competence and character. That’s what this is about who’s ready and who’s fit to serve in the United States Senate. I’m proud of my record,” he said on Sunday.

He also continues to soar in fundraising, outpacing his Republican opponent by more than double. 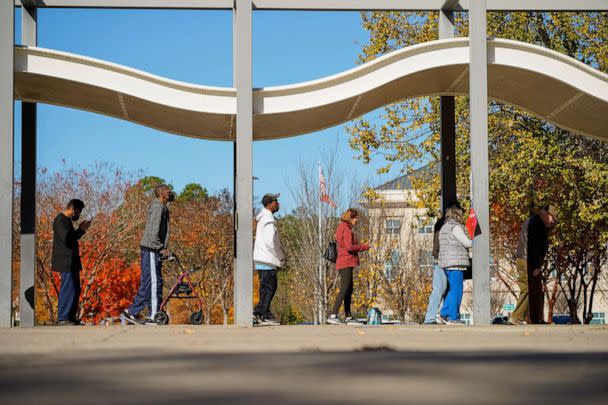 Though the runoff won’t determine control of the Senate, both Republicans and Democrats have cautioned voters not to underestimate the consequences of December’s election.

Democrats have emphasized a 51-seat majority would create an easier pathway to accomplishing their legislative priorities. In contrast, Republicans have highlighted how a power-sharing agreement across the aisle works to their advantage, pointing to the ways in which a split chamber has allowed them to block Democratic legislation.

Warnock’s campaign announced this week that they were investing more than $1 million for an “out of home” advertising campaign. The campaign includes billboards in high-traffic areas, mobile signs deployed across the state, planes that tow messages above metro Atlanta, posters at college campuses and ads at transit stops. 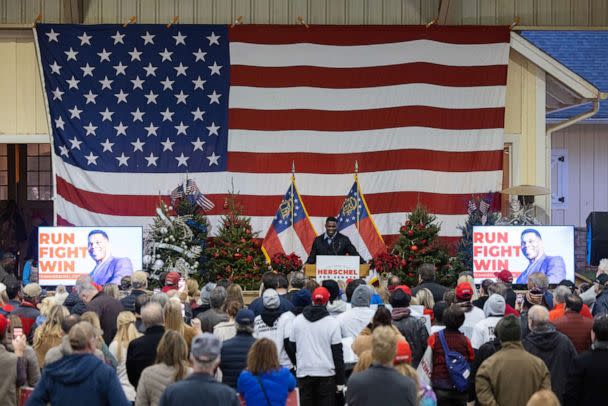 Walker was publicly absent on the trail from last Tuesday through the Thanksgiving holiday, making his first appearance during a campaign stop on Monday. He drew his own contrast with Warnock.

“Raphael Warnock is just another hypocritical Washington politician,” said campaign spokesman Will Kiley. “Warnock says character counts but refuses to take a look in the mirror.”

It's Official: Ketanji Brown Jackson Is Confirmed to the Supreme Court