Four men are arrested for organising joke ‘Real Batman Battle’ event where rivals would fight to decide the best Dark Knight: Egyptian authorities feared it could ‘spark a riot’

Police in Egypt have arrested four men who were planning to fight in Egypt for a competition to reveal the ‘real Batman’ after citing fears it could ‘spark a riot’.

Authorities arrested the men in front of the Helwan metro station after they all agreed to fight each other in person.

The four men were set to battle in Helwan, with authorities tracing the event to an online spat which started over an online joke when social media users claimed to be the masked superhero.

‘Freedom for the Dark Knight,’ said a Twitter user in Arabic following the arrests.

A poster promoting the ‘Helwan Real Batman Battle’ showed Batman driving through Cairo in a tuk-tuk.

The organisers were set to meet at 11pm, following nightfall. 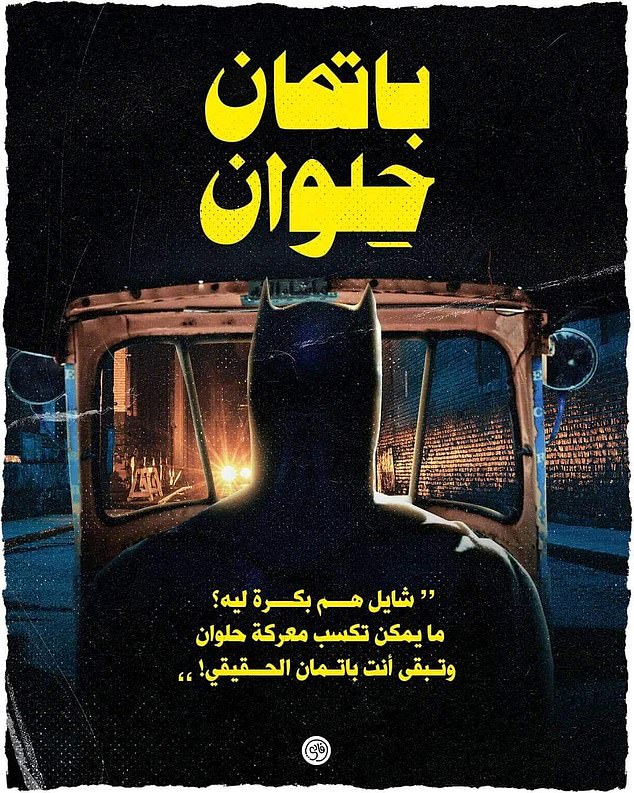 The event was scheduled for August 13, with several excitable cosplayers apparently planning to take to the streets to duke it out.

But Egyptian authorities seem to have become worried about the competition when TV presenter Lamis al-Hadidi, whose ON TV channel has links to the Egyptian government, pointed out the fight would take place on the 9th anniversary of the 2013 Tahrir Square protests that killed 900 people.

The protests ended in the 2013 coup d’état where Mohamed Morsi was overthrown by army chief General Abdel Fattah al-Sisi, who is currently in government.

Unauthorised public gatherings of more than 10 people have been banned in Egypt since 2013 and any event requires a government license.

Police arrested the men for ‘planning a riot’ and ‘using reactions’ to ‘make money’, despite acknowledging the event started as a joke, according to the BBC.

Many Egyptians view social media in the country as a place free from government surveillance but authorities often monitor sites like Twitter and Facebook for disruptive events.

But only 150 people showed up at the two entrances to Area 51 and none succeeded in entering the site, according to state and local law enforcement. 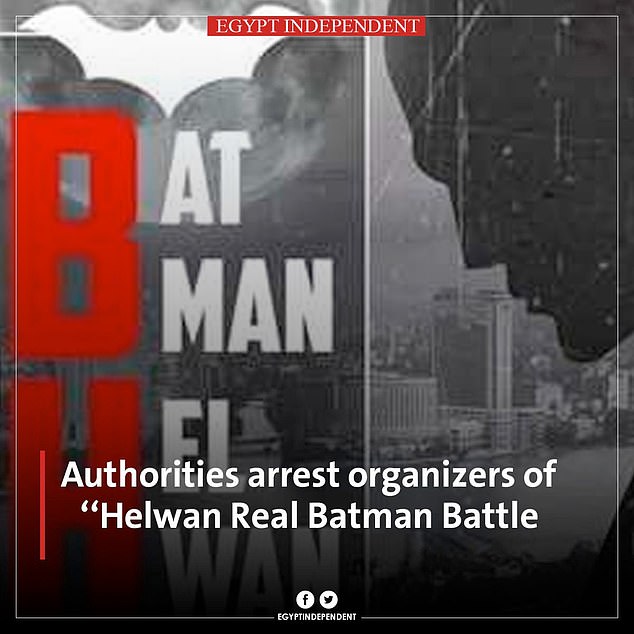 Another promotional poster advertises the Batman fight on August 13, which Egyptian authorities feared would lead to a riot

Who is Alexander Smith? 2118 ‘time traveller’ who has a ‘photo from the future’ – The Sun