Rocco Morabito, the second most-wanted fugitive in Italy and a bigwig in the powerful ‘Ndrangheta mafia, arrived in Rome on Wednesday after being extradited from Brazil ending some 28 years on the run.

Morabito, who was arrested in Brazil in May 2021 and is known as the ‘king of cocaine’, will now serve a 30-year prison sentence for various drug offences.

‘He was a major architect in the internationalisation of the (crime) gangs and became the king of cocaine brokers,’ Nicola Morra, head of parliament’s anti-mafia commission, wrote on Facebook.

The interior ministry said Morabito had been included in its ‘special search programme’ for absconded criminals.

Morabito, 56, had convictions for international drug trafficking from separate cases in the Italian cities of Milan, Palermo and Reggio Calabria.

Investigators say he was the point person for the ‘Ndrangheta in South America.

The ‘Ndrangheta is based in the southern region of Calabria, the toe of Italy’s boot, and has surpassed Cosa Nostra to become the most powerful mafia group in the country – and one of the largest crime gangs in the world.

Morabito’s arrest, along with that of another fugitive drugs trafficker in Brazil last year, came some four years after he had managed to escape from jail in Uruguay. 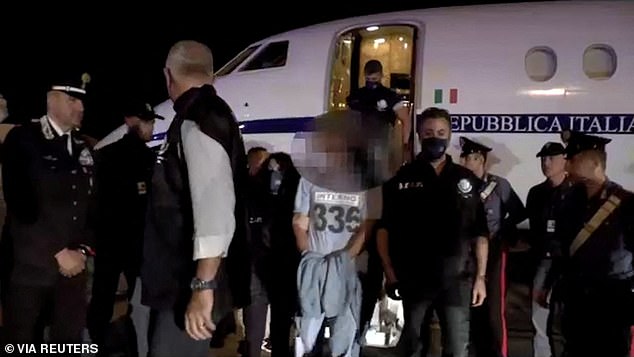 Rocco Morabito (pixellated), a fugitive drug lord with ties to the powerful ‘Ndrangheta criminal gang, lands at Ciampino airport after being extradited from Brazil to serve a 30-year prison sentence 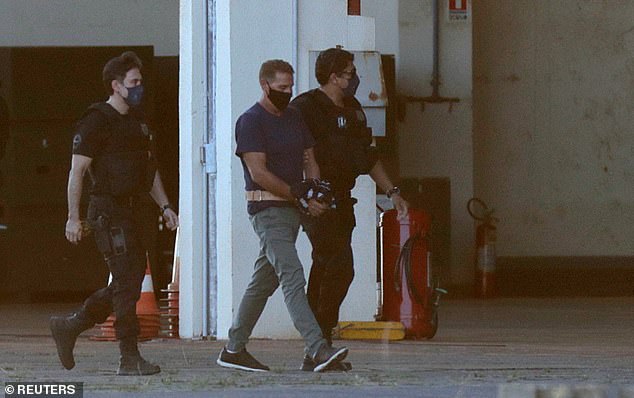 Italian drug lord Rocco Morabito is escorted by federal police, in the hangar of the Federal Police in Brasilia, Brazil, May 25, 2021 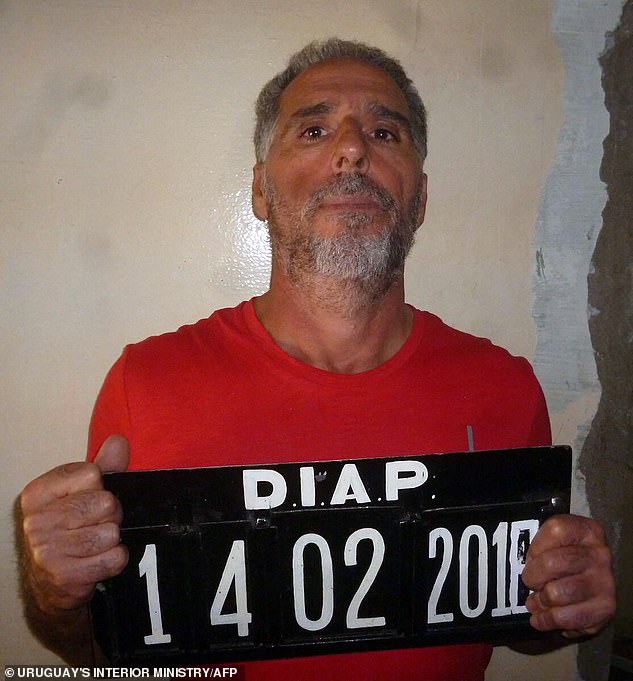 This file handout picture taken on February 14, 2018 and released by the Uruguayan Interior Ministry on June 24, 2019, shows Italian Rocco Morabito following his arrest in Montevideo

When he was captured in 2017 in Uruguay, Morabito was living in a luxury villa in a seaside resort using an alias and a false Brazilian passport, authorities said at the time.

During his arrest in a Montevideo hotel, police also seized a 9mm gun, 13 mobile phones and a stash of cash, as well as a Mercedes coupe.

In recent years, Brazil has become a key player in the transatlantic drug trade, with its gangs tying up with Italian, Dutch and Balkan players to move record loads of cocaine to Europe, lured by high prices and growing demand.

In addition to drug trafficking, Morabito has been convicted in Italy of Mafia association.

Still top of Italy’s list of most-wanted mafia bosses is Matteo Messina Denaro, considered to still wield top power in the Cosa Nostra in Sicily despite being a fugitive since 1993.

Morabito had long been one of Italy’s most wanted men prior to his 2017 arrest in Uruguay.

By then, he had lived for 13 years under a fake identity in the Uruguayan resort town of Punta del Este.

In June 2019, Uruguay’s interior ministry announced Morabito and three other inmates had escaped through a hole in the roof of their prison in the capital Montevideo, setting off a massive manhunt and causing Uruguay’s prison chief to resign.

Morabito had been wanted by Italy since 1994 after he was caught paying 13 billion lire ($8 million) to import almost a tonne of cocaine, Corriere della Sera newspaper reported.

Morabito first carved out a reputation for himself as the King of Cocaine after arriving in trendy Milan from his hometown of Africo in Italy’s poor southern region of Calabria at the age of 23.

Nicknamed ‘U Tamunga’ in reference to a German military vehicle, the DKW Munga, the young Morabito became a charismatic figure in Milan who frequented bars and parties, according to Italian press reports. 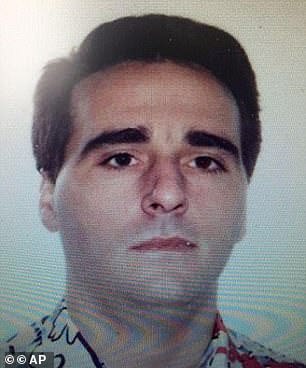 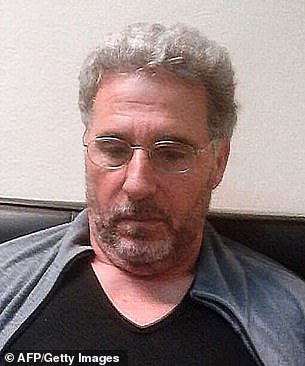 He soon came to the attention of Italian anti-Mafia investigators and they regularly tracked him delivering suitcases filled with millions of lira to Colombian drug traffickers.

Police moved in on his birthday as he made what would be his last delivery, in October 1994, but he managed to escape.

An international arrest warrant was issued in 1995 with the aim of tracking down Morabito and extraditing him to Italy to serve his sentence.

In 2017 he was arrested after living in Uruguay under a false name for 13 years and jailed while Italy’s request for extradition was processed.

Officials said at the time that he had acquired Uruguayan residence after entering the country with a false Brazilian passport in the name of Francisco Capeletto.

Uber will lay off 3,700 workers worldwide amid coronavirus pandemic