This is the way… The Way of Water, to be precise. The latest trailer for James Cameron's long-awaited sequel to his 2009 global blockbuster — and still the highest-grossing movie of all time — offers viewers more of a taste of what's in store for the second Avatar spectacle as they prepare to return to Pandora on Dec. 16. (Watch the trailer above.)

Set 10 years after the events of the first film, The Way of Water finds ex-human Jake Sully (Sam Worthington) and native Na'vi Neytiri (Zoe Saldana) raising their brood of children in the planet's lush forests. One of those kids is the adopted teen, Kiri, played by Sigourney Weaver, who previously appeared in the first Avatar as the late Dr. Grace Augustine.

Not surprisingly, it appears that Kiri plays a pivotal role in the film's storyline, informing Jake that she can hear a distinct heartbeat in the biological neural network that courses through Pandora's environment. "What does her heartbeat sound like?" Jake asks. "Mighty," Kiri responds. 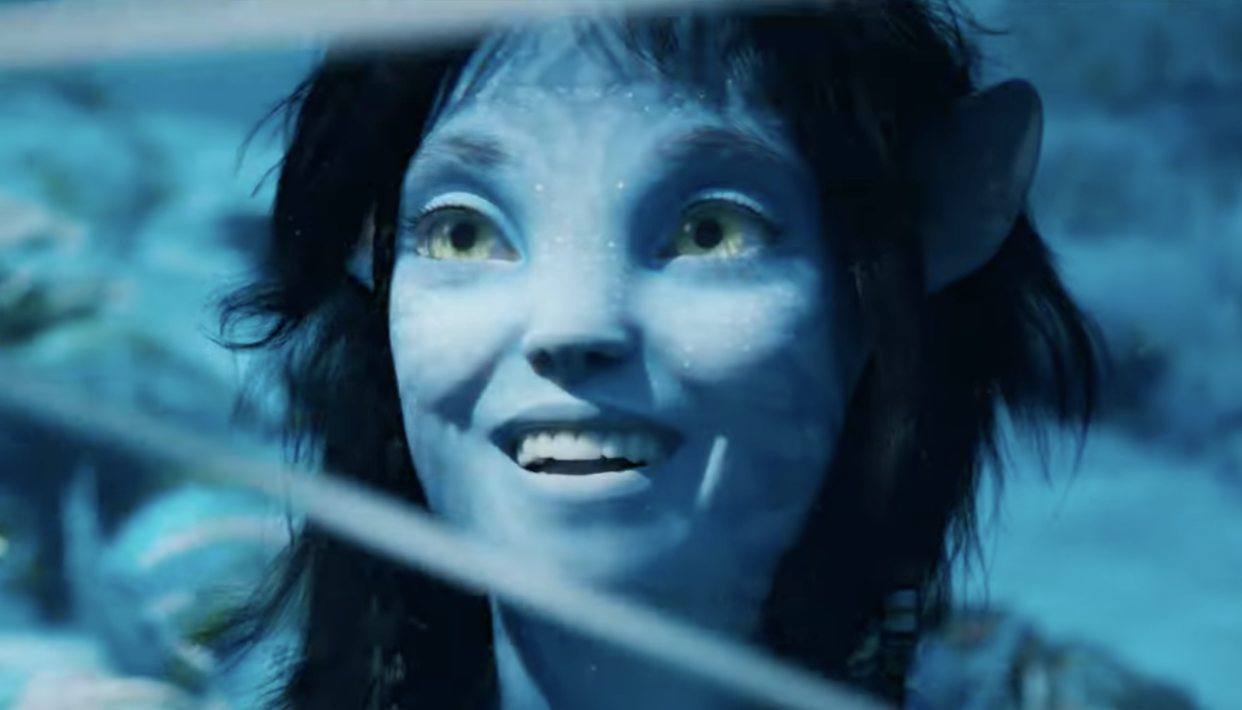 The Sully clan subsequently follows that heartbeat to some far-flung places on Pandora, including the mighty ocean that the planet's reef clan, the Metkayina, claims as its home. But that home is threatened by another previously dead player from the first movie: Stephen Lang's trigger-happy military man, Colonel Miles Quaritch. In the intervening decade, Quaritch has been resurrected in his own avatar body and is gunning for a rematch with Jake and Neytiri.

"We cannot let you bring your war here," warns Metkayina leader, Tonowari (Cliff Curtis). Unfortunately, it doesn't look like they'll have much of a choice. Quaritich's scorched-earth revenge mission appears to literally scorch Pandora's forests, and they'll need plenty of aquatic reinforcement to put the fires out.

But let's face it: The real star of Avatar will be the next-level visuals, which will be shown off in the latest state-of-the-art 3D technology. And Cameron isn't going to rush audiences through the immersive landscapes he's created. The Way of Water's runtime will reportedly clock in at a mammoth 3 hours and 10 minutes, making it the longest spectacle in a year filled with lengthy blockbusters.

On Twitter, audiences are expecting to get their money's worth for that time investment.

James Cameron may last a decade to give us a movie but my God. The visuals on Avatar the way of water are insane!

Avatar in IMAX was a spiritual experience. Don't expect The Way of Water to be any less. Blessed to be living in the time of James Cameron.https://t.co/hM2jTIvkJ9

This looks like the first movie but set in Waterworld. 😀

Also, hats off to all the vfx artists and animators who worked on this, it looks gorgeous.https://t.co/FEfvricXJb

Almost seems like a whole life waiting for Avatar: The Way of Water. Can’t wait for it to be out.

Avatar: The Way of Water premieres Dec. 16 in theaters