The photograph of a group of sawmill workers is so vivid, says Vern McCallum, that “you could walk into it”.

It was taken about 1894 near the western Victorian town of Digby, as a group of labourers worked at a steam-driven timber mill. 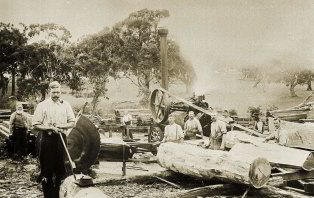 Five of them are McCallum’s relatives, including his great-grandfather, Tom Burgess.

There were no hard hats, machine barriers, nor protection from the elements. “Those fellows lived pretty hard lives,” McCallum says.

“It’s a ripper photo,” says McCallum, 76, of Allestree, near Portland, but he feels that way about many of the photographs in his collection of more than 25,000.

He calls collecting “a hobby that got out of control”, estimating he has spent more than $300,000 on it. 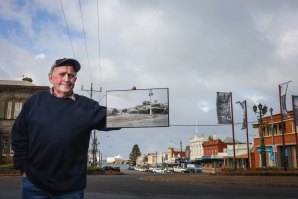 Vern McCallum, with Julia Street, Portland, in the background, looking east from Percy Street, and holding a photo of the same place in the early 1900s.Credit:Nicole Cleary

The images, accumulated over 58 years, document the colonial history of Victoria’s south-west, from the 1850s onwards. They each tell a story.

There is a photo of five girls wearing ankle-length dresses for a running race near Casterton in the early 1900s. 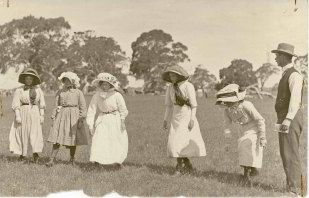 Girls at Wando Vale, near Casterton, in a running race in the early 1900s.Credit:Vern McCallum Collection

McCallum’s auntie Elsie Seymour sits, smiling, on a motorbike at Narrawong in the 1960s. Seymour cared for her 10 younger siblings after their mother died, but “she never stopped laughing”, McCallum remembers.

There are early 1900s photos of Portland’s CBD showing dirt roads with no parking signs or roundabouts. But many of the buildings still stand today. 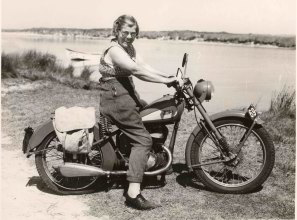 McCallum, a retired council construction supervisor, started collecting photos at age 18 after enlarging an 1890 image of his home town of Digby.

He would copy and enlarge photos for relatives and friends. People who inherited old photos or found them in an op shop would entrust them to him.

In the past two years, McCallum and friends Richard Sebo, Phil Rhuge uploaded all the images to the Vern McCallum Collection website, and McCallum recently started posting a selection on his Facebook page. 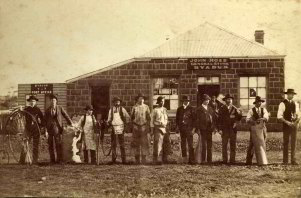 A line of tradespeople and retailers outside the Byaduk general store in a photo taken in the 1890s or early 1900s.Credit:Vern McCallum Collection

He feels good knowing the precious images will be preserved.

But he is seeking a permanent home for the prints and negatives. All too often, he says, “when the person putting together a collection dies, they get lost”.

While “money-wise they’re not worth two bob”, the photos have great human and historical value.

An elderly women sought a photo of her mother, who died in a house fire in Digby in the 1980s. The daughter worried she had forgotten what her mother looked like, and McCallum found an image of the mother.

Gordon Stokes, a local history researcher, said the Glenelg Shire cultural collection reference group, of which he is a member, found that McCallum’s collection was “extraordinary” due to its size and coverage of the history of the region, and that it was valuable to the public and researchers.

However, Stokes said the council did not have the resources to acquire the collection.

Toni Burton, the State Library of Victoria’s acting head of collection development and description said the library looked forward to assessing the McCallum collection to see whether it could be acquired. 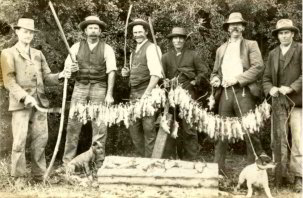 Rat trappers with their catch in the Byaduk area.Credit:Vern McCallum Collection

In 2013, the State Library purchased from McCallum more than 100 photographs of European settlement and Indigenous people in western Victoria in the late 1850s, credited to photographer Thomas Hannay.

“This [Hannay] collection provides the earliest and most comprehensive documentation of a Victorian township outside Melbourne and Geelong,” Burton said.

Ryanair boss: Era of airline's €1 and €10 fares to Europe is OVER