Berlin: German Chancellor Olaf Scholz is in China on a one-day trip, becoming the first G7 leader to visit since the start of COVID-19 and since President Xi Jinping solidified his grip on power with a third term as Communist Party general secretary.

The trip comes amid rising voices within Scholz’s ruling coalition calling for a rethink of Germany’s China policy, and growing public concern about Berlin’s commercial reliance on the global economic powerhouse. 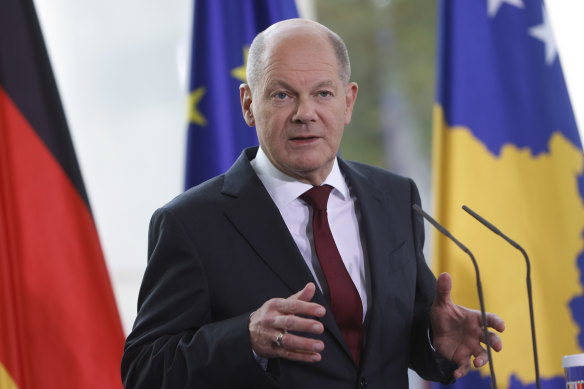 German Chancellor Olaf Scholz on Thursday before he left for a one-day visit to China.Credit:AP

One in two Germans wish their economy could be more independent from China, a survey published by ARD broadcaster showed on Thursday.

China has been Germany’s biggest trading partner for the past six years, with volumes reaching more than €245 billion euros ($277 billion) in 2021.

During meetings with Xi and Prime Minister Li Keqiang, the chancellor is expected to discuss Russia’s war in Ukraine, hoping that China can convince Russia to end hostilities.

Scholz has also been asked to press China on topics including its human rights record and opening its markets, but it is yet to be seen whether the visit will result in any real change on Beijing’s side.

“If Scholz expects he might make China publicly criticise in any way Russia’s war and threats in Europe, he would surely be disillusioned,” Shi Yinhong, a professor of international relations at Renmin University in Beijing told Reuters. 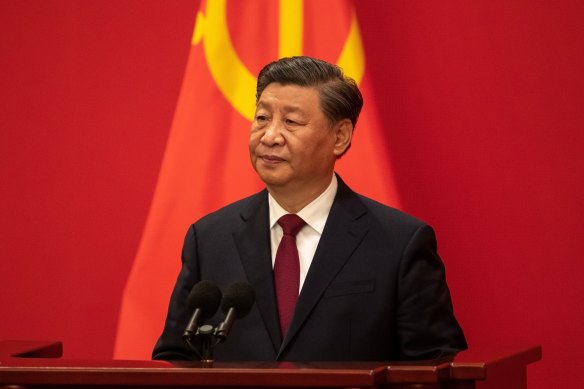 Chinese President Xi Jinping. Schoz would press Xi to take a greater role in convincing Russia to end the war in Ukraine.Credit:Bloomberg

Since Russia’s invasion, China has trodden a careful path, criticising Western sanctions against Russia but stopping short of endorsing or assisting Moscow in the military campaign.

But Xi expressed his concerns over Ukraine to Russian President Vladimir Putin when the two leaders met in September.

Wang Yiwei, the director of the Centre for European Studies at Renmin University, said the importance of Scholz’s visit was heightened by the fact that this is the first time in three years that a leader of a major western power has interacted face-to-face with Chinese counterparts.

“It is testing the waters of the relationship between China and Germany, Europe, even the West. If this visit is successful, Macron will come a month later,” Wang said.

French President Emmanuel Macron had suggested to Scholz they go together to Beijing to send a signal of EU unity, but Scholz declined the offer, German government sources told Reuters.

The trip comes after Berlin’s green light for China to obtain a stake in a Hamburg port terminal despite opposition from coalition partners and concerns from the United States.

Germany’s current economic situation, with historic inflation and looming recession, is the reason behind Berlin’s traditional China policy and its softer attitude toward Beijing than other NATO powers, Renmin University’s Shi said.

A delegation of business leaders including chief executives of Volkswagen, BMW and Siemens joined Scholz on the trip, but no company deals were planned, a German government source said.

Scholz should have brought people and organisations with him that are banned from entering the country, Omid Nouripour, leader of the Greens party said .

“In addition to the necessary economic exchange, there needs to be a clearer condemnation of human rights restrictions and a strategy for reducing dependencies in critical areas,” Nouripour was quoted as saying by Funke Media Group.