A streaker who flashed his ‘crown jewels’ to the Queen on her Golden Jubilee tour has fondly recalled the day she forgave his lude behaviour and paid tribute to her.

Former civil servant Brynn Reed, now 47, stripped off when Her Majesty visited Newcastle to unveil a monument to Cardinal Basil Hulme back in May 2002.

The then 27-year-old tore his clothes off, vaulted railings and ran past Queen Elizabeth II’s Rolls-Royce, while displaying the words ‘Rude Britannia’ on his bum. 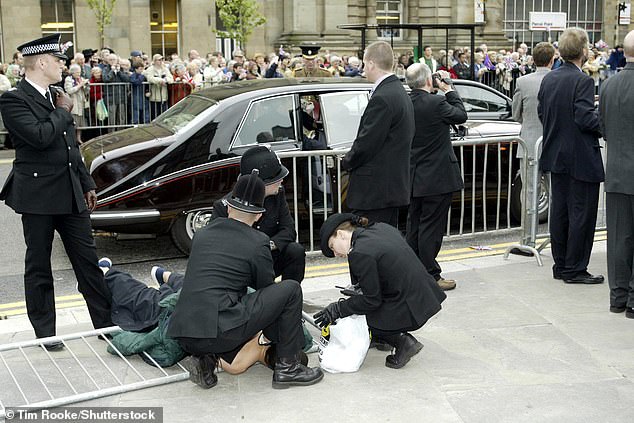 Former civil servant Brynn Reed (pictured being being restrained by police on May 7 2002), who streaked in front of the Queen when she visited Newcastle, has paid tribute to the late monarch 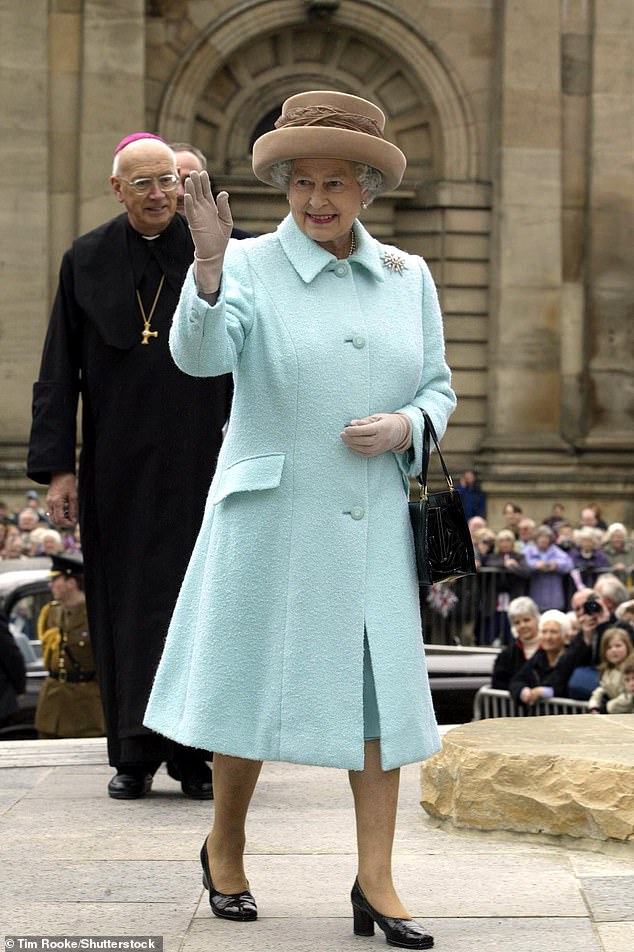 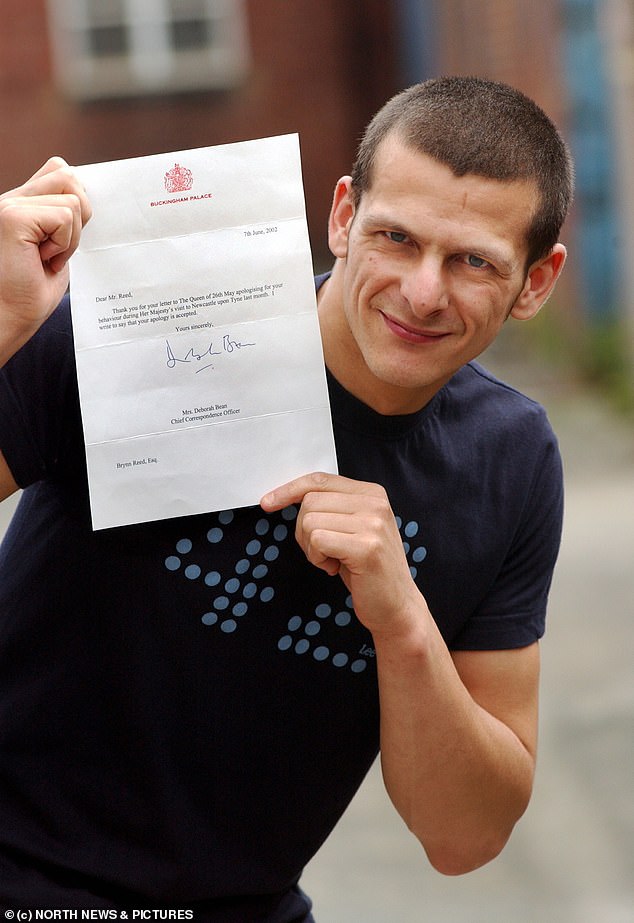 Shocked pensioners and children looked on as he was hurled to the ground by police before being covered up, handcuffed and led away to cells.

Mr Read was issued with a 12 month conditional discharge at Newcastle Magistrates after he pleaded guilty to indecent exposure following the incident.

The Newcastle-based prankster, who was sacked as a result of the stunt, wrote a letter of apology to the Queen herself afterwards and received a reply in less than two weeks.

‘Thank you for your letter to The Queen of 26th May apologising for you behaviour during Her Majesty’s visit to Newcastle-upon-Tyne last month.

I write to say that your apology is accepted.’

Now, the former streaker has paid tribute to the Queen describing her as a ‘sweet lady’.

He said: ‘It was a bit of a shock when I found out. I was on the beach and someone told me she was a bit ill.

‘I was suspicious at first when some stranger on a beach told me the news.

‘It’s sad news. There was so much ambiguity about her state of health.

‘She was a nice person. A sweet lady has just passed away. I’m sad for the family.

‘I completely sympathise with their loss. I’ve had relatives that have passed away and it’s difficult.’

The Queen: All you need to know following her passing and a look back at her 70-year reign

Boy, 14, 'murdered Colorado mom, 32, after randomly firing at her Land Rover six times as she drove home from dinner'