Submarine rape claim outrage: Former sailor reveals how she was bullied and harassed for reporting abuse… while ‘attacker’ was allowed to stay in the Royal Navy

A former sailor has revealed how she reported being raped by a fellow submariner – only to face a horrific bullying campaign while her ‘attacker’ was allowed to stay in the Royal Navy.

The woman is one of three new whistleblowers to come forward after the Daily Mail exposed allegations of abuse, misogyny and sexual harassment in the secretive Submarine Service.

The Navy has already begun an investigation and last night said it would reopen and reinvestigate previous complaints, including the latest allegations.

All the whistleblowers said women in the service are too afraid to report abuse for fear of being ostracised. They called for an independent inquiry.

The former sailor described how she was violently raped by a fellow submariner. The woman said she was physically and verbally abused by crewmates for reporting the attack.

This included having a cigarette put out on her, being pushed in front of a moving car and being threatened with rape. 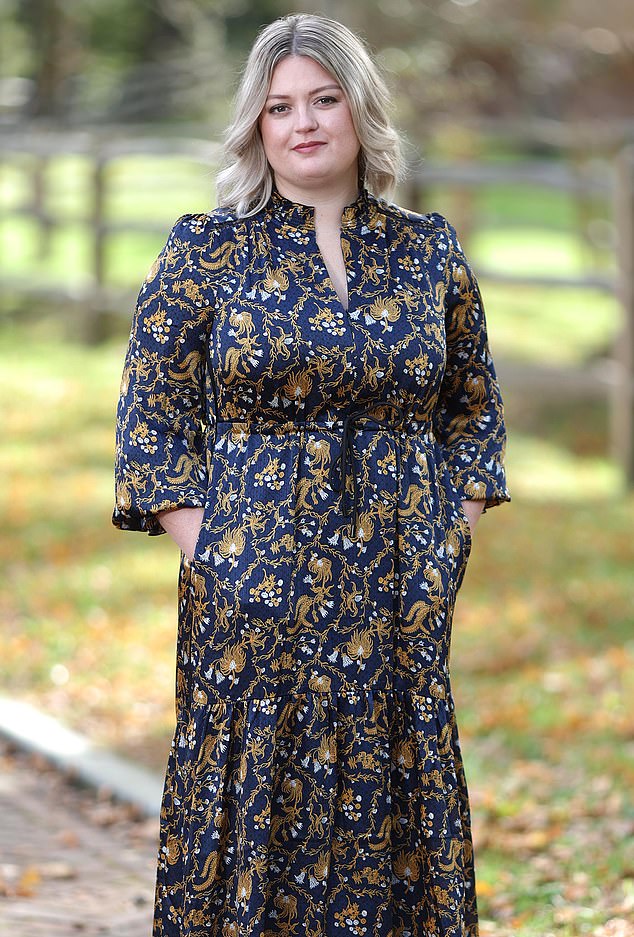 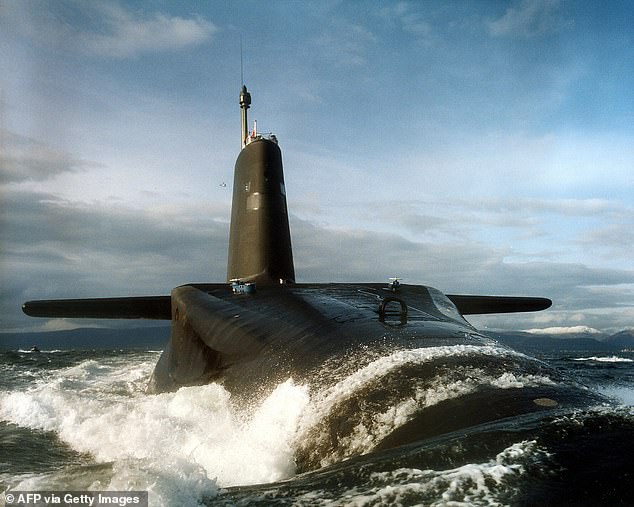 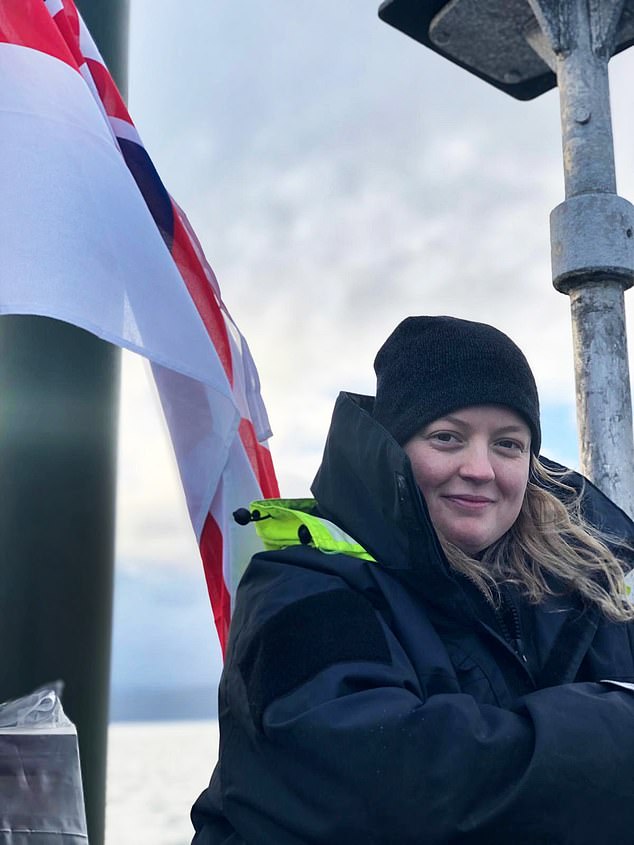 She was also assaulted in her bed by a higher ranking submariner who rubbed his genitals on her face as she slept.

All the whistleblowers said that – like former Lieutenant Sophie Brook, who spoke out about her ordeal in Saturday’s Mail – they had their underwear stolen while on patrol.

Miss Brook told how she was also physically and mentally abused.

The alleged rape victim cannot be named for legal reasons. The former junior naval rating said the attack left her covered in bruises.

Her alleged assailant had previously told her that she was one of the few women on their Vanguard class nuclear-powered submarine who he planned to have sex with.

‘He started sending me inappropriate messages on social media and started harassing me. I reported it to my divisional chain,’ she said.

‘They said they would separate us on the watches so I wouldn’t have to spend time with him.’

She was attacked by the man when their patrol came to an end and the crew stopped over in a foreign port.

She was in her early 20s at the time and the only female in a hostel with around 50 male crewmates. She returned to her room early during a night out after a day off, having felt sick after having too much to drink.

‘I thought I had locked my door but I didn’t shut it properly… he came into my room and I tried to lock myself in the bathroom,’ she said.

‘I remember him dragging me out and putting me on the bed. I was saying, ‘leave me alone’ but he didn’t stop and my head hit something and I blacked out.’

She said she woke to the horrific realisation she had been raped and felt sick. ‘I was having panic attacks and I had marks all over my body and bruises. I felt disgusting and he texted one of my friends, another sailor, saying that he had ‘done something really bad’ to me.’

The details of the location and timing of the alleged attack have been withheld to protect the victim’s identity.

She said she had not initially wanted to report the incident, but heard that the man had been accused of similar assaults by other women.

As soon as she made a formal complaint to the Royal Navy Police and her alleged attacker was removed from their base, she was subjected to a horrific campaign of bullying by male crewmates at Faslane, the Navy’s submarine base in Scotland.

‘They would call me a slut and tell me to kill myself,’ she said. ‘They would say I was a liar.’

The situation was made worse when her alleged attacker was allowed to return to base after her case was dropped.

‘He was just randomly there one day as if nothing had happened,’ she said. ‘When I questioned my bosses they said my letter from the naval police saying they couldn’t take it any further had got lost in the post. 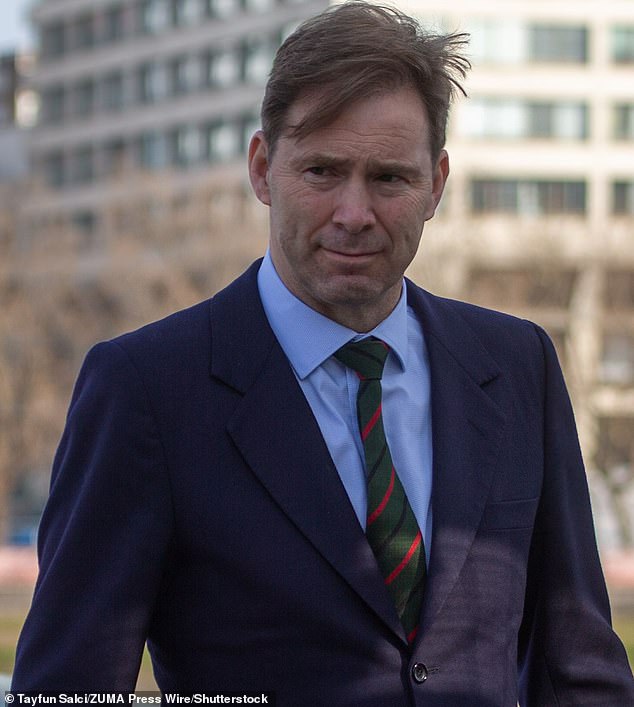 Tory MP Tobias Ellwood, chairman of the Commons defence committee, said the allegations raise questions over whether the Navy is able to police itself

‘It got worse then, he had all his friends and they would all bully me. I hid away,’ she said. Left feeling suicidal, she was forced to quit the Navy and abandon her dream career.

‘The hardest part was wondering when I might bump into him. I felt like he was protected,’ she said. ‘I couldn’t go on training courses because he was on them, so he got promoted and I was held back.

‘The Navy just let me down, the whole thing destroyed me.’

Tory MP Tobias Ellwood, chairman of the Commons defence committee, said the allegations raise questions over whether the Navy is able to police itself, adding: ‘There should be a trusted process for complaints.’

The head of the Navy, First Sea Lord Admiral Sir Ben Key, has said he is ‘deeply disturbed’ by the allegations. He said in a statement: ‘Sexual assault and harassment has no place in the Royal Navy and will not be tolerated. Anyone who is found culpable will be held accountable regardless of their rank or status.’

The Ministry of Defence said: ‘We continue to improve the ways to report an allegation, including ensuring that service complaints are no longer dealt with by the chain of command, but are instead processed by a separate team.’

A Navy rating has been arrested over the alleged rape of a 16-year-old girl in Cyprus.

The alleged victim, said to be a British tourist, told local police that the 19-year-old sailor, who denies the charge, was ‘known to her’ and attacked her in an apartment after they met at a bar in Paphos, The Sun reported.

On an almost daily basis, victims of sexual harassment approach me from the RAF, the Royal Navy and the Army with horrifying stories, ranging from groping and pestering to allegations of rape.

The sad fact is that the sexual misconduct on nuclear submarines, exposed by the Daily Mail at the weekend, is endemic across all three services of Britain’s armed forces.

And today the paper reports of yet another whistleblower – a sailor who claims she was raped and then viciously harassed by her fellow crew after she reported it.

Most of the courageous people who complain about sexual harassment in the forces are female. And there is a common theme: when they reported their allegations, a cover-up ensued. In many cases of sexual assault and misconduct, the perpetrators are more senior, using their position to bully and harass juniors.

In many other cases, the senior officers don’t want to know, because their own careers might suffer as a result. They look for the quickest solution, which usually means redeploying or even ousting the person making the complaint – a system known in military slang as ‘posting the problem on’.

It is nothing short of horrific. As cofounder of the Independent Defence Authority, which lobbies Parliament on behalf of service personnel and veterans, I am dealing with one ongoing case where a young female officer in the Red Arrows reported serious harassment. She has been threatened with being booted out.

Because she has not dropped her complaint, her character is being smeared, her career attacked and her motivation for making the complaint questioned. This is typical of the tactics used by the military to smother allegations. The credibility of the complainant is undermined in a hideous pattern of obfuscation, denial, bullying and counter-charges. 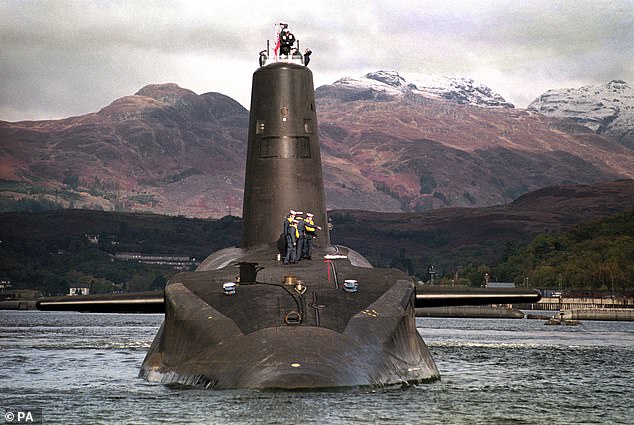 A senior source has admitted the Navy was aware some women had been affected by ‘inappropriate sexualised behaviour’. Pictured: The Royal Navy’s Trident-class nuclear submarine Vanguard

The victims are painted as bitter or unstable, and sidelined, sacked or court-martialled. It not only silences those who do complain, it deters others who might be thinking about it.

The message is simple: keep your mouth shut. Those who speak out are set apart from others in their unit. Bullied, despised and isolated, many give up in despair and leave the forces. Some even have mental breakdowns. Suicides are tragically common – over 70 former service personnel take their own lives each year and, though records are not kept on how many of them have made complaints, sexual harassment is one factor.

I served in the Army for 26 years, having commanded at every level including that of a battalion. I was the senior military human resources officer within defence intelligence and I know first-hand that these problems have become particularly widespread in recent years – while the services have not evolved to cope with this. The process of complaints in the military is designed to destroy people, not to help them.

Too many people, from second lieutenants to generals, are concerned with protecting their own careers. They are active bystanders when complaints are made and, by walking past when they hear or witness inappropriate behaviour or ‘banter’, they effectively condone and enable it.

Often, serious behaviour is not reported because victims fear their chain of command. Any complaint, sexual or not, has to be submitted to a senior officer. That’s how the system is set up.

But there is virtually no professional training for any officers in complex human resource issues, such as sexual harassment or mental health.

As a result, there is often no one in the chain of command who has the faintest idea how to proceed when they hear a complaint – except to try to brush it under the carpet. Allegations that would be dealt with swiftly and efficiently in private business are left to fester for years in the forces.

A n RAF officer told me she was subjected to constant sexual innuendos and threats on WhatsApp, including demands to meet senior officers. Her abuse escalated so much that one night, her senior officer hammered on the door of her room, demanding to be allowed in when she was in bed.

In such a frightening situation, it is almost impossible for people to carry out their duties. And let me be clear: this has a serious effect on Britain’s ability to defend itself, at a time when European peace faces the greatest danger since the Second World War.

The sexual harassment crisis in our forces goes all the way to the top. The top brass are very good at making the right noises and insisting that all misconduct will be robustly dealt with.

But the truth is that cases now coming to light have been brewing for years. We have to act to end this appalling scandal – not only for those whose lives are made so wretched, but for the security of our nation.

Philip Ingram MBE is a former senior intelligence and security officer, and co-founder of the Independent Defence Authority