One of England’s oldest vineyards goes on sale: Chilford Hall winery which was established 50 years ago by founder of Little Chef restaurant chain Sam Alper hits the market for £2million

An award-winning vineyard which is one of England’s oldest and founded by a pioneer of British winemaking is on the market for £2m.

Chilford Hall Vineyard and Winery in Cambridgeshire was established 50 years ago by entrepreneur and founder of the Little Chef restaurant chain, Sam Alper.

It is now being sold by his widow Fiona and includes a 22-acre vineyard, winery, wine-making equipment and about 45,000 bottles of wine produced on the estate.

The vineyard was established in 1972 and has 18 acres of established vines with nine different grape varieties including Müller-Thurgau, Pinot Noir, Rondo and Regent.

It produces over 18,000 bottles of red, white, rose and sparkling wines a year and has won many accolades for the quality of their wines.

There are a further four acres that provide scope for further planting or development. 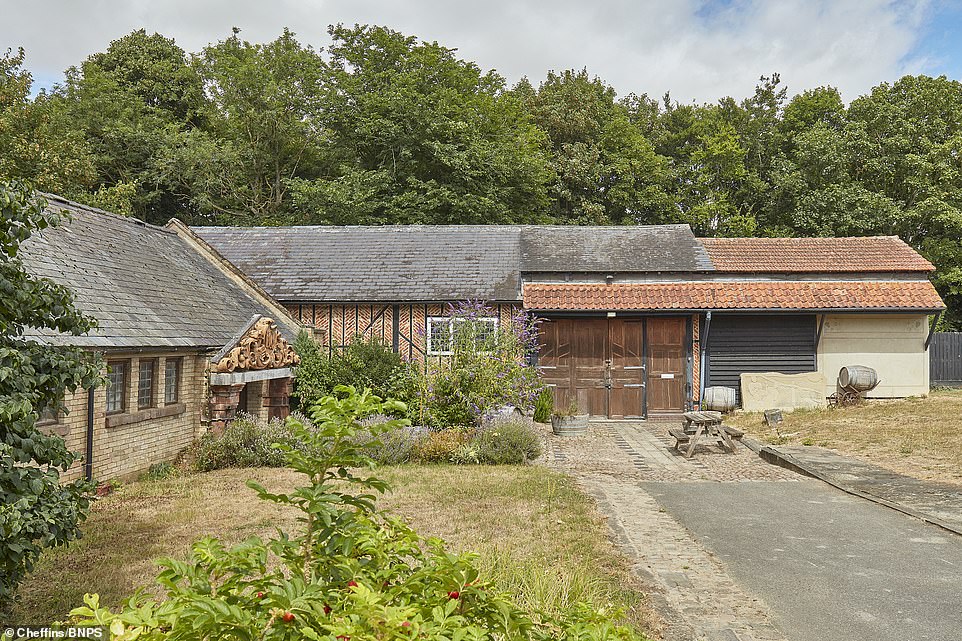 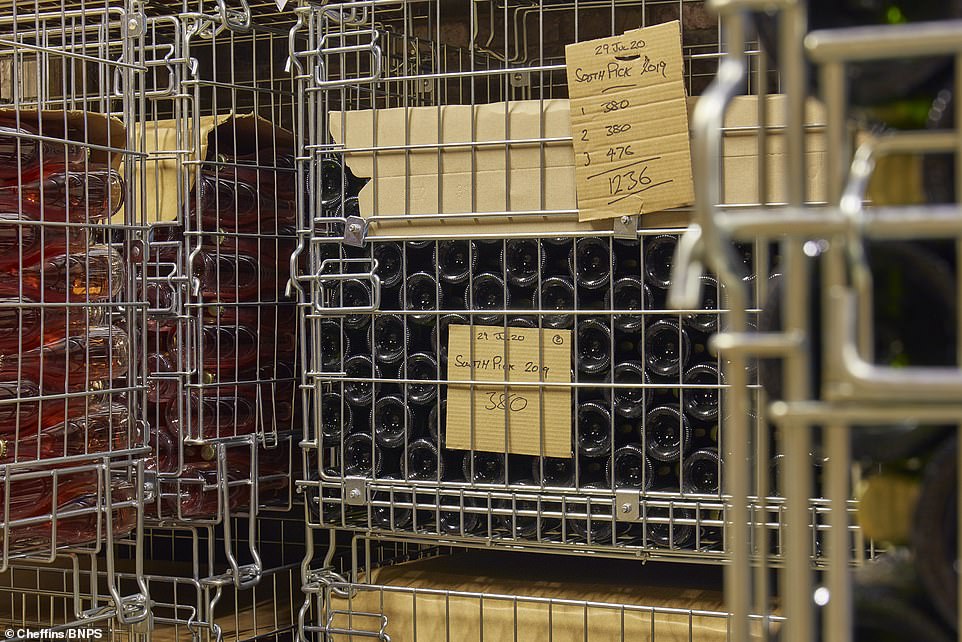 The wine yard in Cambridgeshire produces 45,000 bottles of wine every year and is one of Britain’s oldest vineyards 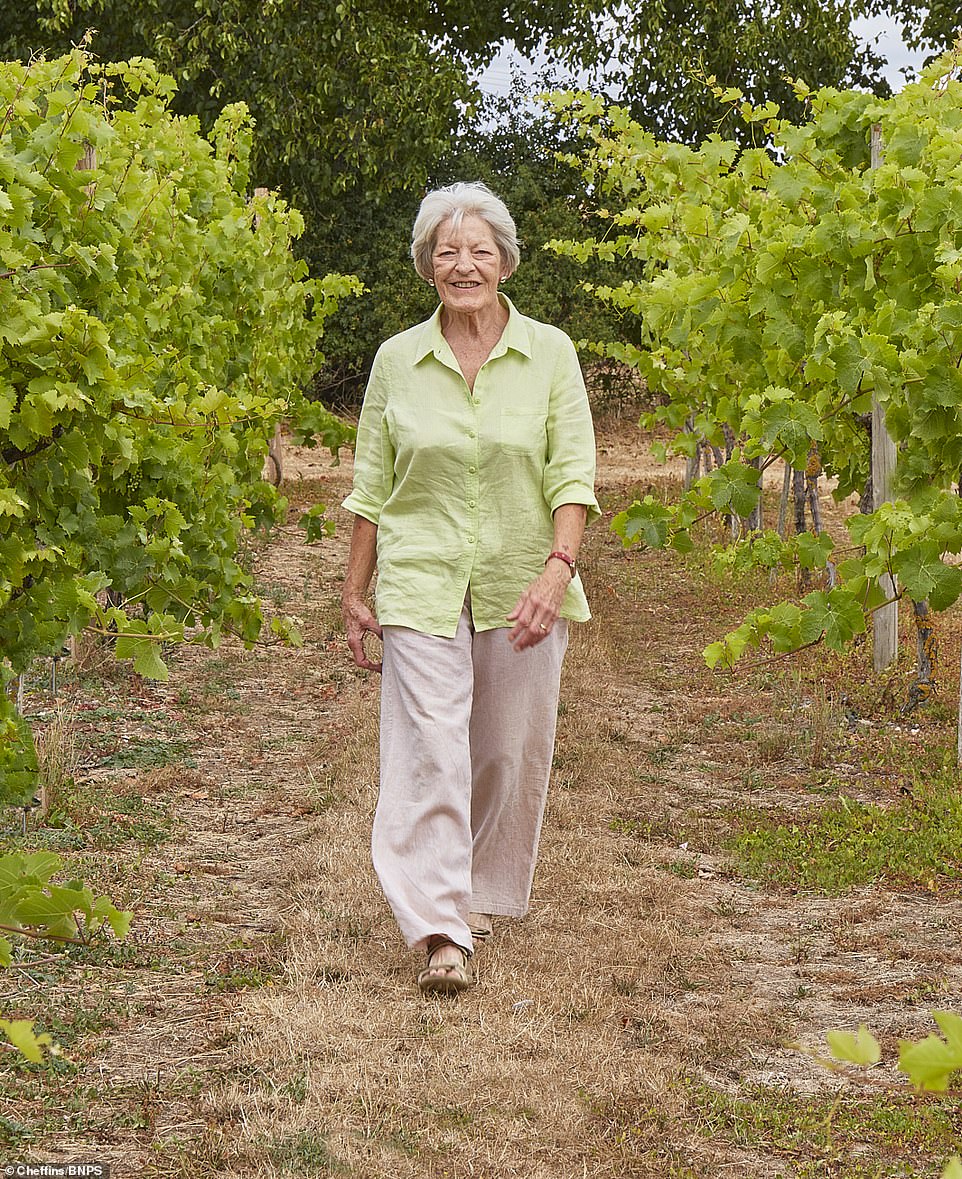 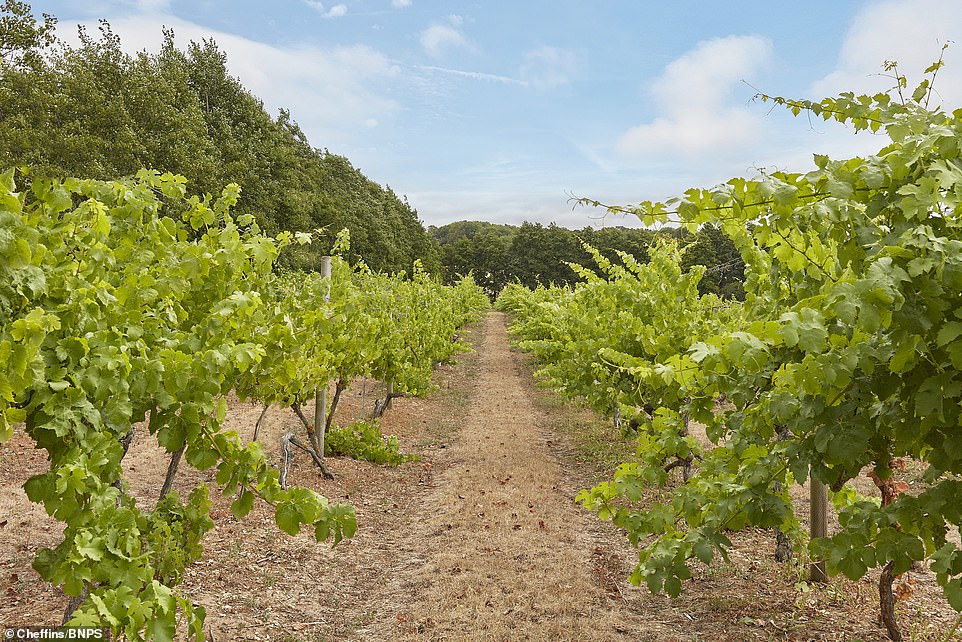 The vineyard was established in 1972 and has 18 acres of established vines with nine different grape varieties including Müller-Thurgau, Pinot Noir, Rondo and Regent.

The winery buildings are set around a grassed courtyard and include a timber framed building, a converted Dutch barn and a bonded cellar in a six-acre plot with areas of undeveloped land that could provide further expansion.

Sam Alper was a great promoter of English wine. He was the founder of the East Anglian Growers Association, a board member of the UK Vineyards Association and a shareholder of the International Wine and Spirit Competition.

Head wine maker Mark Barnes has been with the company for 16 years and consistently produces award-winning wines.

The winery also provides consultancy on wine growing and vine planting services and has been a popular destination for vineyard tours and tastings.

Fiona Alper said: ‘I have met so many interesting people and have wined and dined in the most incredible places, from Napa Valley to Hungary.

‘I now want to retire and feel it is the right time for someone with passion and energy to take the vineyard and winery to the next level.’ 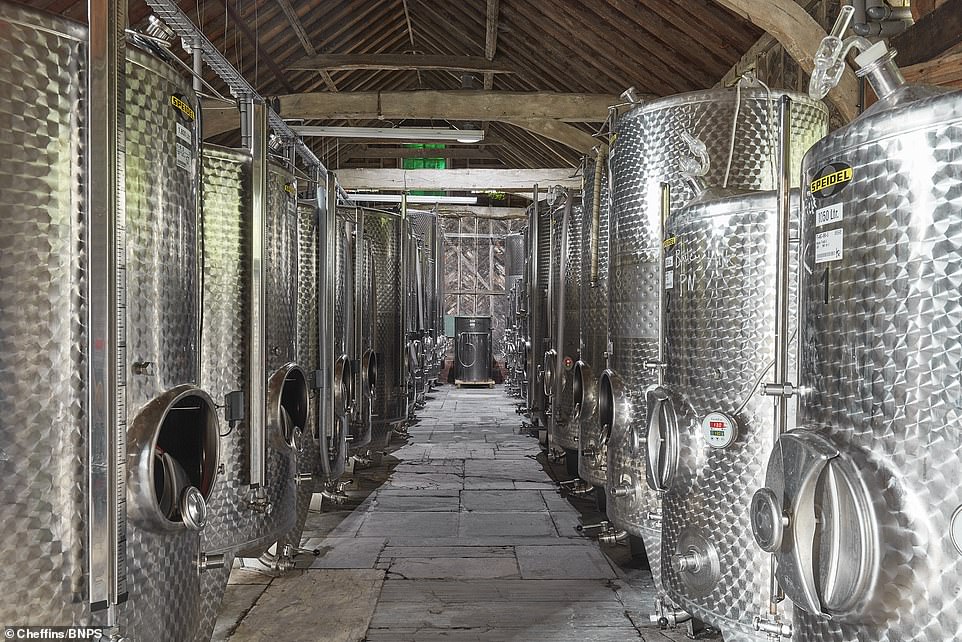 The establishment was bought by former Sam Alper, former owner of the Little Chef restaurant chain, in 1972 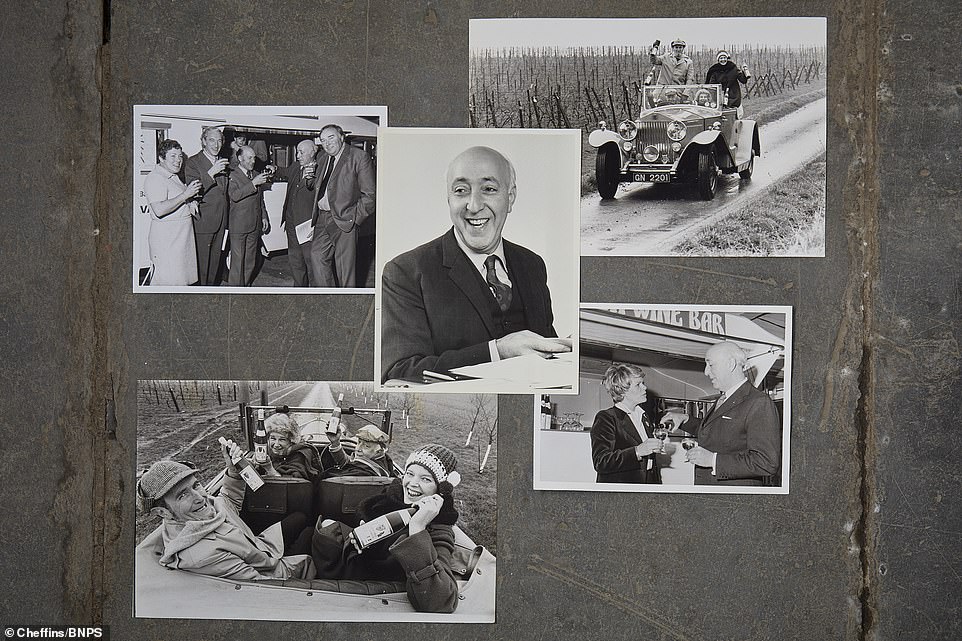 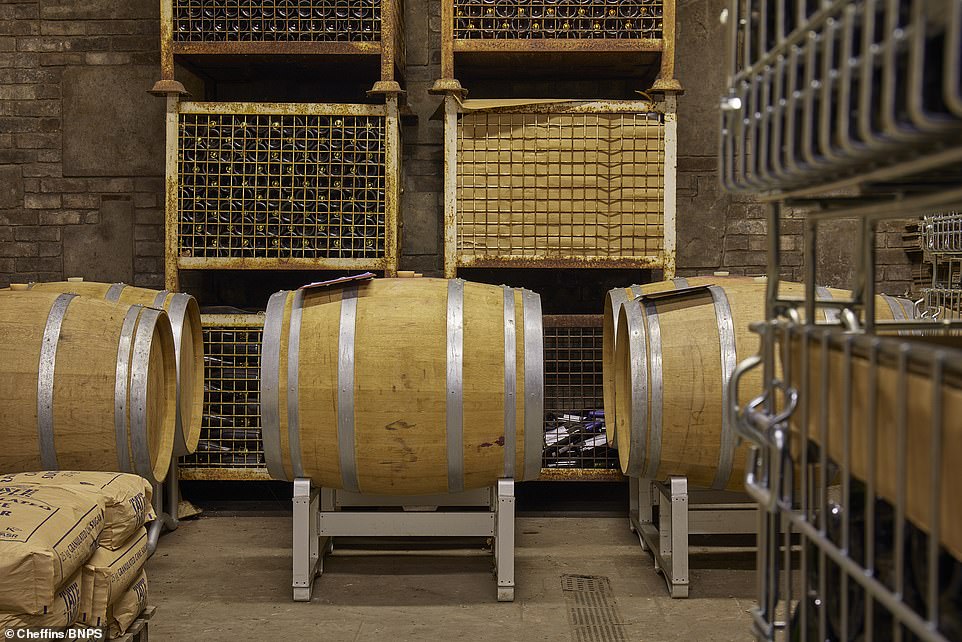 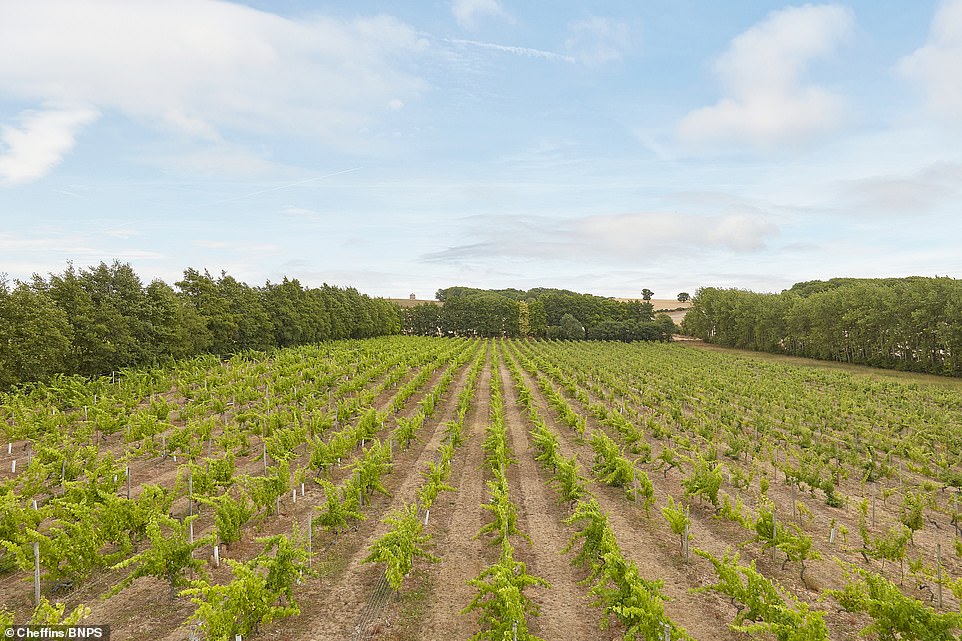 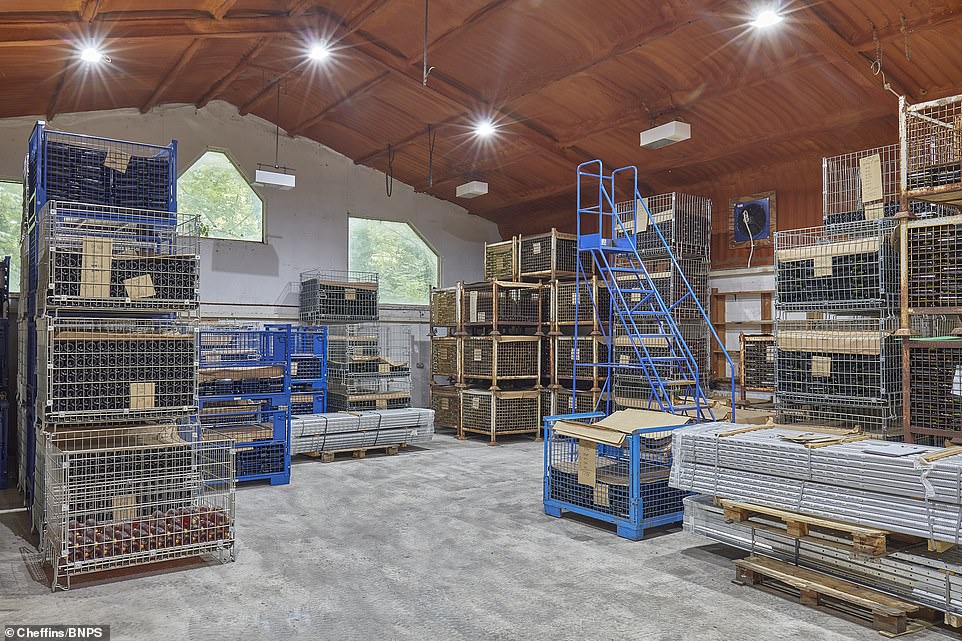 The winery also provides consultancy on wine growing and vine planting services and has been a popular destination for vineyard tours and tastings. 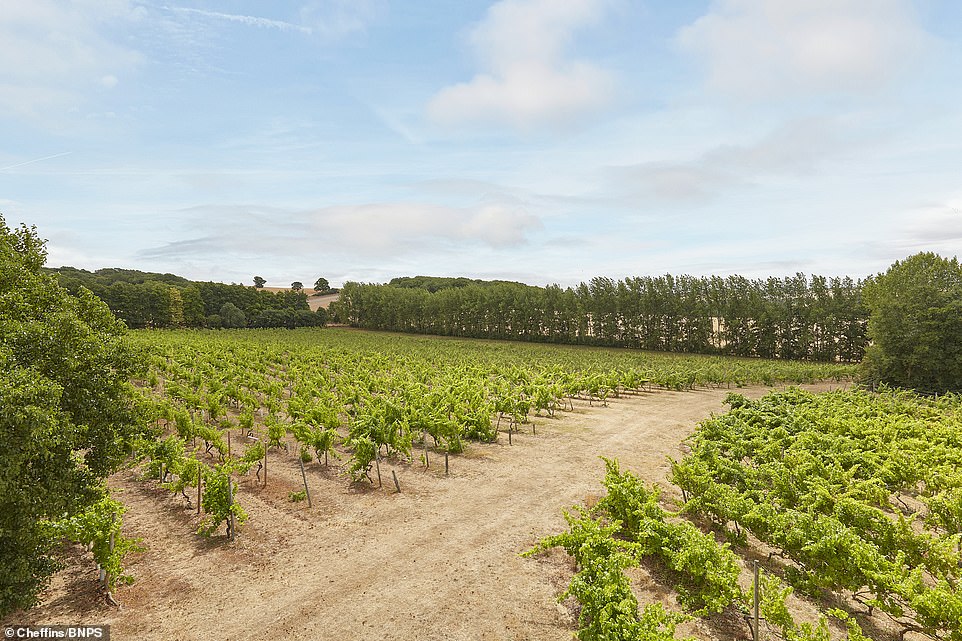 The establishment’s owner said she now wants to retire

‘The flinty soils overlying chalk at Chilford Hall are ideal for the production of English sparkling wine, which has been an expanding area of success for the business.

‘The English wine market is evolving at pace, and we have seen a growth in interest in this emerging sector within the rural market.

‘Whilst there are now believed to be over 700 vineyards in England and Wales, few of these are as well as established as Chilford Hall, and with its free-draining soil, it has conditions similar to those found in the Champagne region of France, making it perfect for sparkling wine production.’

Simon Gooderham, of estate agents Cheffins, said: ‘This is an exceptional opportunity for a buyer to purchase one of the oldest vineyards in England and to take this already well-regarded business yet further.