Anyone caught petting or feeding wild ponies in the New Forest could be fined up to £1,000 in an attempt to crackdown on antisocial behaviour.

The New Forest District Council is hoping to criminalise feeding the renowned ponies, horses, mules and donkeys that roam within the park.

Those working at the national park said that advice to not feed the animals continues to be ignored ‘on a daily basis’, with people being bitten and kicked after handing the animals all types of snacks – including crisps.

It plans to create a Public Spaces Protection Order (PSPO) meaning anyone failing to obey the rules could be slapped with a £100 fixed penalty notice or be prosecuted through the magistrates’ court and be handed a fine of up to £1,000.

It also plans to criminalise the use of barbecues or campfires within the New Forest, as tourists continue to turn a blind eye to the advice not to light up fires. 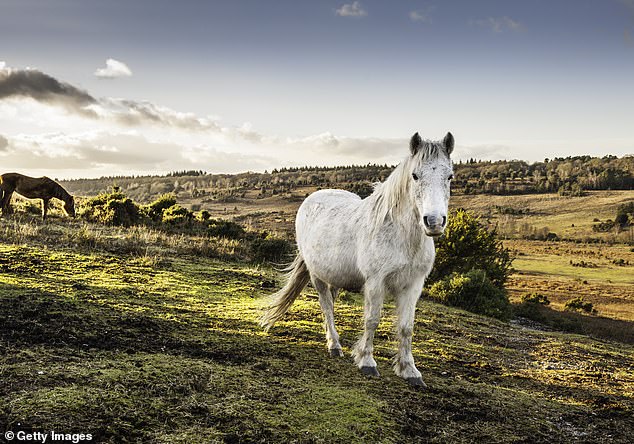 The New Forest district council is hoping to crackdown on people petting the renowned ponies. Those spotted petting or feeding the animals could be handed a fine of up to £1,000 if plans are approved

The plans to ban the barbecues come after Forestry England, a Government agency, put out seven fires in one weekend in August 2022 alone, The Times reported.

PSPO’s can be put in place for a range of different reasons. Local authorities in the past have put PSPO’s in place to stop unauthorised cycling, begging and antisocial drinking.

A report handed to the council documenting the park’s issues said that tourists are spotted in the area feeding and petting the free-roaming animals ‘on a daily basis’ causing ‘extremely detrimental’ issues to the ponies’ health.

The New Forest’s lead ranger Gillie Molland council her staff had to put out 50 barbecues and campfires on a single day in 2020. 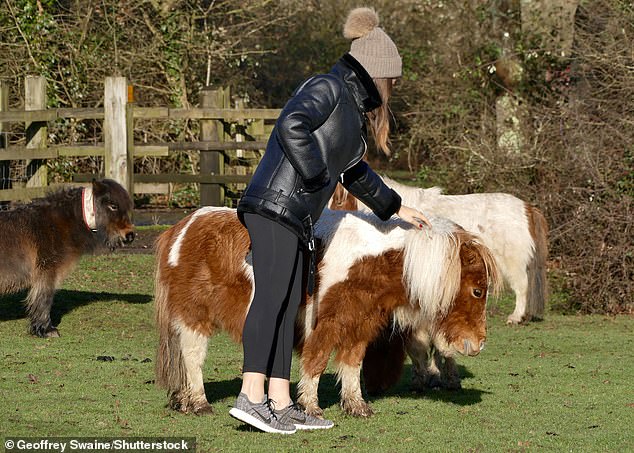 Those who oversee the ponies in the New Forest said feeding the animals puts a risk to their welfare, as it leads them nearer the roads where cars are. Pictured: A woman stops to pet the miniature New Forest Ponies at Balmer Lawn

Forestry England told the council in the report of recommendations, that unauthorised fires were ‘happening continuously and repeatedly’ despite disposable barbecues being banned.

The head agister who looks after the New Forest ponies, Jonathan Gerrelli, said: ‘Unfortunately, ponies can and do get aggressive around food.

‘This leads to competition between the ponies, including kicking and biting, and that aggression can and often is directed at members of the public. 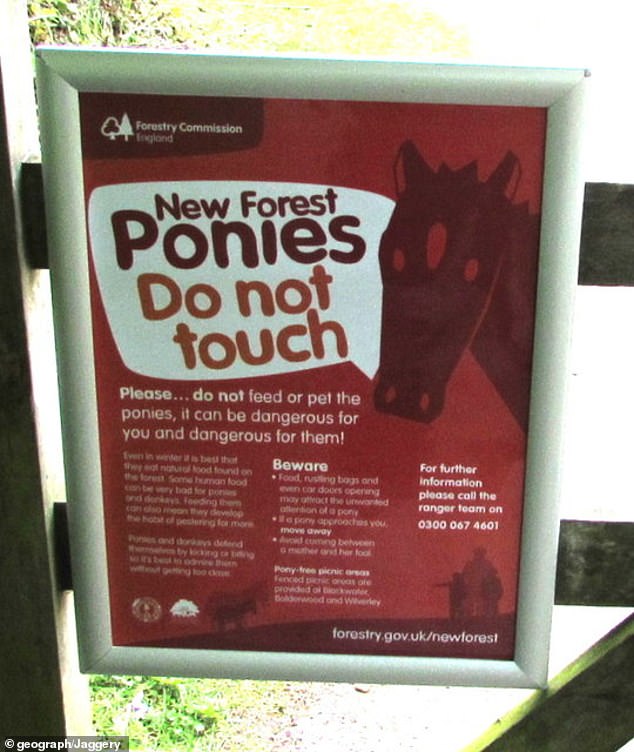 Those working at the national park said that advice to not feed the animals is ignored ‘on a daily basis’, with people being bitten and kicked handing the animals all types of snacks – including crisps

The council were also told how members of the public interacting and trying to feed the animals leads them closer to the roads.

Ms Molland said: ‘It is increasingly common to see ponies congregating around parked cars, harassing and ‘begging’ the car’s occupants for food.

‘Not only is this bad for the ponies and the future of communing in the New Forest, it spoils people’s enjoyment of the areas and in a few cases, people can feel quite intimidated.’

The national park added in the report that after monitoring the popular tourist spot Bolton’s Bench for an hour in Easter 2020, there were 37 petting incidents with one person being bitten while trying to feed crisps to a pony.

The national park had introduced the New Forest Code in 2020, which gave advice on how visitors and residents should behave but it has not been as successful as hoped, failing to put a stop to some antisocial behaviours.

The council said despite publicity campaigns barbecues and campfires are ‘happening continuously and repeatedly.’ 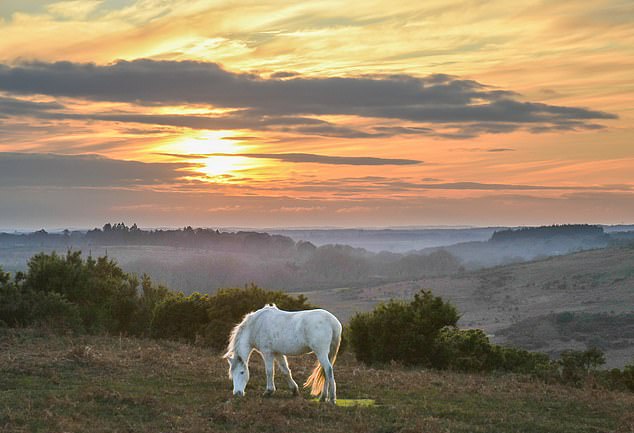 The council also wants to criminalise lighting fires and barbecues in the area as well as feeding the renowned ponies, horses and donkeys.

A group of volunteers from The New Forest Association (NFA) campaign group last year recorded 2,700 breaches of forest by-laws over a six-week period in autumn 2021, the BBC reported.

These included dropping litter, flying drones and wild camping, as well as 50 repots of animals being chased or attacked by dogs. A further 150 livestock animals were spotted being fed by visitors.

The plans proposing a PSPO will now be put forward for a public consultation, with the wider plans being discussed by the council in the spring.

In the report council officers said, according to Hampshire Live: ‘It is clear from the evidence that the activities relating to the feeding and petting of ponies, horses, donkeys and mules has a detrimental effect on the quality of life of those in the area and that the effect of these activities is persistent and, due to the harm that is being caused, it is considered that these activities are unreasonable.’

The New Forest District Council has been contacted for a statement.