The first generation of farmers and families who attended the Melbourne Royal Show more than 170 years ago would not recognise the bonanza it is today.

The beloved event opens on Thursday at the Melbourne Showgrounds for the first time since 2019 with a refreshed 11-day program that places more focus on food and entertainment, including a new after-dark line-up of live music performances by the likes of The Veronicas, Baker Boy and Bag Raiders, to try to entice younger visitors. 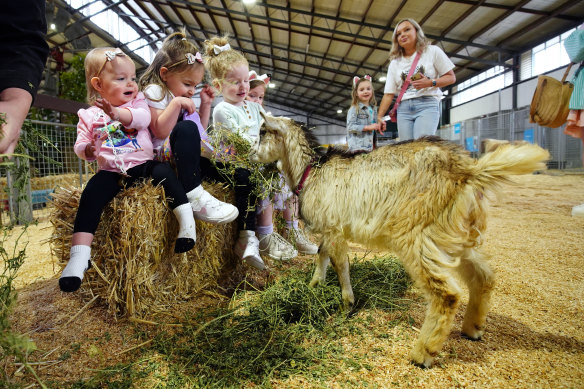 “We’ve curated the show to be family-friendly during the day, then for teens and young adults at night,” said Melbourne Royal chief executive Brad Jenkins.

“It’s the one Victorian event that brings regional Victoria and greater Melbourne together to celebrate.”

The main stage is in a new entertainment precinct that has motocross aerial stunt shows and a “graze” zone with food trucks and alcohol – away from old favourites like the lamb hand-feeding sessions, wood shop contests, scones and showbags. 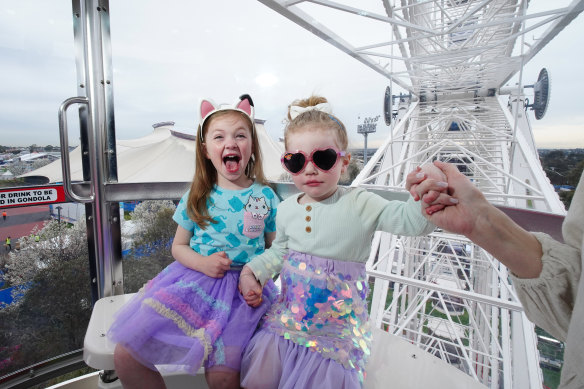 Daisy and Thea see the sights from the ferris wheel.Credit:Luis Enrique Ascui

Even the show’s name has had a makeover, changing from the Royal Melbourne Show to Melbourne Royal, part of the Royal Agricultural Society of Victoria’s wider rebrand. Jenkins joked the change had been “an adjustment”.

“You have to evolve these days. We need to find ways to get people off their couches and into great events again,” Costin said.

Costin plans to bring his seven-year-old daughter. “She’ll have this incredible experience of not only the sugar rush of showbags and rides, but also to actually see a concert,” he said.

Jenkins said that despite the show’s changing face, its agricultural core remained, with about 10,000 animals arriving for livestock, equestrian and dog competitions – all following strict biosecurity protocols after this year’s foot and mouth disease scare. 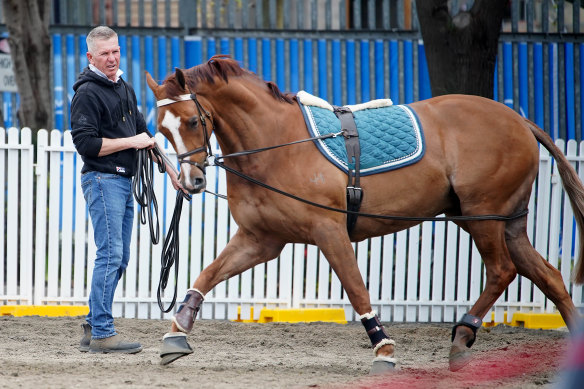 Some equestrian events have begun at Melbourne Royal.Credit:Luis Enrique Ascui

“The show is still valued highly [by farmers], not just winning a Melbourne Royal blue ribbon, which is important from a commercial point of view, but it’s the social aspect: getting off the farm, having a break, catching up with friends,” Jenkins said.

Third-generation sheep farmer Doug Deppeler, from Derrinallum in western Victoria, has been competing in the show for about 50 years.

Deppeler said its importance for farmers had diminished with the rise of regional shows and the internet but the Melbourne show ring “is still our shop window where we show off our sheep to the public”.

He said he was confident competition would be fierce during the all-breeds sheep judging on Thursday and Friday.

Lyndsey Douglas, a show caller for the equestrian events, said the Melbourne Royal show continued to educate people on food production while becoming “more and more Melbourne in a great way”. This year’s event even features a faux laneway with street art and coffee.

“It’s always going to be country because ag [agricultural] shows are at the very heart, but you’ve also got to have stuff that makes Melbourne people love every second of it,” Douglas said.

The Country Women’s Association members are delighted to be back at the showgrounds baking their famous scones, which they have done for about 80 years. 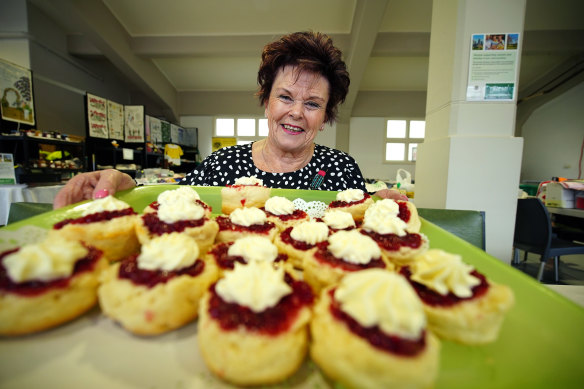 Caitlin Bailey remembers loving the showbags and rides in her childhood, and she’s excited to make new memories with her daughter, two-year-old Thea.

“A lot of it is pretty similar to when we were kids so she’ll be having some of the same experiences that we were,” Bailey said. 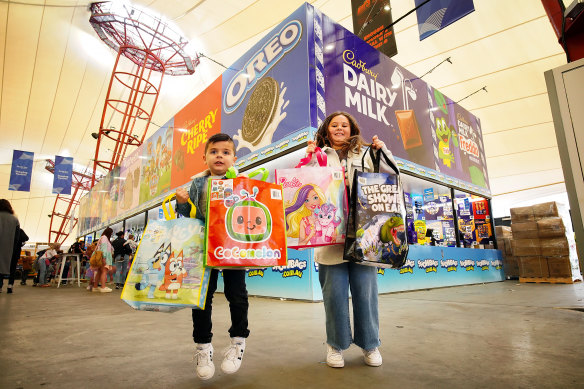 Tickets must be purchased online and Thursday is already sold out. Adult tickets cost $45 and children under 15 enter for free.