Chicago: A woman who says she was sexually abused hundreds of times by R. Kelly before she turned 18 has testified that she agonised several years ago about whether to cooperate with federal investigators who were looking into child abuse allegations involving the singer, but that she ultimately did because she didn’t want to “carry his lies”.

But the witness — who is now 37 years old and going by the pseudonym “Jane” at the trial — also conceded that even after she began cooperating, she lied at one point when she told federal agents that she wasn’t sure if Kelly had abused minors other than her. She said she lied because she didn’t want to get others in trouble. 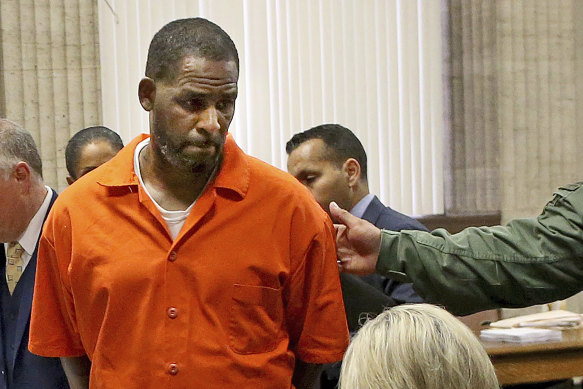 Jane testified for over four hours on Thursday (US time), saying it was her and Kelly in a videotape that was at the heart of his 2008 child pornography trial, at which he was acquitted. She also said Kelly sexually abused her hundreds of times from the late 1990s before she turned 18. Kelly, 55, was around 30 years old at the time.

While cross-examining her on Friday, Kelly’s lead attorney, Jennifer Bonjean, sought to cast the imprisoned R&B singer in a more favourable light after Jane testified the day before about how Kelly pursued her sexually starting when she was around 14 years old.

Kelly has been trailed for decades by complaints and allegations about his sexual behavior. The scrutiny intensified during the #MeToo era and following the 2019 release of the Lifetime television docuseries Surviving R. Kelly.

Under questioning, Jane said her relationship with Kelly lasted 12 years and continued for two years after his 2008 trial, until she was 26. Bonjean asked if, “after you broke up, you cared about him and he cared about you?” Jane said that was true.

As Surviving R. Kelly was coming out, Jane said she was concerned for Kelly and reached out to him. In one text to him, she wrote, “I love you. Don’t let the devil win.”

She said she repeatedly tried to contact him in 2019 for advice as she pondered whether to speak to authorities at length about Kelly for the first time. She told jurors: “I felt comfortable enough to reach out to him because I was afraid.”

She said she decided shortly thereafter to speak to investigators.

“I no longer wanted to carry his lies,” she said. 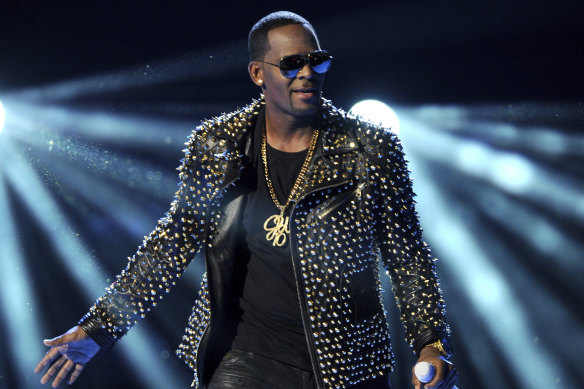 Kelly, who denies any wrongdoing, is serving a 30-year prison sentence following his conviction in a New York federal court last year for using his fame to sexually abuse fans.

At his current trial in his hometown of Chicago, he faces charges of child pornography and conspiring to rig his 2008 trial by intimidating and paying off the girl — Jane — to ensure she didn’t testify. He also faces four counts of enticement of minors for sex at the Chicago trial — one each for four other accusers. They, too, are expected to testify.

On Thursday, Jane said publicly for the first time that the girl in the videotape that was central to that 2008 trial was her and that the man was Kelly. She said she was about 14 years old at the time it was shot.

Some of that trial’s jurors said afterward that they had no choice but to acquit Kelly because the girl — by then an adult — didn’t testify. On the stand Thursday, Jane conceded that she lied to a grand jury in 2002 when she said it wasn’t her in the video. She said she did so because she was afraid “something bad would happen” to Kelly and because she was ashamed.

Jane said she grew up in a musical family in a Chicago suburb and was homeschooled because she was in a touring musical group that she joined when she was about 12. She said she met Kelly through an aunt who worked with him, and that she asked him to be her godfather when she was 13 because she viewed him as an inspiration and a mentor. She said within weeks, Kelly would call her and say sexual things. She told jurors she was 15 when they first had intercourse.

She described her parents confronting Kelly in the early 2000s about whether he was having sex with their daughter. Kelly dropped to his knees and begged her parents to forgive him, Jane testified. She said she later implored her parents not to do anything to get Kelly in trouble, telling them she loved him.

Kelly, who rose from poverty on Chicago’s South Side to become a star singer, songwriter and producer, knew a conviction in 2008 would effectively end his life as he knew it, and so prosecutors say he conspired to fix that trial.