Elderly woman, 80, who has attended YMCA pool for 35 years is BANNED after demanding transgender worker leave women’s locker room accusing them of ‘watching little girls pulling down their suits’

An 80-year-old woman has been banned from a YMCA pool after she demanded a transgender employee leave the women’s locker room.

Julie Jaman was at the Mountain View pool in the City of Port Townsend when she was made aware of the trans worker, identified as Clementine Adams, being in the changing room while she was taking a shower and ‘heard a man’s voice’.

‘I saw a man in a woman’s bathing suit watching maybe four or five little girls pulling down their suits in order to use the toilet,’ Jaman told KIRO.

‘I asked if he had a penis and he said it was none of my business. I told that man to ‘get out right now!” 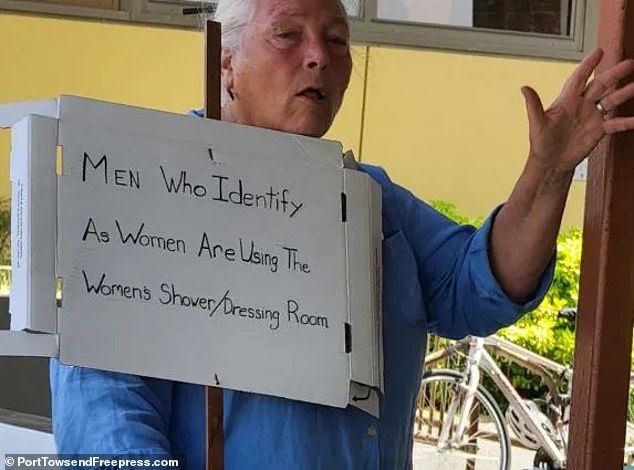 Julie Jaman, 80, has been a regular for 35 years at the Mountain View pool in the City of Port Townsend, Washington state but has now been banned after complaining about a trans worker 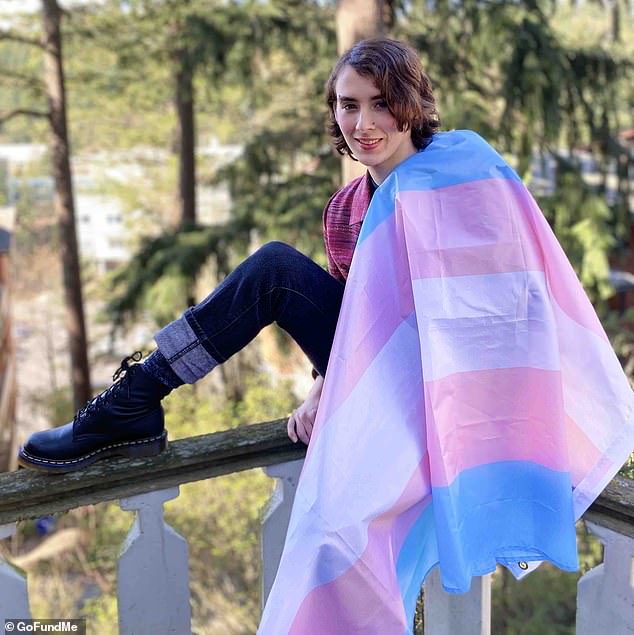 Clementine Adams, who identifies as female but has yet to undergo gender reassignment surgery, was working in the women’s locker room when she was confronted by Jaman 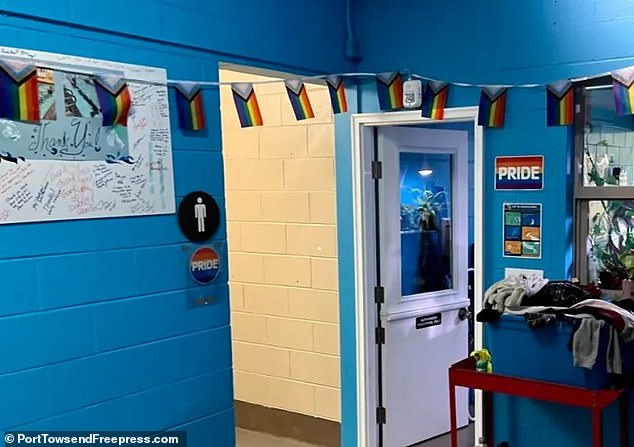 Jaman then told another staffer at the pool, but instead of being leant a sympathetic ear, she was told by YMCA aquatics manager Rowen DeLuna, ‘You’re discriminating and you can’t use the pool anymore and I’m calling the police.’

She was told that was ‘banned from the pool forever’ as DeLuna called law enforcement.

‘She didn’t ask me what the problem was, if I was okay, nothing about me,’ Jaman explained. ‘It’s as if she was just waiting to pounce on me. It was just stunning.’

It appears as though the Port Townsend Police Department were indeed called over the July 26 incident as an incident report was created which described Jaman having ‘had an emotional response to a strange male being in the bathroom’ near young girls. 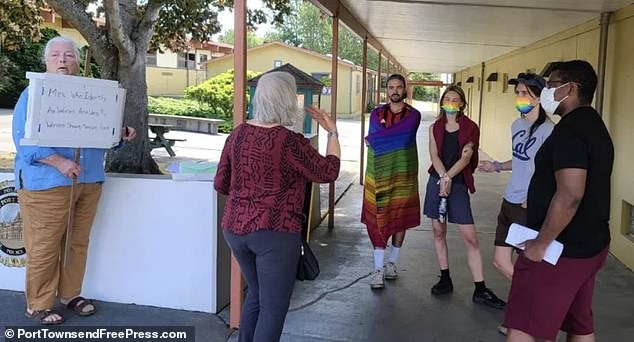 Since her being banned from the pool, a protest was held outside the facility at which supporters ofJaman and trans activists both attended, pictured above

Notes from the police detail how the YMCA said how Jaman was in the locker room, ‘screaming’ at an employee and ‘refusing to leave.’

Jaman, who has been a member of the pool for 35 years claims she had a ‘great relationship with swimmers in the pool.’

But bosses at the facility see it differently and have explained Jaman’s barring as simply the culmination of a series of incidents where she ‘violated the facility’s code of conduct’ and was solely not due to this specific incident.

‘We will not tolerate bias, hatred, or discrimination that leads to the oppression of individuals or communities. We will ensure sustained and meaningful progress toward equity and human dignity for all,’ a statement read. 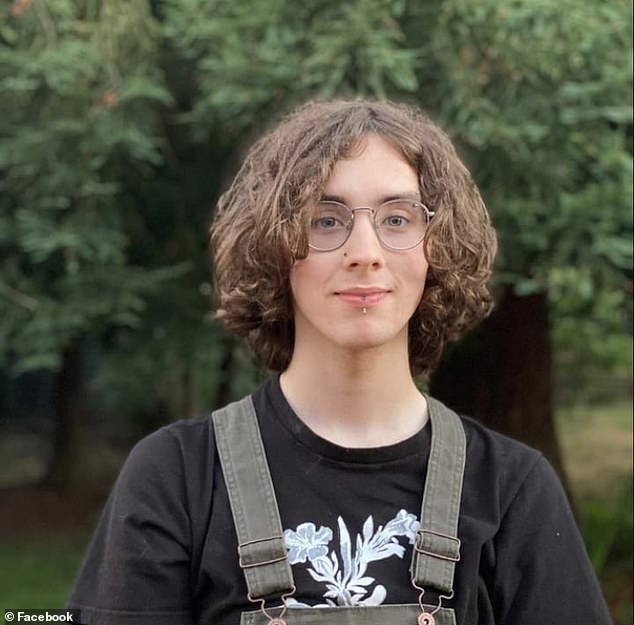 Clementine Adams, who is a trans worker at the YMCA pool is saving up for two procedures: Feminizing Laryngoplasty(Vocal Surgery) and Sexual Reassignment Surgery (often called bottom surgery) 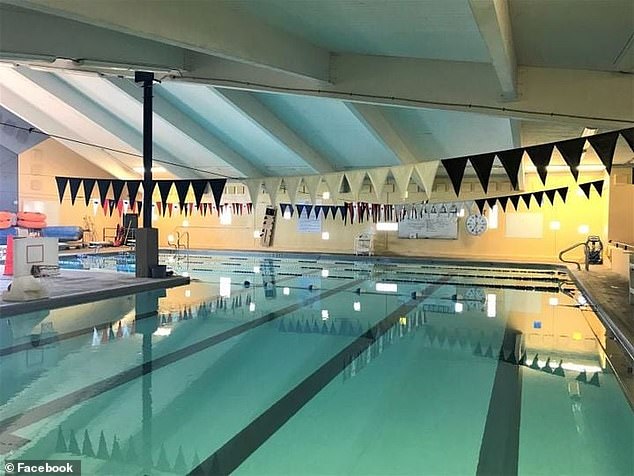 The Olympic Peninsula YMCA, of which the pool is pictured above, said Jamal’s banning was the culmination of a series of ‘incidents’ where she has been disrespectful towards staff

Jaman said she did not feel comfortable being naked and showering with a person born male in the same room. She believes the facility should put up warning signs that the changing rooms are able to be used by trans people.

‘She told me that I was being discriminatory and not following the YMCA principles and values. I told her I respect all human beings, and I’m not following any ideology.

‘I told her there were no signs posted to give women warning,’ Jaman explained. ‘I was told there were Pride posters posted all over and that it was assumed that was adequate to inform women what to expect.

‘That’s fine with me, except that they do not provide alternatives for women who choose not to be undressing in front of men,’ Jaman explained.

‘Our pool is a very old pool. We just have two shower rooms, dressing rooms, one for men, one for women.’

Bart claims Jaman told Adams, who has yet to undergo gender reassignment surgery but has launched a GoFundMe to raise funds, ‘you’re going to stick your f***ing penis in those little girls,’ a statement Jaman denies making.

‘I am an 80-year-old woman and I do not talk like that,’ she said to The Distance.

Since her being banned from the pool, a protest was held outside the facility at which supporters ofJaman and trans activists both attended.

Adams says she feels the need to undergo surgical procedures in order to ‘feel like I’m able to be myself.’

‘I need assistance funding feminizing laryngoplasty (vocal aurgery) and aexual reassignment surgery (often called bottom surgery). I don’t have a long list of procedures I want to pursue right now, not that there’s anything wrong with doing so. But I genuinely believe I need these two particular procedures to feel like I’m able to be- myself, especially the vocal surgery,’ she wrote.

‘The amount of hate and accusations being sent my way is horrifying and it takes all of my energy to ignore it. It keeps intensifying every day and I don’t see the end coming very soon. But hopefully I’m wrong,’ she added.

Richard Leakey, a Kenyan fossil hunter and conservationist, has died

Teacher stabs her colleague to death at Russian summer camp