Revealed: Mystery partner seen with Lioness Ella Toone, 22, after England’s Euros win is non-league footballer who is her ‘biggest cheerleader’ – and the pair are ‘very much in love’

Lioness Ella Toone is dating a non-league footballer who is her ‘biggest cheerleader’, it has been revealed.

Fresh from her goal scoring exploits at Euro 2022, the 22-year-old has been seen enjoying a loved-up holiday with her beau Joe Bunney.

The pair have been spotted partying in Ibiza, where they were photographed hugging and kissing on the beach.

And things seem to be going well, with a friend saying the couple, who have been together for some time, are ‘very much in love’, The Sun reports.

While Toone is having a break before heading back on club duty to Manchester United at the start of next season, Bunney is currently without a club after leaving Warrington Rylands FC. 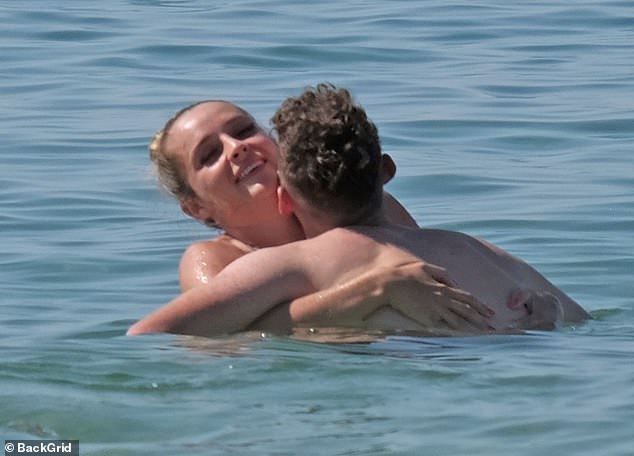 Ella Toone has been seen on holiday with boyfriend Joe Bunney. The couple were pictured hugging and kissing in the water in Ibiza over the weekend 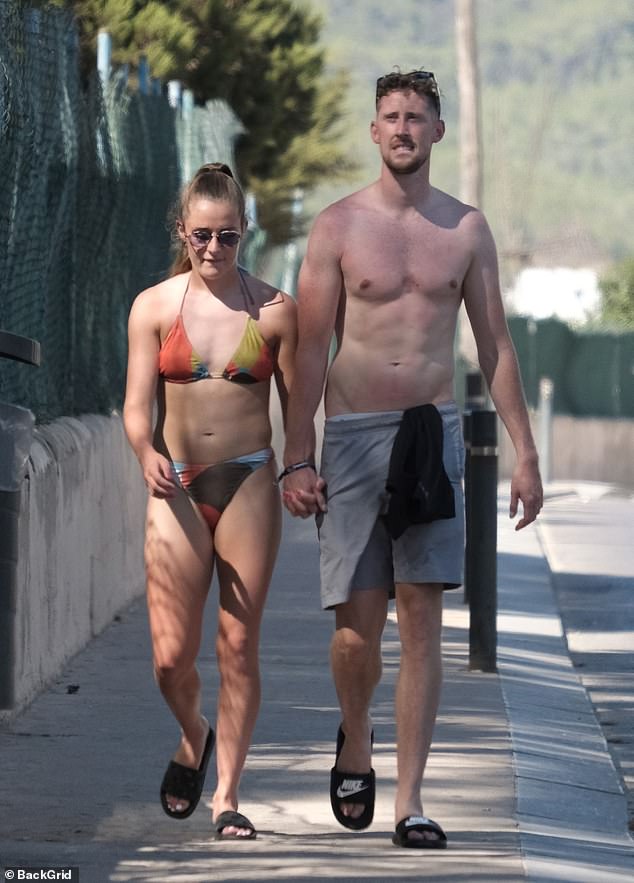 The footballing couple are thought to have been seeing each other for some time, with friends saying they’re ‘prefect for each other’ 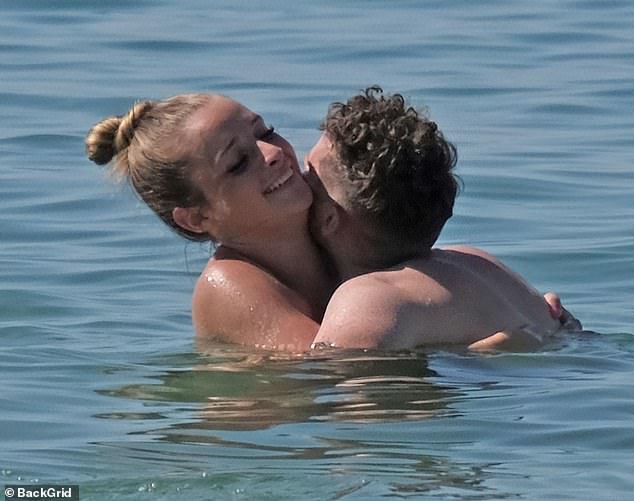 Toone is enjoying some time off before heading back to club duty with Manchester United, while Bunney is currently without a club

Since leaving the Northern Premier League Premier Division side he has had a trial with Scunthorpe United, playing in the National League team’s 3-2 defeat to Middlesbrough in pre-season.

Bunney, who has two children from a previous relationship, has previously played for  clubs including Rochdale and Northampton Town, being used mainly as a defender or left-sided utility player.

The couple were introduced to each other through mutual friends, with the Sun quoting an anonymous associate as saying ‘they are the perfect pairing’.

The friend added: ‘Joe is Ella’s biggest cheerleader and he could not have been more proud to watch her lifting the trophy at the Euros.

‘They keep their love life out of the spotlight usually but Joe couldn’t resist joining Ella in Ibiza to celebrate with her.’

On Sunday Toone and teammate Ellie Roebuck yesterday took a boat trip around the smallest of Spain’s Balearic islands, Formentera, spending the day sunbathing and jumping into the crystal clear sea.

Roebuck, one England’s three goalkeepers, shared a snap on her Instagram story which she captioned ‘Beach day @ellatoone’.

Toone posted a video in which she jumped from the bow of the boat and joked that her eyelashes were now on the bottom of the sea. 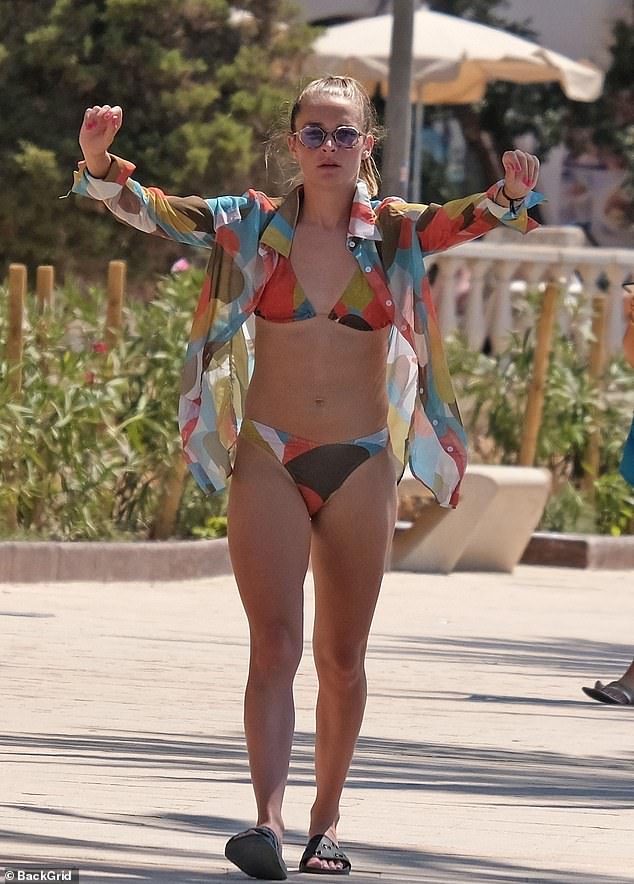 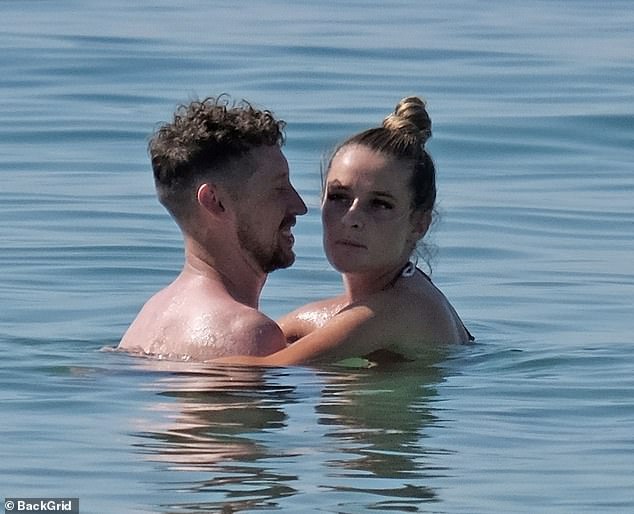 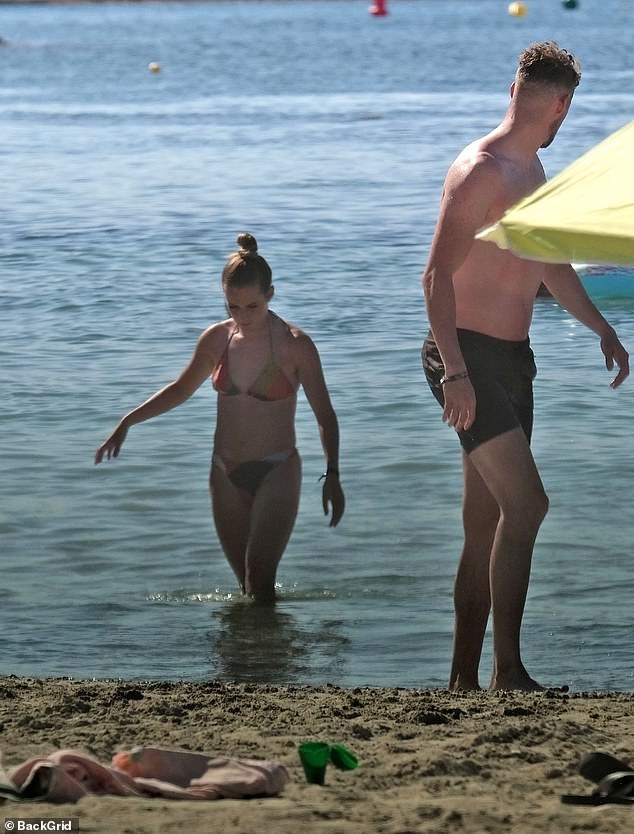 She struck just six minutes after coming on in the second half, earning praise from men’s team captain Harry Kane for her audacious chip

They had spent the previous night at beach club Ushuaia with teammates Leah Williamson and Nikita Parris.

Williamson, the team’s captain, shared a picture on Instagram of the four footballers at the club, where they enjoyed a night of music by DJ Calvin Harris.

Toone secured her place in folklore last week with a stunning goal in England’s famous 2-1 win over Germany at Wembley.

She struck just six minutes after coming on in the second half, earning praise from men’s team captain Harry Kane for her audacious chip.

A brilliant ball from Keira Walsh set the substitute in on goal and she produced a composed finish to lift the ball over on-rushing Germany keeper Merle Frohms. 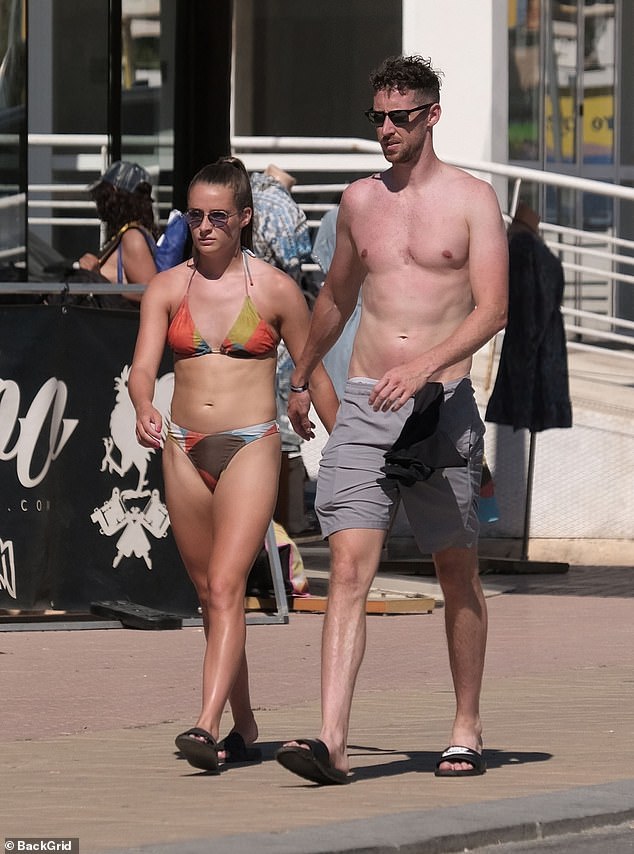 The Manchester United forward was spotted soaking up the sun in Ibiza, enjoying drinks and holding hands with her partner on the beach 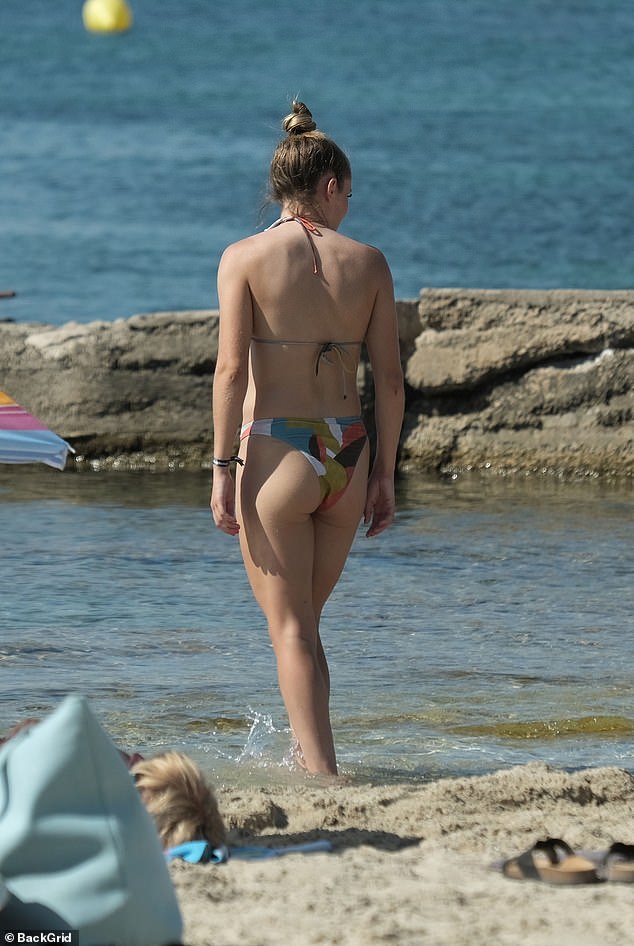 The pair were then seen enjoying each other’s company in the water as she continued her holiday, having earlier enjoyed a relaxing day onboard a yacht in the Mediterranean 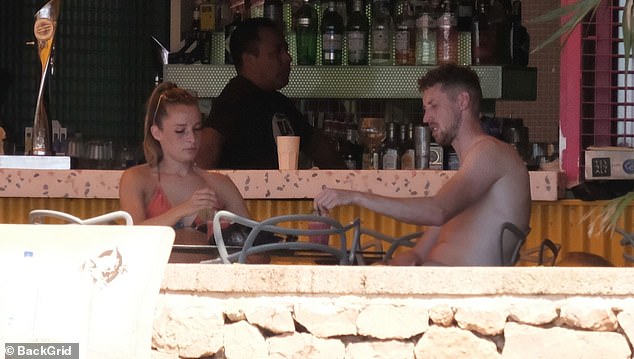 After the match, Tottenham Hotspur strike Kane – who was among the 87,000 fans in the stands at Wembley – tweeted: ‘Absolutely unreal scenes at Wembley!! Massive congrats to the amazing @Lionesses !! @ellatoone99 take a bow for that finish too.’

The following day, 22-year-old Toone appeared on stage at Trafalgar Square with former England international and BBC pundit Alex Scott and was asked about her goal.

Scott said: ‘Ella, you’re through on goal, right there, you’re the most composed and calm person, over 80,000 people, how did you stay so composed?’

Toone replied: ‘I don’t know, I don’t know.’ Then Scott added: ‘So you see it go in the back of the net, and then what’s going through your mind then?’

Toone replied: ‘Well yeah, it took about ten minutes to go in the back of the net. And then I ran off and then the whole stadium erupted, and it was the best feeling in the world. So yeah, buzzing.’

Wages spike by 4.3% – but are still lagging behind inflation

Army drafted in to Tier 3 areas to enforce coronavirus restrictions