Owners are urged to be alert when charging electric bikes and scooters after a house went up in flames when a battery exploded.

The e-bike battery caught alight and exploded through the front windows of a home on Anzac Highway at Camden Park, Adelaide, around 10.30am on Monday.

A mother and daughter resident at the home narrowly escaped the ensuing blaze.

A witness told 9News, ‘When I turned around there was all this smoke coming out of the house.’ 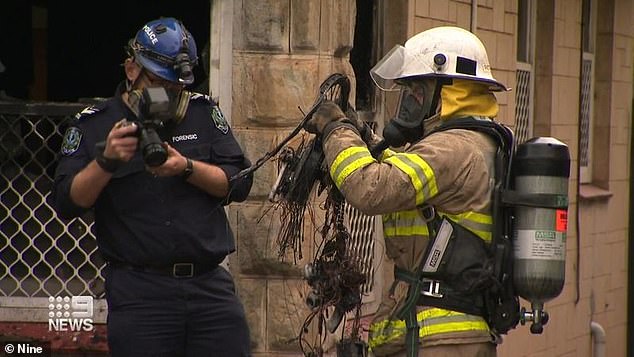 An electric bike (pictured) battery caught alight and exploded through the front windows of a home on Anzac Highway at Camden Park in Adelaide on Monday morning. A mother and daughter narrowly escaped the ensuing blaze

Craig Attard of South Australia’s Metropolitan Fire Service (MFS) said that the mother and daughter tried to remove the bike from the house but were prevented from doing so when the flames quickly accelerated.

The pair luckily escaped from the home before it exploded shortly after.

By the time the MFS was able to get the blaze under control the inside of the home had already sustained significant damage, but the fire was prevented from spreading to surrounding properties. 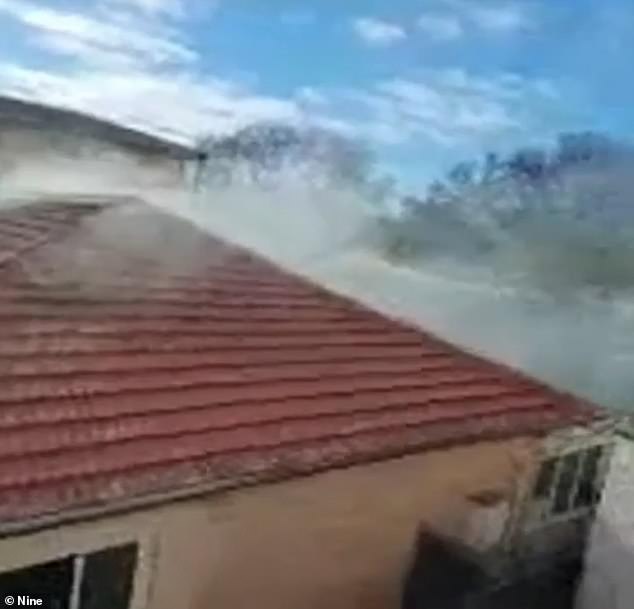 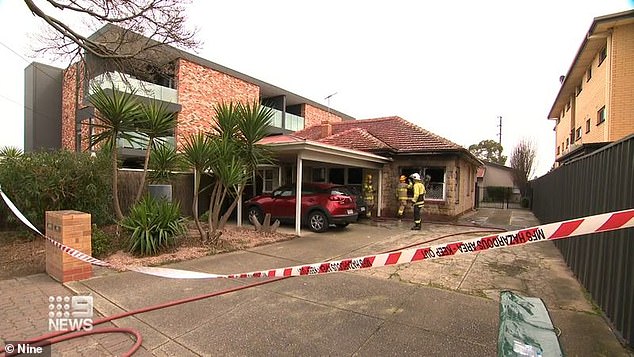 By the time the MFS was able to get the blaze under control the inside of the home at Camden Park, Adelaide had already sustained significant damage, but the fire was prevented from spreading to surrounding properties (pictured)

It said that there had been a growing number of e-batteries exploding and causing fires.

‘An explosion like that with batteries exploding on the face with the skin can be horrific so they were very lucky,’ Mr Attard said.

‘Safety procedures are not catching up to that new technology, so just be wary of them.’

The battery explosion follows a similar incident in Sydney in late June when three teenagers miraculously rescued from a burning apartment caused by an e-bike battery catching fire.

The three girls cleverly barricaded themselves inside a bedroom with the door shut, an action which firefighters said saved their lives.

Fire crews were called to a flat in Lidcombe just after 1am on Sunday June 26, after plumes of smoke were seen rising from a building on John Street.

Dramatic footage from the operation shows firefighters walking through the smoky apartment calling out to see if anyone was still inside, before finding three girls flashing their phone torches inside a bedroom.

Incident Controller Tim Horder said the decision to close the door and hide inside ‘is thought to have saved their lives’. 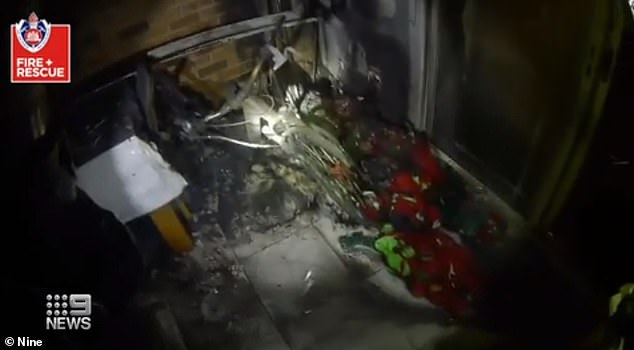 Video from the rescue shows firefighter Cem Dincer walking through the dark flat, calling out to see if anyone is still inside.

‘There’s a door here, I’m going to open it,’ he says to his team in the footage, before walking into another room and calling out to the girls.

‘Where are you?,’ he asks, before the girls call out: ‘I’m here’ and start waving their phone torches. 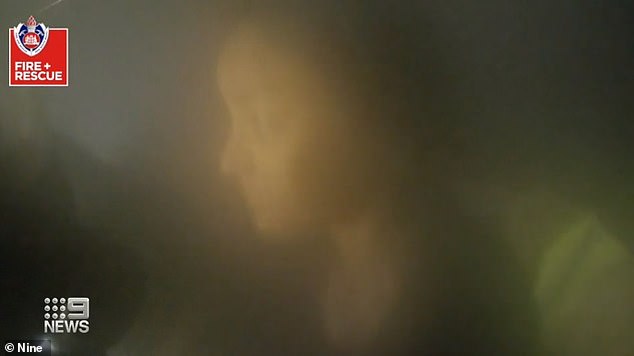 The teens rush to Mr Dincer, with one collapsing into his arms exhausted from breathing in the fumes.

‘Alright, come with me, come with me,’ he says as the firefighter marches the girls safely out the window and onto the roof of the shop below, with a team waiting to escort them down the ladder.

He told Nine News he was ‘so happy’ when he found the girls and paid credit to the actions they took to remain alive.

‘They were scared, they were quite smart using their phone lights. I could see that straight away and just grabbed them,’ Mr Dincer said. 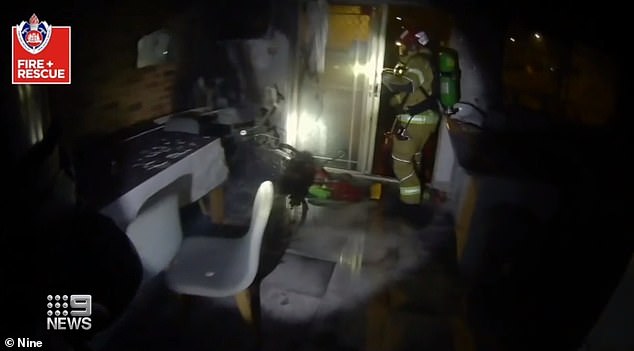 The charging e-bike started the fire in a shop in Lidcombe, Sydney in June, with smoke filling the apartment above

After putting out the fire, Mr Dincer and his team re-entered the flat to ensure no one else was left inside, before finding the cause of the fire – a charging electric bike in the kitchen downstairs.

Incident Controller Horder said the girls had decided to shut the door after learning about fire safety in school.

‘That did buy them time and stop smoke from filling the room,’ he said.

Another man, 31, who was in the shop downstairs managed to escape before the fire got out of control.

Mother, 23, who killed daughter had sex & smoked instead of changing nappy with own MUM reporting her to social services