The downsizing sequel is set to play out again on December 16 when that acreage, known as The Gables, goes under the hammer and she looks to buy another lifestyle property, albeit on a smaller scale. 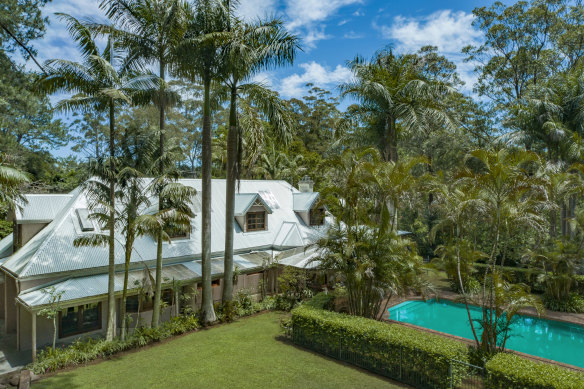 The Gables hinterland property in Tamborine Mountain goes to auction on December 16.

The iconic Australian actor was nearing the end of her 10-year tenure presenting Better Homes and Gardens when she bought the 4037-square-metre property in 2002 for $479,000.

At the time of the purchase, her only knowledge of the hinterland area was a visit to a friend’s house nearby, at which point she said she “fell in love with the environment”.

Her sons were then aged six and 12 when she bought the Cape Cod-style house, but 20 years later they have grown up and moved on, and she is keen to buy another lifestyle property in Queensland, but on a smaller scale. 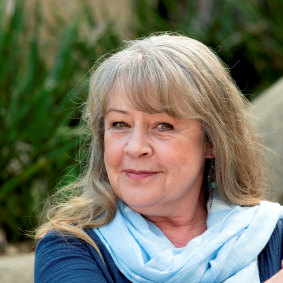 Noni Hazlehurst is looking to replicate her Queensland garden home, but on a smaller scale.Credit:

“I’m in the downsizing phase of my life again,” Hazlehurst said. “My family is dispersed, as families tend to do, and so it’s got too much, so it’s time.”

To that end, the four-bedroom, three-bathroom residence with a swimming pool goes to auction on December 16 through Ray White Rural Queensland’s Rhondda Arentz.

The kitchen and bathrooms have been remodelled since Hazlehurst bought it, but it is the garden that the long-time Play School host described as a “labour of love”.

“There was a tropical garden here already here, but I’ve put in about nine different kinds of magnolias, some huge gardenia bushes, hydrangea and jasmine,” Hazlehurst said.

More recently, she added: “The jacaranda is about to pop, the agapanthus are going nuts, and there are avocado trees and two mulberry trees. 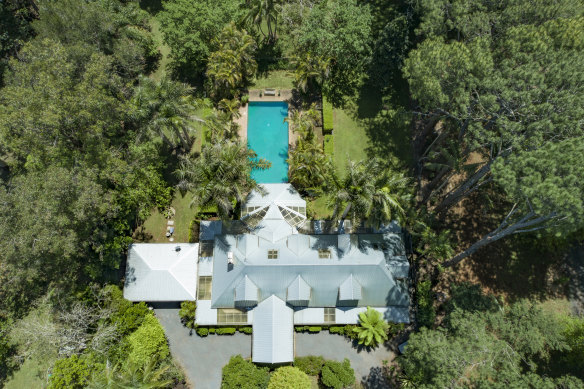 “It has this rich, red volcanic soil here that is just so fertile, you can almost watch things growing. And we get proper seasons and real winters with log fires, and summer rarely gets above 30 [degrees],” Hazlehurst said.

It’s an environment that Hazlehurst doesn’t plan to leave anytime soon, even if she trades this property in for a smaller one.

“I’ve always wanted this sort of semi-rural environment, so I’ll try to replicate this but on a smaller scale.”

Hazlehurst already had a few gongs to her name before she moved to the Gold Coast, having won her first award, a Logie, in 1980 for her role on Aussie television mini-series Ride On Stranger.

Make the most of the season with these Halloween face masks

Unhelpful staff and weak showers are among holidaymakers’ hotel bugbears