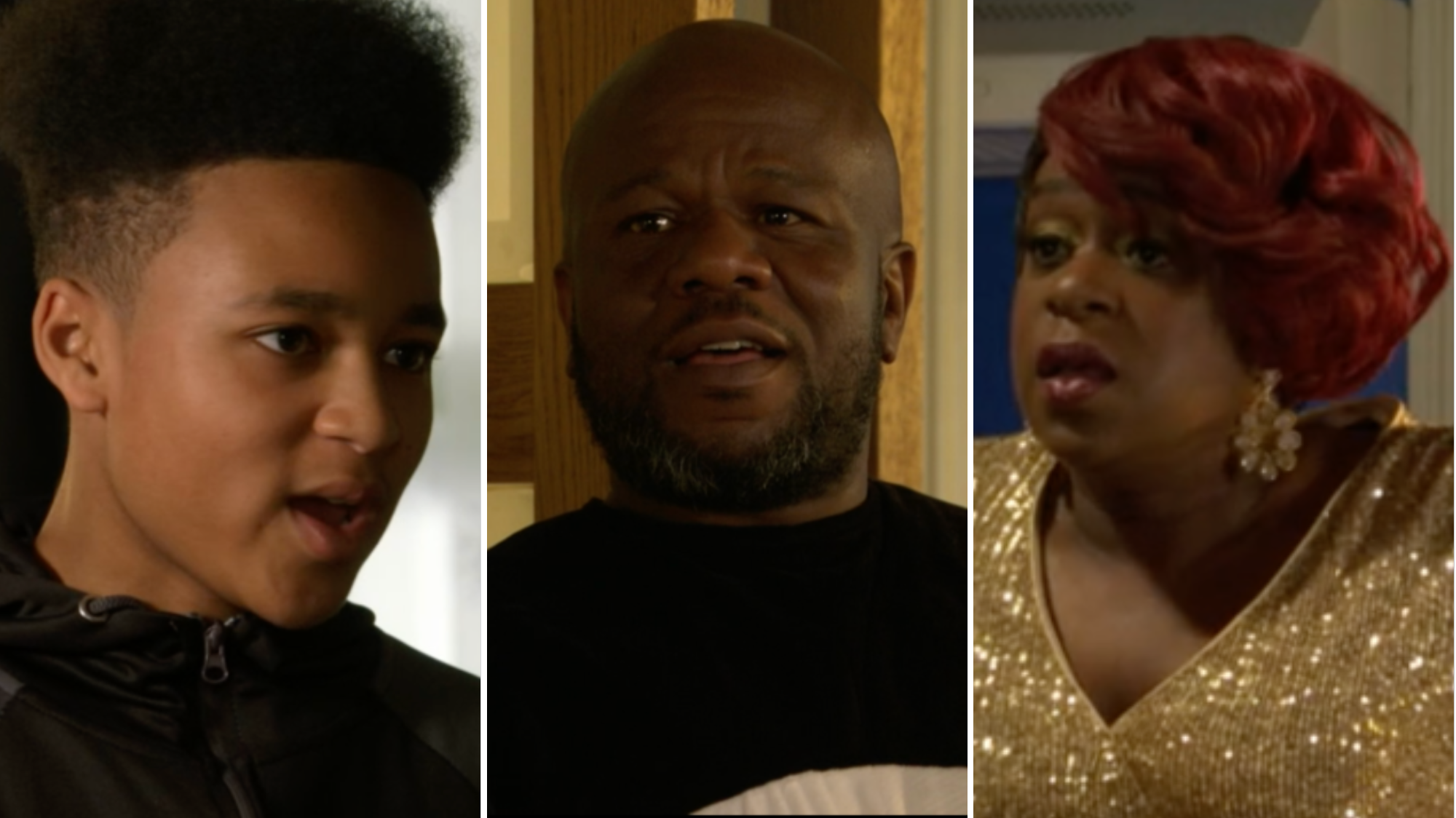 Kim Fox (Tameka Empson) was left in shock to find out that Howie Danes (Delroy Atkinson) has a son in EastEnders.

Howie, as viewers know, has been harbouring a big secret, which first became apparent after he took a mysterious phone call, one in which he told the caller that he ‘loved’ them.

Alarm bells started ringing left, right and centre, and the shock arrival of a woman named Delilah, who encouraged him to tell Kim the truth, complicated matters further.

Despite all the signs, however, Howie is not cheating on Kim.

His mystery secret is that he’s got a son, named Denzel (Jaden Ladega). Kim, who had thought Howie’s secrecy was because he was planning a proposal, was left shellshocked by the revelation, but she had little time to process it, given that Denzel was moving in!

Howie was adamant that he’d told Kim about Denzel’s existence before, referring to a night where she’d drunk so much she couldn’t remember.

Kim, meanwhile, struggled to process everything, telling Denise Fox (Diane Parish) that it’s not just the revelation itself that’s taken her by surprise, but rather the fact that Denzel has moved in.

Will Kim be able to get her head around this? Or will Denzel’s arrival throw a spanner in the works for she and Howie?

EastEnders continues Thursday August 4 at 7pm on BBC Two, or stream the next episode right now over on BBC iPlayer.