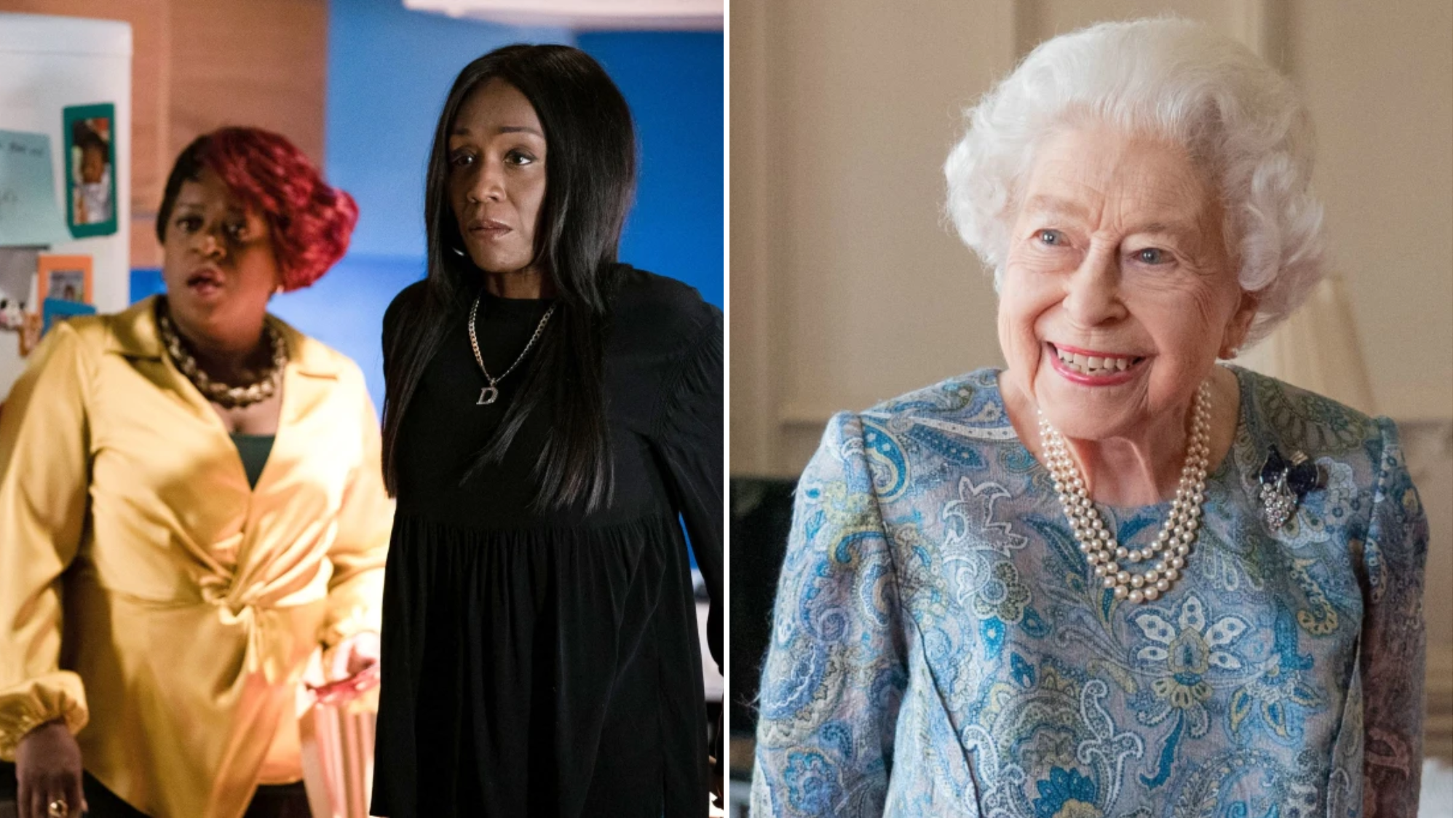 EastEnders has revealed that Kim and Denise Fox both queued to see Queen Elizabeth II lying in state.

The iconic soap sibling duo, according to Kim, queued for 14 hours to pay their respects to Her Majesty, who died on September 8.

Kim made the revelation during the latest outing of the BBC One soap, when she ranted about how her phone’s recording capabilities left a lot to be desired.

She claimed to have filmed material that ‘all the royal correspondents would’ve loved’, during her 14-hour queue experience, but admitted that the mobile device failed to save any of it.

Karen Taylor (Lorraine Stanley) was quick to remind Kim that she was lucky that she got to pay her respects.

Her Majesty lay in state, resting on a raised platform – known as a catafalque – in the middle of Westminster Hall, between September 15 and September 18.

Hundreds of thousands of people filed past the coffin on its catafalque to pay their respects.

Kim’s admission is the second time EastEnders has made reference to the Queen’s death, after the show paid tribute to Her Majesty with a pre-credit scene last month.

Linda Carter (Kellie Bright), who has long had an obsession with the Royal Family, started a shift at the Queen Vic, looking forlorn as she stared at a framed picture of The Queen.

Head to Metro.co.uk‘s Queen Elizabeth II tag page for the latest updates, and sign Metro.co.uk‘s book of condolence to Her Majesty here.

The Carter matriarch gave some thought as to where to place The Queen’s picture, before settling on the bar, right beside the iconic Queen Vic bust.

‘Take care of her, won’t you?’, she said to the bust, before looking at the photo of Queen Elizabeth II and saying: ‘Thank You Ma’am, from all of us’.

EastEnders airs Mondays to Thursdays at 7:30pm on BBC One.

Is Sally Webster going to expose Geoff's abuse of Yasmeen in Coronation Street?