Holly Willoughby and Phillip Schofield began Tuesday’s episode of This Morning by addressing accusations that they ‘skipped the queue’ to see the Queen lying in state.

The pair ignited a media storm after they were pictured inside Westminster Hall on Friday without having taken part in the extremely lengthy public queue.

Despite This Morning bosses issuing a statement to insist Willoughby and Schofield didn’t skip ahead and were there to report on the event as media, a petition was launched calling for them to be removed from television.

Speaking about the backlash, Willoughby and Schofield said they didn’t take anyone’s place in the queue.

Willoughby explained: ‘The rules were that we would be quickly escorted around the edges to a platform at the back. In contrast, those paying their respects walked along a carpeted area beside the coffin and were given time to pause.

‘None of the journalists and broadcasters there took anyone’s place in the queue and no one filed past the Queen.’ 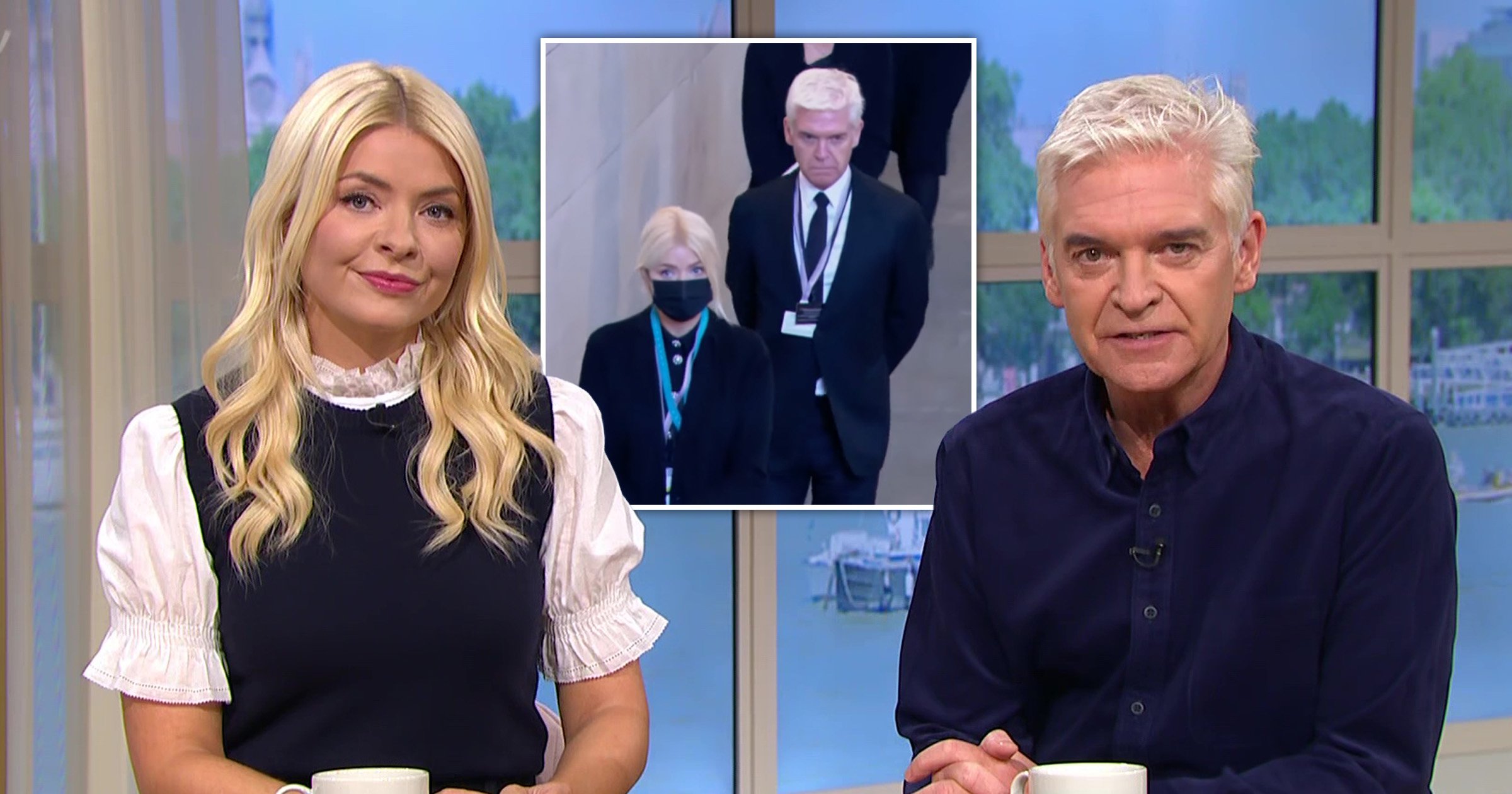 She continued: ‘We, of course, respected those rules, however, we realise that it may have looked like something else and therefore totally understand the reaction. Please know that we would never jump a queue.’

Viewers slammed Willoughby and Schofield’s statement, with many confused by the lack of apology.

‘Holly and Phil really thought they could get away with that half-hearted explanation, no apology, claims they’re journalists, saying they had a right to broadcast it (when it was on every channel),’ blasted one.

Another raged: ‘Sorry, but what you’re saying makes no sense. No other journalists walked down the VIP line, what were you there to record? If it was the queue then that was outside, if it was the inside then that’s being done 24/7. So where is the footage?’

Head to Metro.co.uk’s Queen Elizabeth II tag page for the latest updates, and sign Metro.co.uk’s book of condolence to Her Majesty here.

Echoing a similar sentiment, a third fumed: ‘You are NOT journalists and your excuse for being allowed in didn’t stand up. You claimed you were reporting for the world when it was literally on every channel. Just apologise, hold your hands up and say you were wrong.’

Their comments come after a number of celebrities condemned them for their apparent queue jumping, including BBC newsreader Huw Edwards who said threw shade in their direction while praising David Beckham, who waited in line with members of the public.

‘There have been quite a few familiar faces in the queue for that lying in state at Westminster Hall,’ he said during a news broadcast.

‘We did of course see a certain David Beckham there on Friday. He was widely praised for queueing for hours and hours, not jumping the queue because he’s a superstar VIP.’

This Morning bosses previously released a statement over the weekend, denying Willoughby and Schofield had jumped ahead.

They said: ‘Hello everyone, we would like to clarify something. We asked Phillip and Holly to be part of a film for this Tuesday’s programme.

‘They did not jump the queue, have VIP access or file past the Queen lying in state – but instead were there in a professional capacity as part of the world’s media to report on the event.’

This Morning airs weekdays from 10 on ITV.

Anatomy of a Scandal ending explained: What happened to James Whitehouse?