The Lord of the Rings: The Rings of Power trailer from Amazon

Amazon Prime Video’s new Middle Earth prequel, The Rings of Power, has satisfied Tolkien fans so far with epic action and a rich array of new characters and familiar faces. In an exclusive chat with Express.co.uk, Lord of the Rings showrunner Patrick McKay previewed some of the major changes which could be coming down the line after the first season.

Future seasons of The Rings of Power could jump forward hundreds of years, showrunner Patrick has teased.

Set during the Second Age of Middle Earth, the prequel follows the events leading up to Elf Lord Celebrimbor (played by Charles Edwards) forging the titular Rings of Power, in addition to the One Ring.

However, much of the fantasy realm is now populated by completely new characters, such as the Harfoots Nori (Markella Kavenagh) and Sadoc (Lenny Henry), many of whom could be left behind as Sauron’s influence grows. 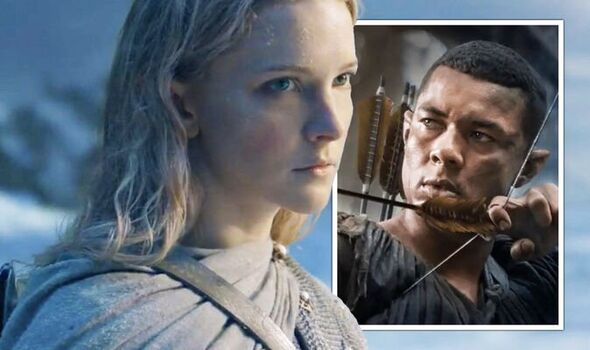 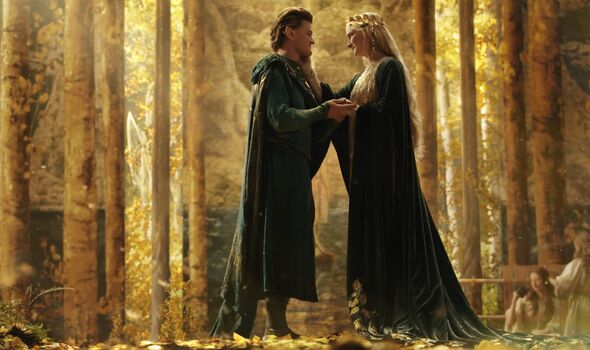 “That’s all part of it, the Second Age is a vast and epic time. We’ve made some choices in terms of what stories we want to tell and how to stitch them all together, but it needs to have real breadth.”

While the long-living elves and the mysterious Stranger (Daniel Weyman) – heavily rumoured to be the wizard Gandalf – are likely to remain, The Rings of Power could introduce some brand new cast members if the action leaps forward in future seasons.

“And that’s very possible at some point,” Patrick confirmed. “We’ve been great admirers of shows that have done things like that before.” 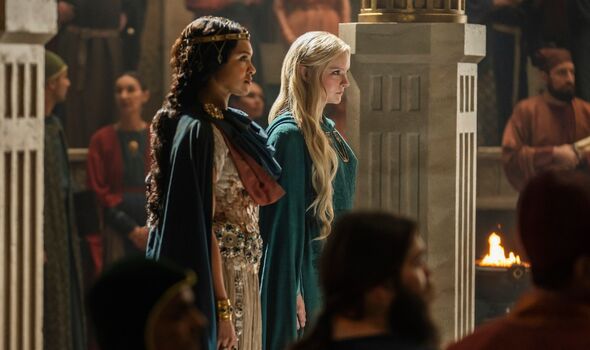 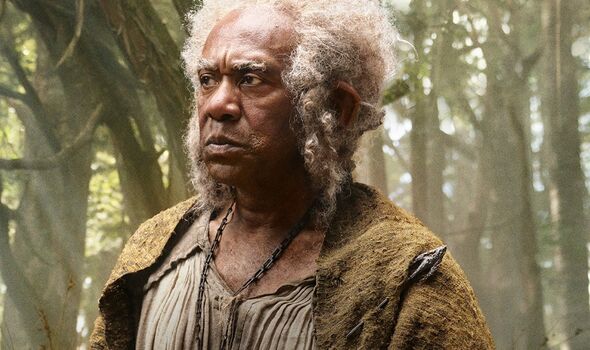 “We always talk about this great moment at the end of a season of Halt and Catch Fire where there’s a big jump.

“And Battlestar Galactica does that really beautifully. So stay tuned!”

For now, though, Patrick has also indicated the team is keen to remain in Tolkien’s previously elusive Second Age for as long as possible.

“We were looking for hopefully an idea that would sustain a grand, mega-epic, that’s what we call it.

“That means it’s not just something that’s referring to another story you might love. You know, ‘the story behind the story!’

“It’s a story that works in its own right for new viewers and people who may have never felt connected to Tolkien and his world before.

“We thought it checked all the boxes, for sure, but it just had the sprawl and emotional range that we felt that it should have.”

The Rings of Power is primarily based on Tolkein’s appendices, though a lot of the characters and events have been conjured by the prequel’s showrunners, Patrick and JD Payne.

This earlier iteration of Middle Earth has never been seen in such epic scope and detail before, so fans are likely to be just as eager to remain with these characters for some time to come.

Even so, Tolkien’s iconic fantasy spans thousands of years, so viewers shouldn’t be too surprised if a future season begins by jumping a handful of centuries into the future.

The Lord of the Rings: The Rings of Power continues Fridays on Amazon Prime Video.

'Con Air' Honest Trailer: This Movie Has As Many Oscar Nominations as 'Vertigo'

EastEnders' Mitchell flashback was a masterclass – let's have the full series