ANN ARBOR, Mich. — The death of an English monarch portends the crowning of another and that means giving King Charles III the gift of a pie filled with Michigan flavor.

An invasive species, lampreys have decimated game species in the Great Lakes.

They have been the fishing industry’s public enemy No. 1 for more than a century, ever since they reached the Midwest from the Atlantic Ocean via ship channels, according to Ann Arbor-based Great Lakes Fishery Commission.

“The most recent time that we supplied them was in 2015 when Queen Elizabeth marked being the longest serving monarch in British history, and we sent over a batch. So, we are a tiny little part of history,” Gaden said Saturday.

“We have lamprey coming out of our ears every spring, when we trap them. we use them for research and also for outreach, showing them to boaters.” 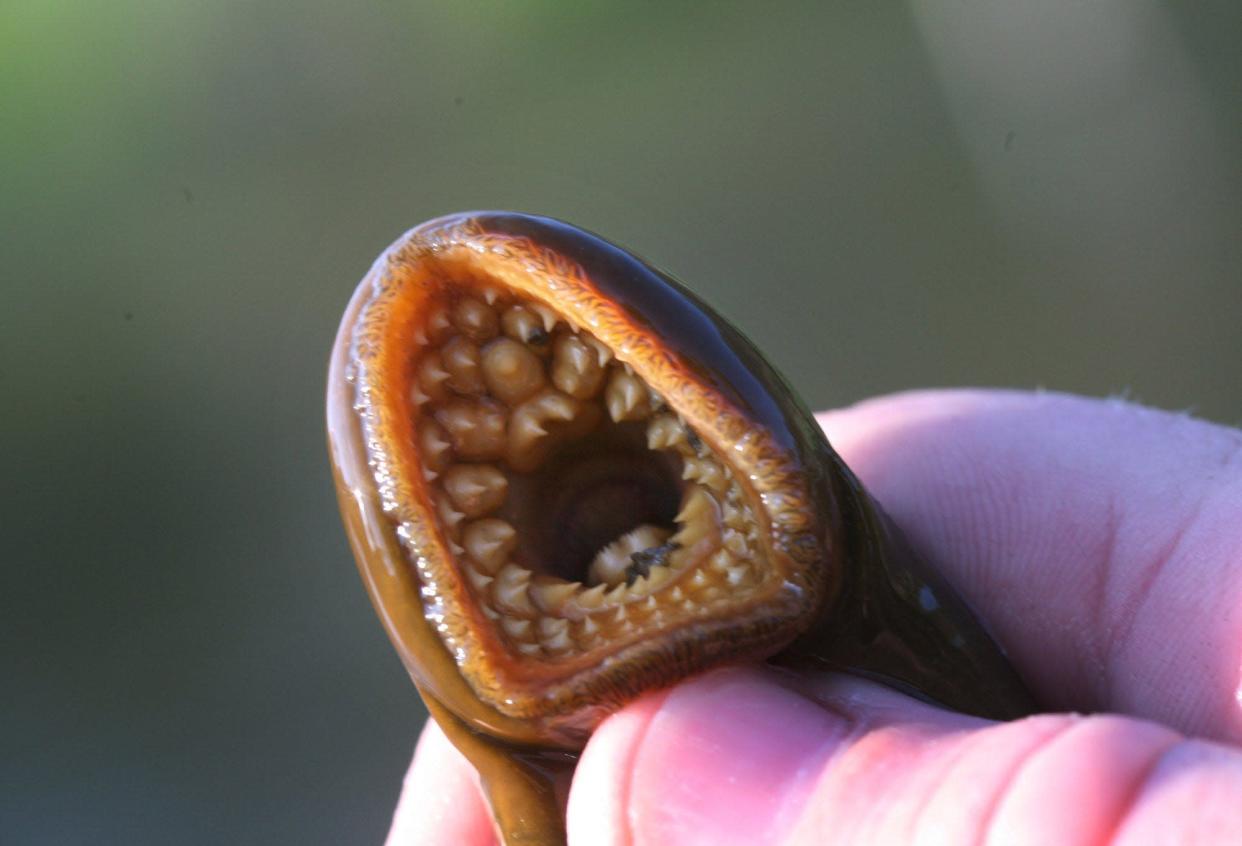 “So it was just a matter of taking about five of them, freezing them and shipping them FedEx,” he said. The Fishery Commission operates through a treaty between the United States and Canada, and it supports a coalition of Michigan and seven other states, Ontario, and indigenous tribes; it spends about $25 million a year keeping lamprey in check to preserve the fish stocks in the Great Lakes, whose economic impact exceeds $7 billion a year, he said.

All the queen’s corgis: Queen Elizabeth had so many corgi dogs, Princess Diana reportedly called them ‘a moving carpet’

What is the Commonwealth?: What countries are part of it? What to know after Queen Elizabeth II’s death

Gaden expects to get a call for more lamprey in the near future, whenever a date is set for the coronation of the new monarch, Charles III. As usual with English royalty, the tradition goes back centuries, he said.

“This all started in the Middle Ages when the city of Gloucester in England had to pay homage to the reigning monarch, and the city’s way of doing that was to present a pie made of lamprey,” which at that time were considered a delicacy and prized by the upper class, he said. The gift quickly became the city’s traditional way of showing respect to the monarchy.

Fast forward to 2002: Gaden got a call from Gloucester. Lampreys had disappeared from England, apparently because virtually every freshwater stream had a dam near its mouth, preventing lamprey from entering to spawn, and the creatures are unable to reproduce in deep water, according to the website of the Great Lakes Fishery Commission. 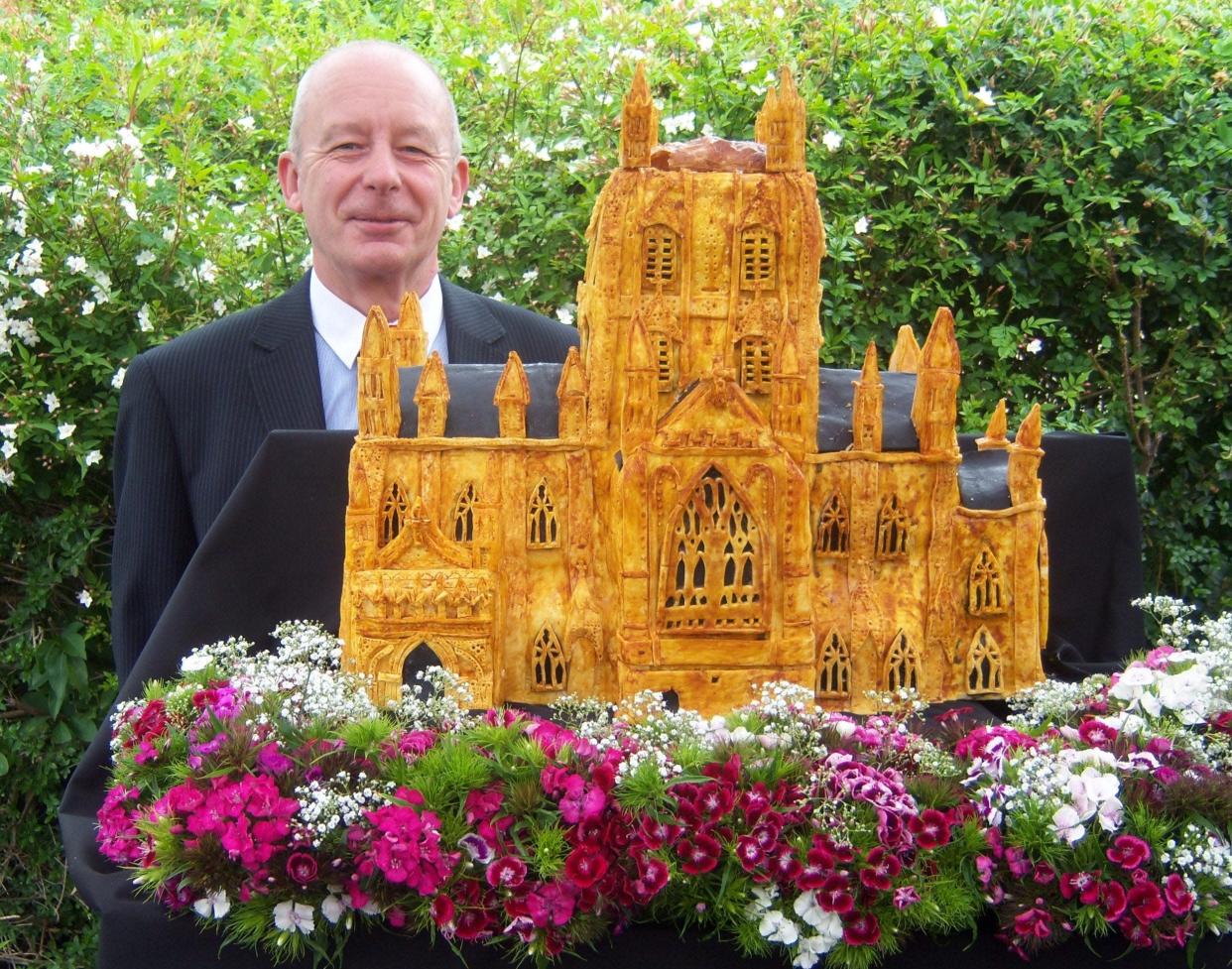 In England in 2002, “they were about to have the Queen’s 50th jubilee, and they had not been able to make a pie for 25 years. So, they asked if they could get lampreys from Canada, and since we’re a binational commission I said, ‘Sure.’ I sent over a batch that were frozen, some publican in Gloucester made the pie and I heard that the queen was very pleased.”

When Elizabeth II marked her 60th jubilee in 2012, the city of Gloucester called on the Fishery Commission again.

“For this pie, they went all out. They made it in the shape of the Gloucester cathedral, and the queen’s son Prince Edward received the pie,” Gaden said. Shortly before, he happened to be in England on vacation, “and so I was actually there to present the lampreys in person to the mayor.”

“I actually have a certificate saying I’m the purveyor of lampreys to the queen,” Gaden said.

He might soon be getting another phone call from England, and after that, another certificate, this time from a king.

Haiti's PM 'was involved in plot to assassinate the President'