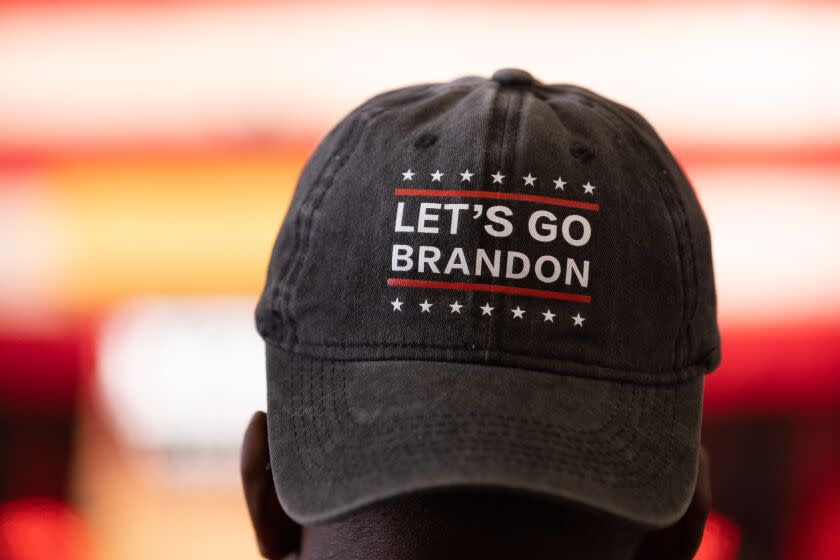 A San Francisco firefighter seen wearing a T-shirt while on duty with the conservative catchphrase "Let's Go Brandon" written on it violated department policy, a spokesman said.

The city employee was captured in a photo posted to Twitter on Saturday in a dark blue T-shirt that resembled the San Francisco Fire Department's official shirts, but had the message posted on the back. The photo shows him standing next to two other firefighters across the street from a firetruck.

Baxter said the department took immediate action and would follow internal and city policies to manage the situation.

The catchphrase on the T-shirt is a meme used by conservatives to insult President Biden. The cryptic jeer originated after Brandon Brown won a NASCAR race in Alabama in October 2021, when fans were chanting "F— Joe Biden," but a television journalist said they might be chanting, "Let's Go Brandon."

Since then, numerous Republican members of Congress have used the phrase.

"The fact is we have a uniform policy," said Daniel Gracia, president of San Francisco Fire Fighters Local 798. "You’re supposed to wear your department-issued department-certified equipment."

Man, 58, charged with murder after cops find body of his missing wife, 29, stuffed in freezer at his work – The Sun