‘The book is a timebomb which Charles and William wanted to defuse’: Royal author claims Harry ‘did not think he’d be in the UK when the Queen died and circumstances are different but memoir will still be published in November’

Prince Harry’s autobiography is a ‘ticking timebomb which Charles and William wanted to diffuse’, a royal author said today – as he claimed it will be published as planned in November despite the Queen’s death.

Tom Bower, whose biography of Meghan Markle was released earlier this year, said the book would be printed at Clays in Bungay, Suffolk, under conditions of great secrecy, with staff being checked on their way out for copies.

He added: ‘The book is a timebomb which Charles and William wanted to defuse. Harry did not think that he would be in the UK when the Queen died and the circumstances are different to how they all envisaged it.

‘That said I hear that it is being printed at Clays. It will take weeks to print and then weeks to distribute it globally.’

A source close to the duke disputed the accuracy of Bower’s account, although they did not comment specifically on the planned publication date. 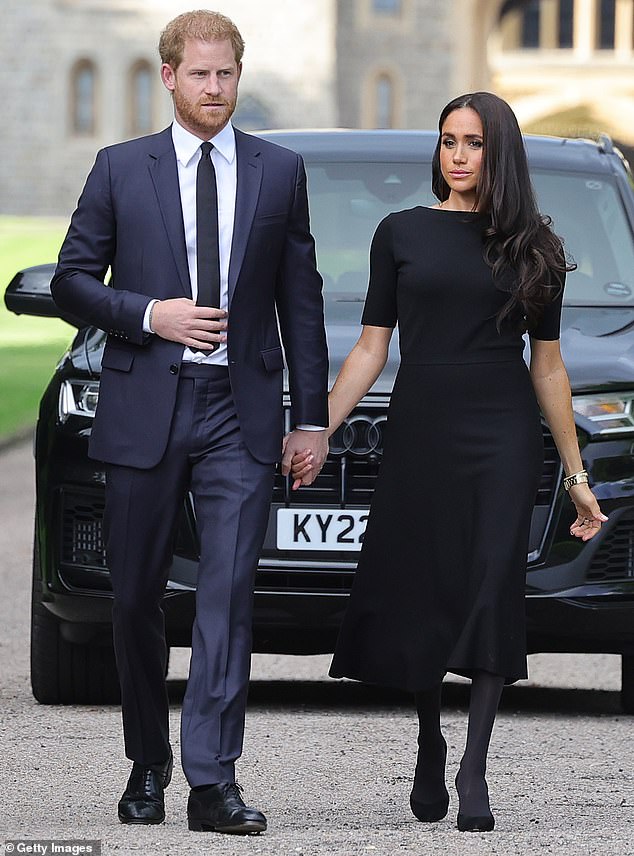 Tom Bower, whose biography of Meghan Markle was released earlier this year, claimed the Duke of Sussex was ‘insisting’ on the original date being honoured. Today, a source close to the Duke denied the claims Bower made to GB News

Last night, in an interview on GB News, he claimed the Duke of Sussex was ‘insisting’ on the original date being honoured.

‘I am told tonight that Harry is insisting that his book is published in November,’ he said. ‘Apparently the publishers are not too certain, but he says if they don’t publish it will be a breach of contract. That’s what I’m told.

‘It’s extraordinary. But on the other hand it fits the bill, because Harry and Meghan’s finances depend entirely on the book and on Netflix.

‘And also, I think they are convinced they’re in the right and they want to get their own back.’

Last night, a source close to the Duke denied the claims Bower made to GB News. Meanwhile, Penguin has previously announced that Harry will be donating proceeds from the book to charity.

Earlier this week, royal experts told MailOnline it would be a very bad look for Harry to publish anything controversial at this time.

Meanwhile, publishing sources have suggested that it may be pushed back to 2023 to allow Prince Harry time to write additional chapters on the passing of the Queen.

Phil Dampier suggested that despite Harry and William’s walkabout at Windsor earlier this week, the rift between the Sussexes and the rest of the Royal family is ‘as raw as ever’.

And fellow Royal commentator Richard Fitzwilliams said he never thought the book should have been written but for it to be published now, even with an additional chapter discussing the late Queen, would be ill-advised.

‘It is a matter for him how he wants to be perceived. With a new reign it is natural that his loyalty is to his father who is very fond of him.

‘What better way to show his loyalty than by postponing, even permanently, the memoir which never should have been linked to the Queen’s jubilee year. 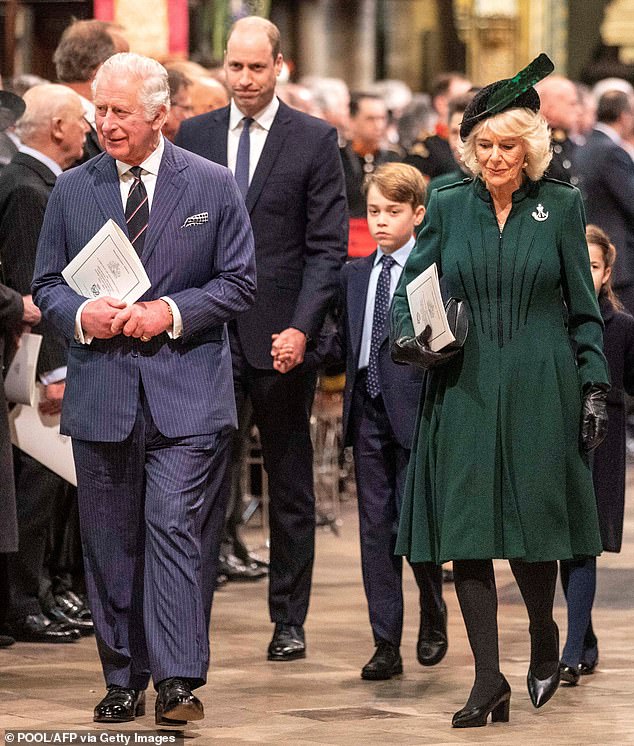 Previously, sources have claimed that neither King Charles nor Prince William, or their lawyers and advisers, have been given the opportunity to preview any parts of the manuscript

Mr Fitzwilliams said the damage to Prince Harry’s reputation would naturally depend on what the book discusses, which is still a mystery.

‘But it would be inappropriate for him to publish anything that had any controversial content especially at this time,’ he said.

Mr Dampier said publishing the memoir would ruin any chance of a family reconciliation, adding: ‘If Harry makes things worse there is no way back for him. That would be a line crossed and Charles and William would find it hard to forgive him.’

Sources allege neither King Charles nor Prince William, or their lawyers and advisers, have been given the opportunity to preview any parts of the manuscript.

The family has also received no specific information about the expected release date of the book, which is being published by Penguin Random House.

It was revealed in July that Harry and ghostwriter JR Moehringer had finished the book and the final manuscript had been signed off by lawyers. But now there might be a frantic re-write if the Prince does still intend to release the memoir this year.

According to a report in Radar earlier this week, a publishing expert has said that the book will be delayed to allow Harry time to write additional chapters to talk about the passing of the Queen.

‘They don’t want the book to be out of date before it’s even published,’ the source added. ‘It will also give Harry a chance to reflect on his thoughts about his father.’ 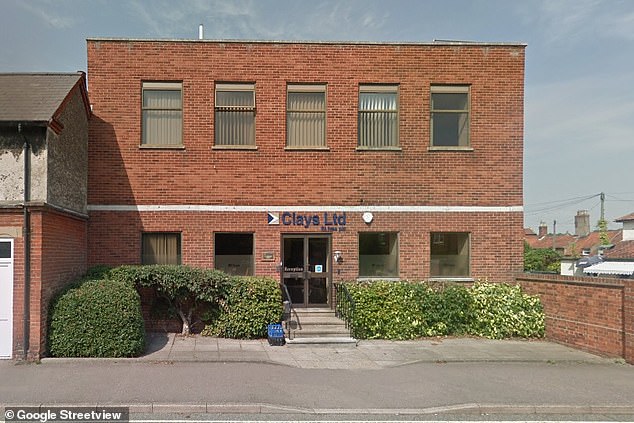 Bower said the book would be printed at Clays in Bungay, Suffolk, under conditions of great secrecy

Even before the Queen’s death, Page Six reported that publishers had been querying the imminence of the book’s release as it was still not available on Amazon or elsewhere for very important pre-sales.

One source told the website: ‘I have heard that Harry has some truth bombs in his book that he is debating on whether to include or not.’

Penguin Random House has described the book as ‘a heartfelt memoir from one of the most fascinating and influential global figures of our time’.

The publisher’s website says: ‘Prince Harry will share, for the very first time, the definitive account of the experiences, adventures, losses, and life lessons that have helped shape him.

‘Covering his lifetime in the public eye from childhood to the present day, including his dedication to service, the military duty that twice took him to the frontlines of Afghanistan, and the joy he has found in being a husband and father, Prince Harry will offer an honest and captivating personal portrait, one that shows readers that behind everything they think they know lies an inspiring, courageous, and uplifting human story.’

Prince Harry, who will be donating any proceeds to charity, said he hopes his story will ‘help show that no matter where we come from, we have more in common than we think’.

Penguin Random House has not yet released a statement on whether the explosive release will be delayed in light of Queen Elizabeth’s death.

MailOnline has contacted the publisher and the Duke’s lawyers for comment.

Tourists describe trying to save survivors of White Island volcano